Loeb picked up a second Dakar 2017 stage win in Friday's Tupiza-Oruro leg, seeing off Nani Roma and Stephane Peterhansel despite a minor navigational mistake late on.

While several leading contenders have lost major chunks of time with navigation issues so far, Loeb has been relatively unaffected, although he did lose half an hour to engine woes on Thursday.

Asked if he felt he was reaping the rewards of his preparation, Loeb told Autosport's sister title Motorsport.com: "For sure. Last year we wouldn't be capable of doing this.

"I think Daniel improved a lot in the navigation, and we work much better together in the car - so for sure it helps a lot now.

"It gives us confidence to be able to win some stages with a lot of navigation, and to be - after some complicated stages - still in the fight for the lead, even with 25 minutes stopped in the stage with [engine] trouble.

"It gives us some confidence, but we also see that any driver, any co-driver can be lost in some place.

"We know anything is possible." 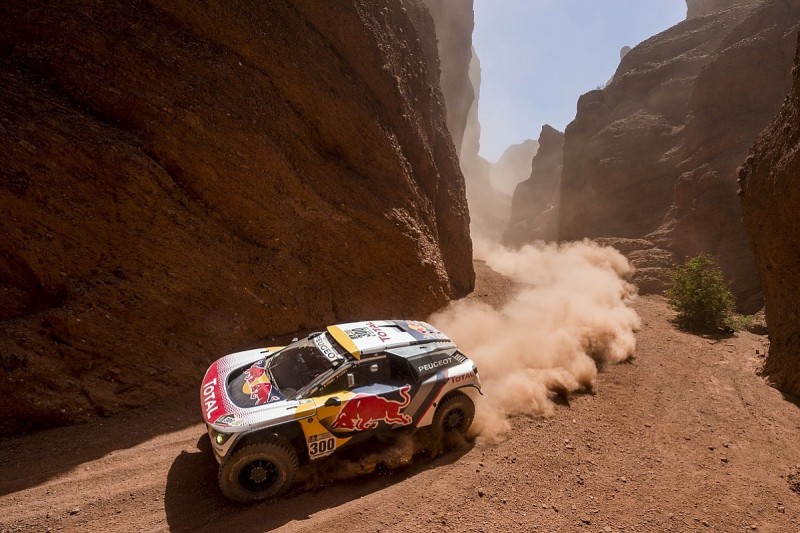 Loeb sits second in the general classification entering the second week, just over a minute behind Peugeot team-mate Peterhansel, who dropped only 90 seconds to the nine-time WRC champion on Friday.

The reigning Dakar winner however says that leading at the halfway point of the event - with Saturday's sixth stage washed out - is "merely symbolic", especially as the top four are split by just over five minutes.

"It's getting quite close at the front," he said.

"It's only the fifth day of the race, and there have already been four different leaders, always with a small gap.

"It's merely symbolic to lead the Dakar at this stage, it doesn't mean anything."