Sebastien Loeb claimed his second stage win of the 2017 Dakar Rally on Friday, as Peugeot team-mate Stephane Peterhansel took the lead in the overall classification

Despite the timed section being cut virtually in half, both Peterhansel and Loeb managed to make up enough time on the third Peugeot of Cyril Despres to leapfrog their stablemate in the rally standings.

Friday's Bolivia-based stage from Tupiza to Oruro was originally to feature a 278-mile timed section, but adverse weather conditions closer to Oruro forced the to move the finish line to the neutralised zone at midway.

Having given up the lead on Thursday due to engine troubles, Loeb was in control, leading at each point on his way to the finish.

The Frenchman was a full six minutes ahead of his nearest rival Nani Roma (Toyota) at one point, but a navigational hiccup for Loeb allowed Roma to finish just 44 seconds adrift. 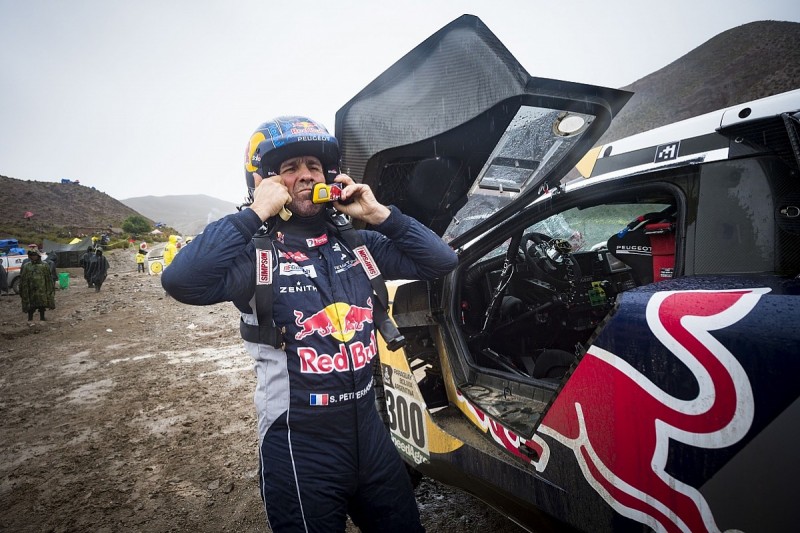 Peterhansel, having lost track at the earlier waypoint, managed to finish the stage a minute-and-a-half behind Loeb, remaining ahead of his team-mate in the overall classification to become the new leader.

Despres, who opened the running after having taken his first Dakar stage win on four wheels on Thursday, lost more than 10 minutes at the third waypoint and was a distant fourth at stage end, just ahead of Peugeot privateer and 2016 World Endurance champion Romain Dumas.

With Carlos Sainz having retired after his Thursday crash, Despres now rounds out an all-Peugeot top three, one minute up on the French marque's new nearest rival Roma.

Roma has taken that title from X-Raid Mini's Mikko Hirvonen, who had a torrid stage in terms of navigation and lost more than half an hour.