Much of the action came on the opening lap, with Muller passing RML Chevrolet team-mate Tom Chilton around the outside of Turns 1 and 2, but in turn falling victim to the fast-starting Honda of Tiago Monteiro.

The Portuguese driver ran wide heading into the final corner however, dropping down to eighth and establishing a top four of Michelisz, Alex MacDowall, Muller and Chilton that remained in formation until the finish.

Muller's podium was easily enough to secure an insurmountable points lead, and with it a third title with Chevrolet before he departs for Citroen next year.

The Frenchman almost sealed second after staging a late assault on MacDowall, but the Briton's defence held up, allowing him to secure a career-best second place by just three hundredths of a second.

Neither man could touch Zengo driver Michelisz, who preserved his advantage from pole and rapidly disappeared out front, eventually winning by nearly five seconds.

The orderly top four was in stark contrast to wild battles down the field, in which the two works Hondas were the main losers.

Gabriele Tarquini was hit by technical issues when running fifth, while Monteiro came out worst after a long side-by-side battle with Pepe Oriola ended with his Honda being squeezed into a tyre stack on the apex of Turn 7. 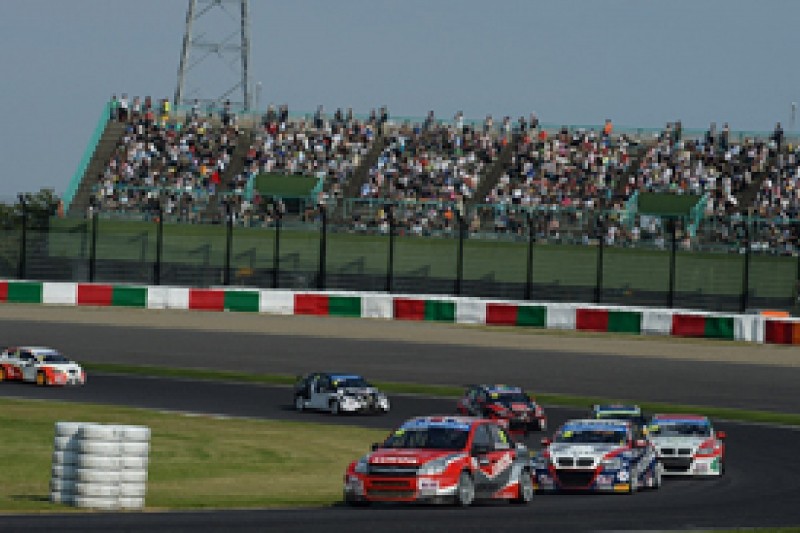 Oriola was handed a drive-through penalty for the scrap, with Monteiro forced to retire.

The Briton had to work hard to fend off 2012 champion Rob Huff, Tom Coronel, Marc Basseng and Fernando Monje, all of whom had previously been bottled up behind the Monteiro/Oriola duel.

Takuya Izawa finished as the second Honda, and first of the series' nine newcomers, in 12th, fractions behind race two polesitter Mehdi Bennani.