Tiago Monteiro completed the podium despite cruising across the line, with works Honda team-mate Gabriele Tarquini - whom he picked off at half distance - missing out by just seven tenths of a second.

Newly-crowned champion Yvan Muller and race one winner Norbert Michelisz were both victims of the starting melee.

The pair made contact in the squeeze away from the line, with Muller hitting the barriers and Michelisz suffering a race-ending puncture.

That was in contrast to front-row men Bennani and Coronel, who maintained their advantage off the grid and began pulling away from the chasing pack even while squabbling over the lead in their BMWs.

Coronel looked to Bennani's inside at Turn 1 almost without fail over the first half of the race, only for the Moroccan to stick it out around the outside each time and claim the line for Turn 2.

That finally reversed on lap 17 however as Coronel this time lunged at the second right-hander, catching Bennani by surprise and allowing the Dutchman to slip into a lead he would convert for his fourth WTCC win.

Monteiro was likewise able to pull away from Tarquini, although the gap was all but wiped out at the flag as he eased off.

Tarquini held on to fourth ahead of Chevrolet pair James Nash and Tom Chilton, while Charles Ng got the better of 2012 champion Ron Huff in a fantastic battle for seventh. 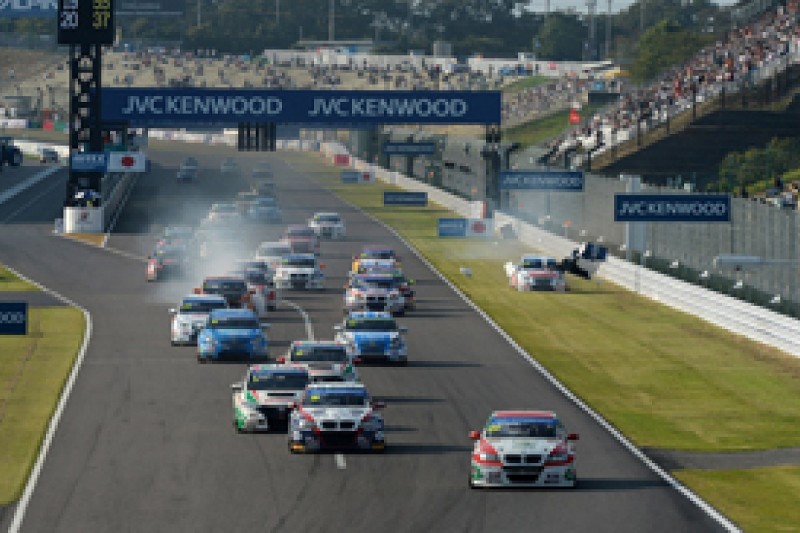 It was even more fraught behind as Alex MacDowall, James Thompson, Marc Basseng, Stefano D'Aste. Darryl O'Young and Fernando Monje squabbled over the final points-paying positions.

Thompson held ninth going into the final lap, but was nudged out by Basseng and ended up dropping to 13th, just ahead of MacDowall.

Masaki Kano, called up to replace the injured Franz Engstler, was the best of the Asian newcomers in 16th.

Yvan Muller says fourth WTCC title is the sweetest yet