A statement from Silverstone labelled the CoW project "unviable", and said government assistance could amount to "illegal State aid".

"Silverstone has no objection to competition between UK circuits, but it has to be a level playing field," the statement read.

"When Silverstone circuit was recently looking for support to secure the future of the Formula 1 British Grand Prix and protect Motorsport Valley the application was denied on the basis that this would be classed as illegal State aid.

"In the absence of such aid, Silverstone had to sell off assets.

"Silverstone has been advised that an injection of funds by the Welsh and/or UK governments to the Circuit of Wales project could also amount to illegal State aid, as a transfer of State resources would give Circuit of Wales an economic and selective advantage over other circuits (and developments).

"There are currently a number of well established, privately funded circuits in the UK, including Wales, that feel that the British motorsport industry would be threatened by the addition of a government funded circuit.

"Based on its unrivalled knowledge and experience of running an international motor racing venue for over 60 years, it is Silverstone's view that the Circuit of Wales project is unviable."

Silverstone also paralleled the CoW's attempt to snare MotoGP in 2015, despite construction work not having yet started, to Donington Park's ultimately abortive attempt to poach Formula 1 five years ago.

"In 2008, UK motorsport experienced a similar scenario, when a previous management team at Donington Park circuit underestimated the financial realities of hosting Formula 1," the statement continued.

"A proposed major upgrade failed to materialise due to unrealistic projections and a consequent lack of investment. 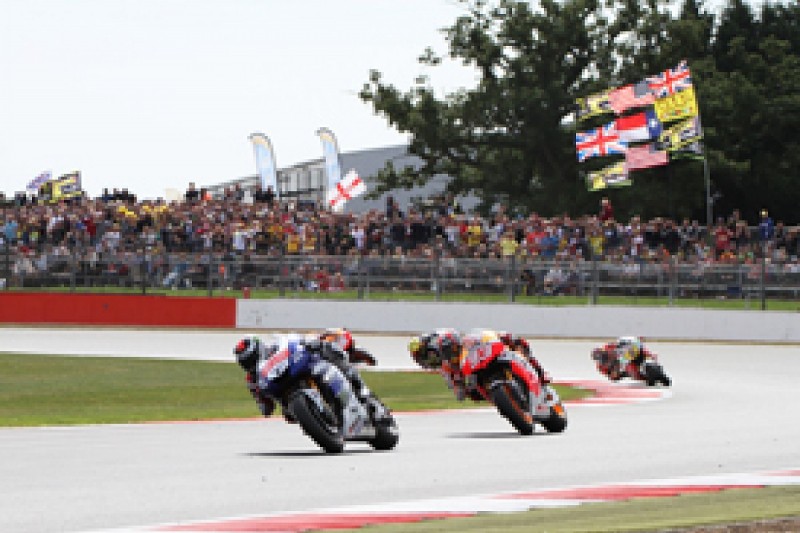 "Silverstone reiterates that it is sympathetic to the economic situation in Ebbw Vale, but motorsport at circuit level is not particularly profitable and is often loss making.

"Many UK circuits are under-utilised and struggle for revenue. It is unrealistic to suggest Circuit of Wales will be the exception."

CoW project boss Michael Carrick told AUTOSPORT last week that construction could only begin once a marquee event had been secured.

"It's crucial that we have international motorsport," he said.

"There has to be an anchor event. We have to be able to lock down, prior to our construction, a major event."