Elfyn Evans is second in a Toyota 1-2, with overnight leader Thierry Neuville and his Hyundai team-mate Ott Tanak trailing behind.

Neuville, Tanak and fellow Hyundai driver Craig Breen all started the day on two of Pirelli’s hard compound tyres and two of the softer compound with a single soft spare.

The soft rubber had been the way to go in the cooler conditions on Friday, as proven by the 24 seconds lost by Tanak on his all-hard choice.

But Saturday dawned warm and sunny and the option of hard tyres all round, as chosen by all of the Toyota and M-Sport Ford runners, proved to be the way forward.

Neuville’s 7.7s overnight advantage turned into a 4.3s deficit after Ogier took command with his fourth consecutive stage win of the event on SS9, Evans slotting into second behind him.

After Toyota's Japanese protege Takamoto Katsuta won the day's second stage, Ogier and Evans extended their advantage with one stage win apiece on the remaining two stages of the loop, while Neuville struggled with his tyres, a broken brake disk and a recurrence of the low speed engine stalling that blighted his 2020 season.

The Belgian thus trailed Ogier by 19.7s as they returned to service, with Tanak a further 18s behind in fourth as he struggled to regain any of the half-minute deficit he'd given up to Neuville on Friday.

“For us it was pretty clear that [the hard compound] was the choice this morning so we were a bit surprised to see the choice of the Hyundais,” said Ogier. 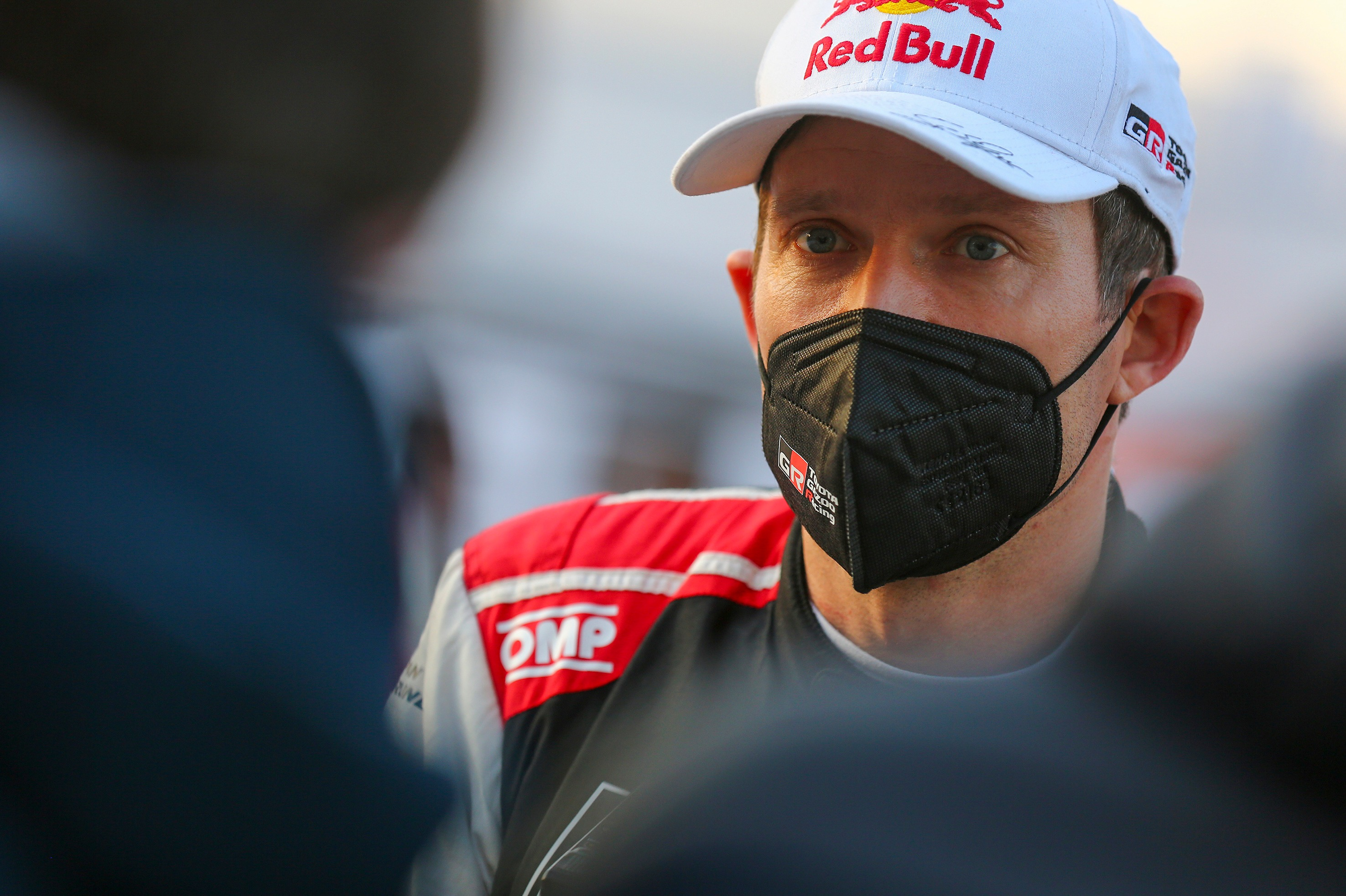 Hyundai principal Andrea Adamo took full responsibility for another event, such as Monte Carlo this year and Turkey in 2020, in which his team’s strategic frailties were left cruelly exposed.

“From when I’m here, most of the time, when there has been a difficult tyre choice we were able to pick the wrong one,” he said.

“So it’s something in the organisation I set up that doesn’t work. I take responsibility for it, and for which I had better move my ass and solve it.”

Unusually perhaps, the Hyundai drivers were rather more sanguine about their plight than the man in charge.

“I think you should not listen Adamo too much, he’s always very critical to himself and then it’s obviously not everything down to himself,” said Tanak.

With their cars on the correct tyres for the afternoon loop, the Hyundais went off with a request to "make miracles" from their team boss and Neuville duly delivered, winning the first of the afternoon tests and benefitting from a puncture for Ogier to reclaim 10s.

On SS14 it was Katsuta who repeated his morning form and won again, helping him to place seventh overall by the end of the day.

Neuville’s fightback was slowing however, as he claimed back just 0.1s from Ogier and then tied with the Frenchman on the penultimate stage of the day. He closed off the second day 10.4s behind Ogier and with 6.9s to find on tomorrow’s four stages to overhaul Evans for second place. 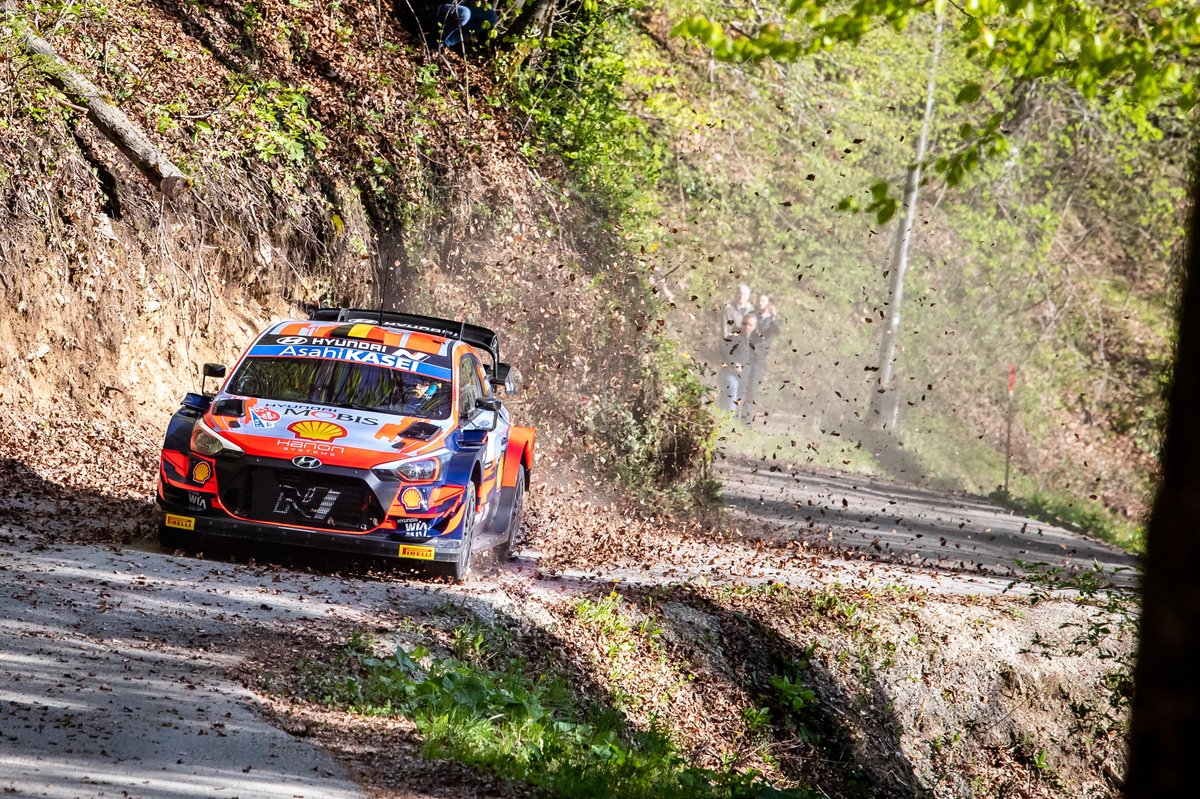 “I had an issue with my jack and I couldn’t change tyres all afternoon loop, so my tyres were already a bit dead for the last stage,” the Belgian said. “I tried to continue to push and obviously we expected to lose a little bit.”

Tanak holds a lonely fourth place, almost half a minute behind Neuville and 51s ahead of impressive WRC debutant Adrien Fourmaux's M-Sport Ford.

The Frenchman's team-mate Gus Greensmith, partnered with veteran co-driver Chris Patterson for the first time, has also shown flashes of potential to hold sixth overall ahead of Katsuta, with Breen's third Hyundai rounding out the WRC runners.

In WRC2, Nikolay Gryazin took the lead briefly after overnight leader Mads Ostberg struggled to find confidence in his pacenotes. But Ostberg swiftly overhauled the Russian, who then lost his power steering and more than a minute, allowing Teemu Suninen through into second.