Thierry Neuville snatching a win on the final day of the Croatia Rally is far from impossible despite a 10.4s deficit to Sebastien Ogier, according to Hyundai boss Andrea Adamo.

This dropped Neuville from first place to third on Saturday’s morning loop, although he produced a strong recovery drive on the second pass - helped by a slow front-right puncture for Ogier on stage 13 - to almost halve the Frenchman's 19.6s advantage.

Neuville currently sits third, with the second Toyota of Elfyn Evans between himself and leader Ogier.

Asked if Neuville could turn things around on Sunday, Adamo said: “For sure, he has a chance but the stages tomorrow will be even more different from the ones that we have seen in the past two days.

“I think that it will be entertainment – if that is the proper word in English – for you, but if we want to be realistic nothing is decided. 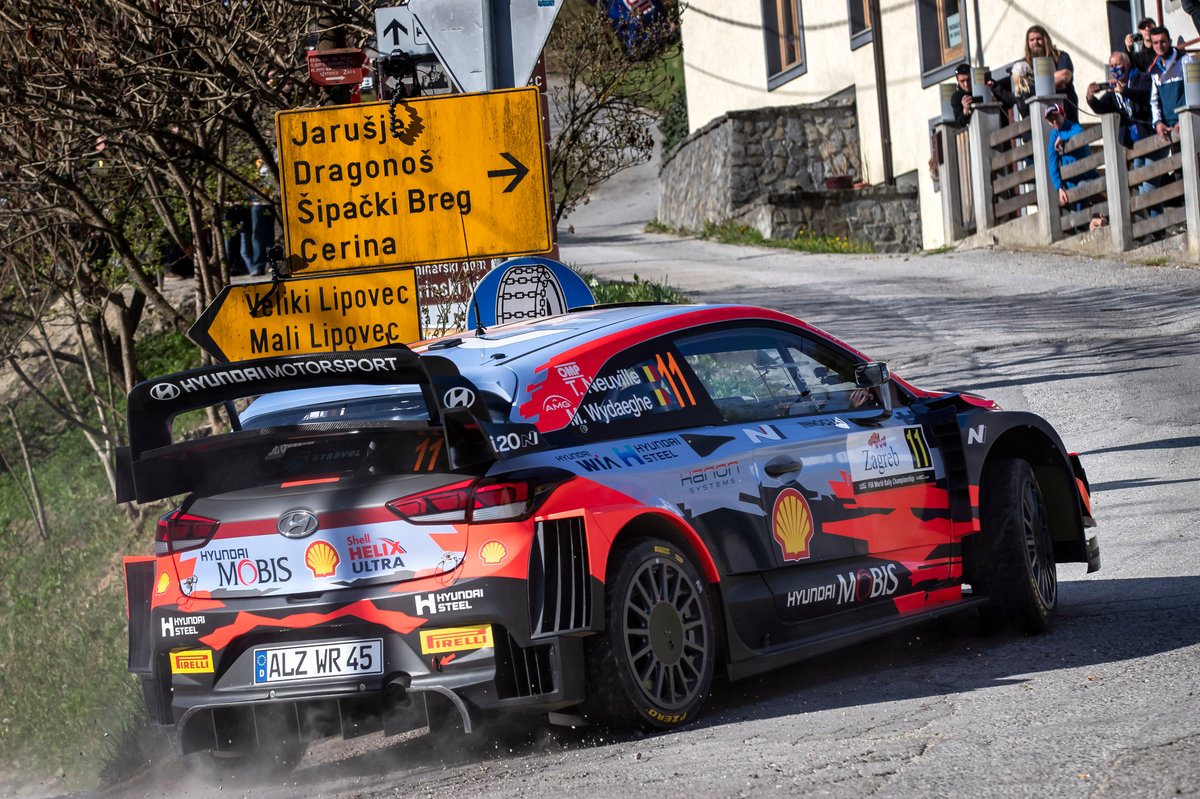 “The difference between them is so close it’s difficult to catch up without external factors.

“It’s not impossible – but it will be really tough and a case of managing a high level of pressure and tension during tomorrow.”

Adamo confirmed he would not be initiating team orders as part of his planning for Sunday, insisting every point would prove crucial in the manufacturers’ title race just three rounds into the 2021 season.

“It is too early to play games,” he said.

“I think in this case, with ten seconds, you cannot tell them to back out.

“This title race will be a two-horse battle and you cannot afford to let some points slip through without fighting until the last moment because if you sum up first and second, and third and fourth points, the gap is a lot.

“I think we have to try because I do not want to complain later on in the season about some missed points here and there. Of course, if you put pressure on the one in front it is nice.”