The French manufacturer insisted that its "goal is still to be there in 2022" in a brief statement made in the wake of this week's announcement of further details of the LMDh regulations by the WEC promoter the Automobile Club de l'Ouest and IMSA in North America.

But it stated that a decision on which type of car to build, originally due at the end of March, had yet to be made.

Jean-Marc Finot, motorsport boss of marque parent company PSA, explained that the "endurance project has been moving ahead in the right direction" despite the world health crisis.

"The whole staff has stood together and remained motivated, and research and development has been continuing at home thanks to means provided by the PSA Group," he said.

He added that the impact of home working by the development team on the project was still being analysed.

Peugeot has yet to reveal whether it will join the series from the beginning of the 2022 season, following the WEC's abandonment of the winter-series format last month.

Last year's announcement of its return to the pinnacle of sportscar racing for the first time since 2011 stated that it would be back on the grid in 2022.

It intended to be ready for the start of the 2022/23 campaign, but wasn't ruling out racing what was originally planned to be a LMH prototype over the second half of the 2021/22 campaign, the Le Mans 24 Hours included.

Finot expressed satisfaction with the initial draft of the LMDh rules, which will allow manufacturers to race the same machinery in the WEC and the IMSA SportsCar Championship.

"It was essential to have joint rules on parameters such as weight, power and aerodynamic, and this has been achieved," he said.

"We followed with great interest the evolution of LMDh regulations and convergence between its rules and those for LMH.

"We are satisfied with this ACO/IMSA/WEC announcement and especially with the confirmation of technical issues linked to the Balance of Performance, which will ensure a sporting equity between both categories." 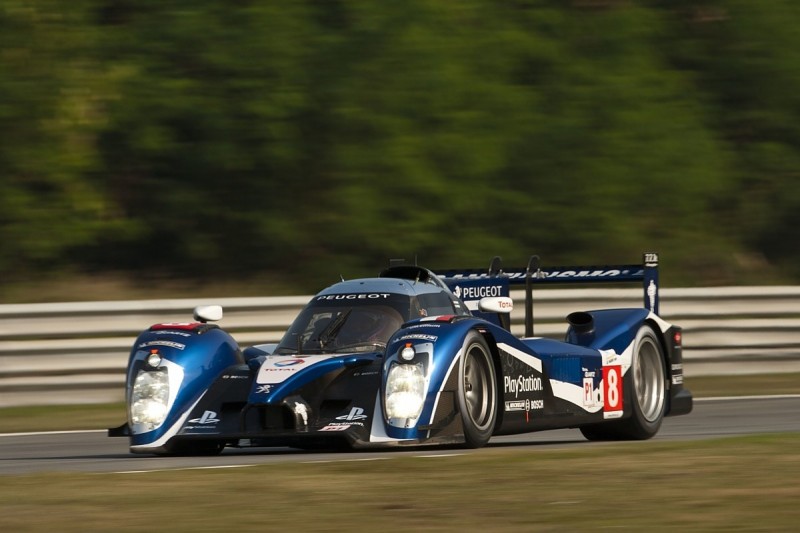 Finot had been lobbying for what he called "perfect equity" between the LMH and LMDh classes.

Thursday's LMDh announcement stated that the cars would have a minimum weight of 1030kg and a combined power output from the internal combustion engine and the spec rear-axle hybrid system of 500kW (670bhp).

That compares with the 1100kg and 550kW (735bhp) announced for LMH machinery last June.

Finot hinted that the decision on which class of car to build, which had been due in March, is imminent.

"The last economic metrics should be soon available, so we will able to make a 100 percent comprehensive review," he said.

"Peugeot will reveal, in due time, the category in which the brand will come back in endurance in 2022."

Finot's comments on the importance of cost reduction could indicate that Peugeot is leaning towards the cheaper LMDh category and developing a car out of an LMP2 chassis built by one of the four licensed constructors.

"Motorsports after the crisis will have to show a bigger social and environmental responsibility and its costs will have to be significantly lower," he said.

"Priority should be given to attractiveness and entertainment rather than unreasonable technological developments we have been facing."

Peugeot has already agreed to work with the Ligier marque, which had its P2 license extended in January, on the aerodynamics of its 2022 WEC contender.

Watch hundreds of hours of WEC and classic Sportscar action on Motorsport.tv. Subscribe for just £3.99 per month