Darren Cox has predicted that the Nissan GT-R LM NISMOs will be "significantly faster" than the LMP2s despite the delays in the project and a downgrading of the car's hybrid system into the two megajoule class.

"What did they qualify at last year, a 3m37s? We will be way ahead of that," he told AUTOSPORT.

"There have been a lot of predictions on social media that are completely wrong.

"We have a time that our simulations tell us we can do, but it is not a target and we are not going to say what it is."

Cox stressed ahead of this weekend's Le Mans test day, when the GT-R LM runs against all its rivals for the first time, that there would be no qualifying shot from Nissan in race week.

Cox revealed that Nissan had not developed a qualifying tyre together with supplier Michelin as a result of the delays in the GT-R LM programme.

"We think we have got a good first-year set of tyres that are matched to our car," he said.

"We don't have a set of tyres that will last two laps and are worth two seconds; we have a four-stint set."

Cox asked for judgement to be passed on the Nissan a few hours into the blue-riband round of the World Endurance Championship on June 13/14.

"Judge us on the end of the first driver stint," he said.

"So in other words after we have gone through two or three fuel cycles and changed tyres."

The Nissan Motorsports squad shook down two of its three GT-R LMs, including one that had not previously turned a wheel, on the Le Mans airfield adjacent to the circuit on Thursday.

Keep up with the latest from the Le Mans pre-race test in AUTOSPORT Race Centre Live from 9.30am UK time on Sunday 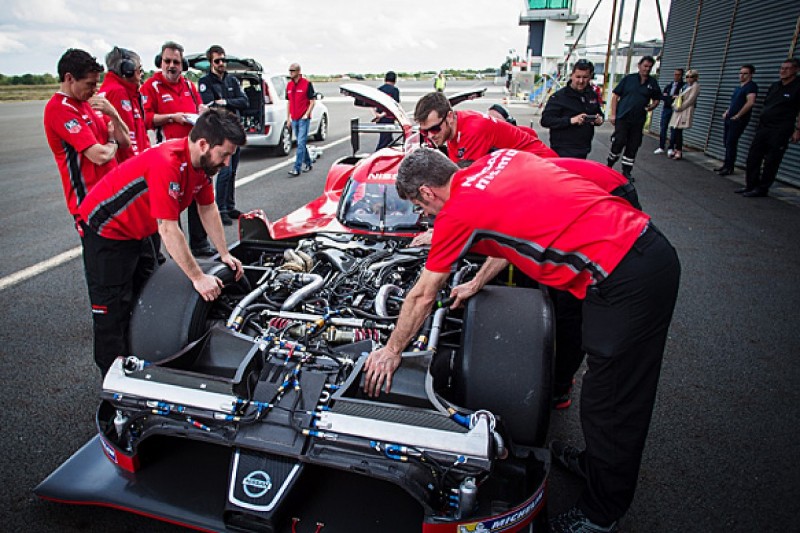