SMP has filed WEC entries for a pair of ORECA-Nissan 03s and contracted Minassian to share the lead car with Maurizio Mediani and Sergey Zlobin, who were part of the team's toe-in-the-water P2 campaign in the final three rounds of last year's European Le Mans Series.

The Italian AF Corse team looked after the P2 programme for SMP last year and will continue to run the cars in the WEC, presuming the team receives entries.

Minassian, who joined the AF-run Pecom Racing P2 set-up in the second half of 2012, told AUTOSPORT: "I'm really happy to be staying in P2 in the WEC with SMP, because it is so competitive and there is a lot of strategy involved.

"There are lots of good drivers and teams, so you have to drive every stint like a sprint.

"I have two new team-mates, but Maurizio is very experienced and I have been very impressed by Sergey."

SMP managing director Benjamin Durand said that Minassian was a natural choice for the team.

"Nic will be a reference for us: he knows the team and the car, he is a good team player and will be able to help our drivers, and he is also one of the quickest LMP2 drivers," he explained.

The second SMP ORECA will be driven by an all-Russian line-up made up of brothers Kirill and Anton Ladygin and Viktor Shaitar. 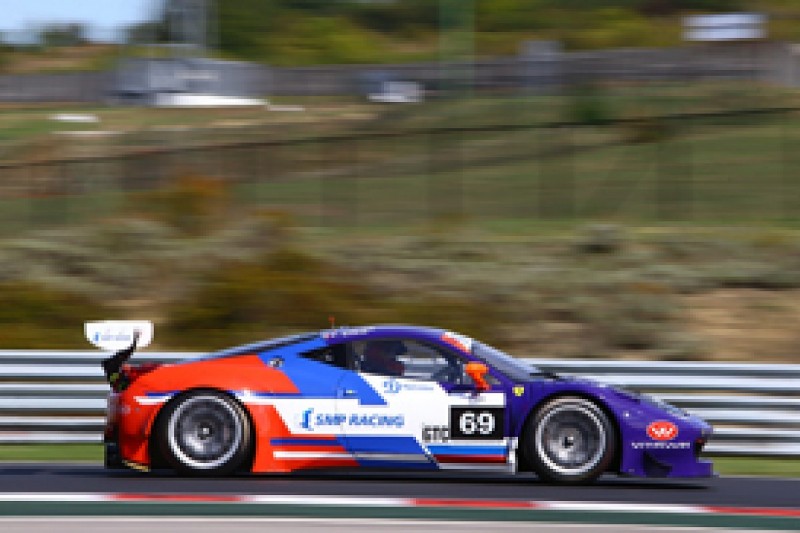 Kirill Ladygin and Shaitar are graduating to the P2 programme after winning the GTC class with Fabio Babini of the ELMS last season (pictured).

It has yet to be decided whether the SMP ORECAs will run on Michelin or Dunlop tyres.

SMP has maintained the link with AF because it plans to run four Ferrari 458 Italias - one in GTE and three GT3 versions in GTC - in the ELMS from its workshops in the south of France.

Ferrari factory driver Andrea Bertolini will be joined by Shaitar and Zlobin in the GTE entry.

SMP is also continuing to work on its own P2 coupe design: Peugeot 908 designer Paolo Cantone has completed the first phase of the design and the car is scheduled to be ready to test in the autumn.

McNish and Minassian on stage at Autosport International