The 44-year-old Frenchman, whose full title is sporting director for business development, has been given a wide-ranging role with the team that will make its Le Mans 24 Hours debut this season alongside an expanded campaign in the European Le Mans Series.

Minassian, who raced for DragonSpeed at last year's Sebring 12 Hours, will work with the team's drivers and use his contacts in sportscar racing to develop business for the future, at the same time as being listed as the team's reserve driver.

His appointment by the team founded by one-time British Formula 3 Championship race winner Elton Julian follows DragonSpeed's expansion from one to two cars for this season.

DragonSpeed, which claimed victory in last year's Spa ELMS round, has linked up with Russian entrant G-Drive Racing to field a second car at Le Mans and in the six-round European series.

Minassian said: "Working on the sporting side of the team allows me a free reign to contribute in a number of ways.

"I am enjoying working with the drivers on performance, and have also enjoyed working with Elton in the close season to help find and finalise the crew for the second, G-Drive car."

Julian added: "With the expansion of the team to two cars this season Nic's input will be vital, not just with the work he will do with the drivers, but in working alongside me to build up the business side of the team." 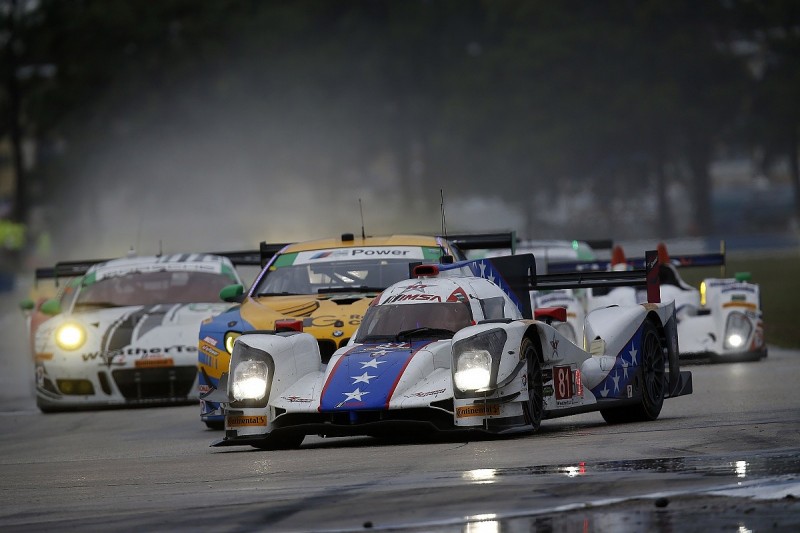 Minassian has taken up the role as he winds down a driving career that included 17 Le Mans starts, with a best result of second place at the wheel of a Peugeot 908 HDi in 2008.

He was British F3 frontrunner, a three-time race winner in Formula 3000 and had a brief stint in CART in the US with Chip Ganassi Racing.

DragonSpeed has completed the line-up of the G-Drive car for this year's ELMS.

Twenty-one-year-old Frenchman Leo Roussel, who has raced for the Pegasus P2 team for the past three seasons, will join Toyota development driver Ryo Hirakawa and three-time Daytona 24 Hours winner Memo Rojas in the car.

The line-up of Nicolas Lapierre, Ben Hanley and Henrik Hedman is unchanged in the regular DragonSpeed car.

McNish and Minassian on stage at Autosport International