Former World Endurance Championship title winner G-Drive Racing will make a full-time return to the series in 2022 after an absence of three seasons.

The Russian entrant, which won the WEC LMP2 crown in 2015 with a Ligier run together with OAK Racing, will field a single ORECA-Gibson 07 P2 supported by the Algarve Pro Racing team in the six-race world championship.

G-Drive, which this year raced under the Russian Automobile Federation flag, will also contest the Daytona 24 Hours for the first time as part of its 2022 programme.

The WEC entry ensures that G-Drive will return to the Le Mans 24 Hours for a 10th consecutive season in LMP2 next year.

No drivers have been announced for the WEC assault, but Roman Rusinov, who has driven for G-Drive since 2013 alongside his role managing the Gazprom energy brand's sportscar programme, will not be part of the WEC line-up.

It is understood that two of the three drivers for the car have been signed already.

Also unclear is whether G-Drive will continue its association with Russian limousine builder Aurus, whose badges its ORECAs have carried for the past three seasons. 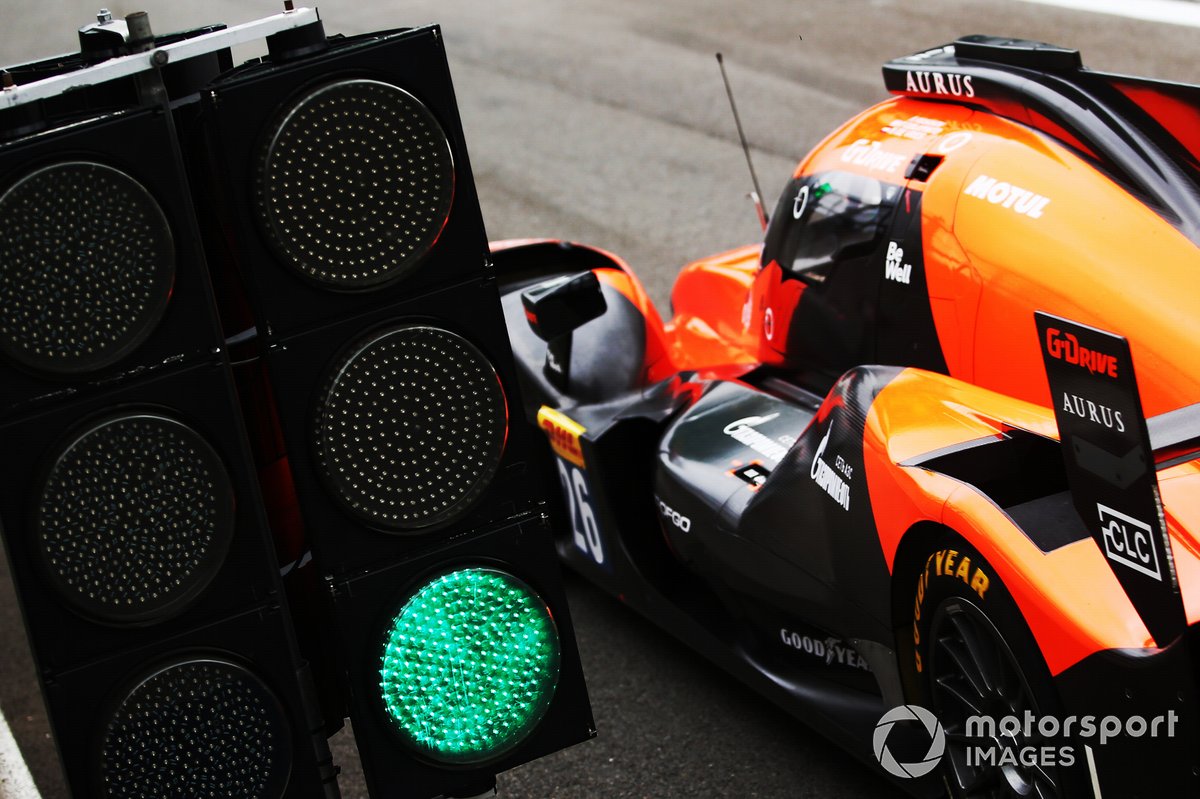 A return to the WEC for G-Drive follows its concentration on the European Le Mans Series since 2018 and a run of three titles since it started its relationship with APR at the end of 2019.

It won the 2019/20 Asian Le Mans Series and repeated the feat in the short 2020 series, before going on to win the Pro/Am LMP2 subclass in the ELMS this year.

G-Drive team principal Rusinov said: "The final programme is still being formed: the process of selecting our drivers for the upcoming season is ongoing and we will announce our final line-up in due course."

He explained that he is not planning to race in the WEC in order to "concentrate on the team's management of the team as we challenge for even more title success".

Alexander Krylov, head of G-Drive Racing, described 2022 "as a very special one" for the organisation.

"G-Drive Racing has established itself as the most successful team in LMP2 history, but we do not intend to stop here and have begun our intense planning and preparations for the upcoming racing season," he said.

Two LMP2 ORECAs will be entered for Daytona, the opening round of the IMSA SportsCar Championship in January, under the G-Drive Racing by APR banner.

The driving roster for the two cars is known to be set and all the drivers have tried out an IMSA-spec car in Portugal over an extensive test programme spanning four days at Estoril and two at the Algarve circuit near Portimao.

G-Drive is working to finalise plans to remain in the ELMS, in which it scored a hat-trick of outright titles in 2016 to '18 supported by three different teams.

APR is also known to be eyeing a programme separate from its G-Drive deal to field a second car in the WEC.