ByKolles had skipped the Sebring World Endurance Championship round at the start of the year in order to switch from Nissan's turbocharged V6 unit to the more proven naturally-aspirated Gibson V8 also used by the Rebellion Racing and DragonSpeed LMP1 teams.

The ENSO CLM P1/01 made its debut with the Gibson engine at Spa, where it enjoyed a trouble-free run until Dillmann was put in the barriers by ORECA LMP2 driver Jordan King.

In the run-up to Le Mans, Dillmann explained that the cold conditions in Belgium had prevented ByKolles from getting a full understanding of its new-configuration car, and the test day at La Sarthe - held in hot conditions - exposed problems it had not previously discovered.

Dillmann and his team-mates in the #4 car, Oliver Webb and Paolo Ruberti, managed to complete 163 laps in the race itself before retiring with a terminal gear selection problem at around 4am.

"We missed mileage to find these issues before Le Mans, the car was finished way too late, just before Spa.

"It should have been finished earlier, that was the plan. We were not ready."

Explaining the issues that compromised and finally ended ByKolles' race, Dillmann continued: "The problem after five hours was a water leak. We fixed it, but it took us an hour.

"Paolo went out for one hour and it failed again, so we had to fix it again, that took an hour and a half. From then on we were nowhere, but still with the aim to finish.

"Paolo went out again, I went for three hours, no problems. Then the shifter failed after Indianapolis. It was stuck in a false neutral, there was no way to bring the car back.

"I took the engine cover off, tried to do a few things, I was in contact with the team by phone. But there was no way to get it in gear. I couldn't get it back."

Dillmann believes that, with one of the SMP BR Engineering BR1s crashing out and both Rebellion R-13s enduring fraught races, a top-five was on offer for a clean run.

"That was the aim, but it didn't happen. We were not reliable enough." 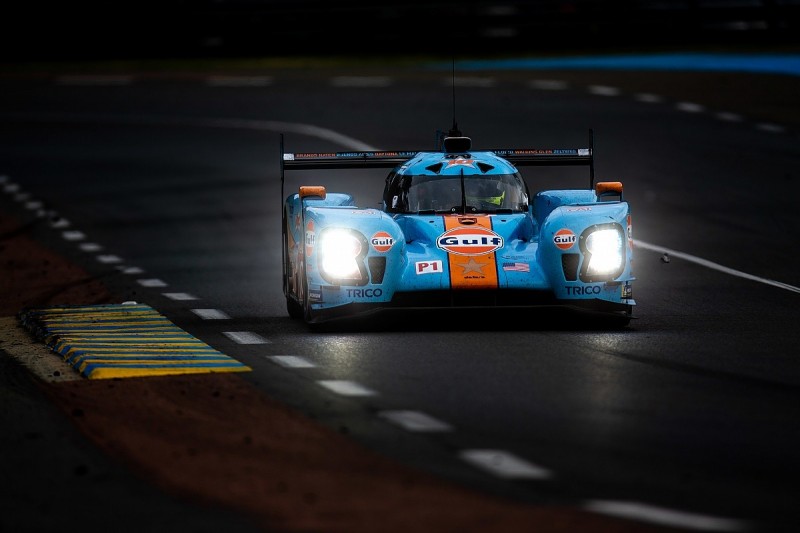 Besides ByKolles, the only other LMP1 non-finishers at Le Mans were the #17 SMP car, after a night-time crash for Egor Orudzhev, and the Gibson-powered customer DragonSpeed BR1.

"We had a lot of problems all week, especially with the electronics," van der Zande told Autosport.

"We worked until Saturday to try and solve the issues, but every time a different problem came up.

"It's a massive disappointment because we invested a lot of time, money and energy in getting this car to the start.

"The positive thing is that the team wants to return to Le Mans [next year], but with a bulletproof car, probably an LMP2." 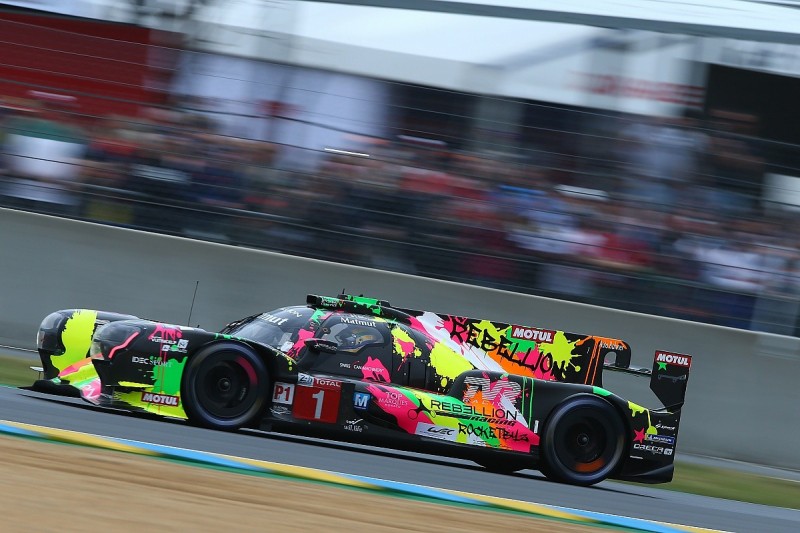 Rebellion was locked in battle with SMP for privateer LMP1 honours with its #3 car, but its #1 dropped down the order and out of contention early on.

An off for Bruno Senna at the Esses, a puncture and a rear damper change proved costly, but three-time Le Mans winner Lotterer suggested the main reason for the car ending up three laps behind the third-placed SMP BR Engineering BR1 was a simple lack of speed.

"The main issue was there was zero speed in the car for the three of us," Lotterer told Autosport. "It was very difficult to drive, missing straightline speed too.

"That was the main difficult part, then we had the puncture at the beginning, a loose wheelnut, that set us back. But the toughest thing was the car was not very driveable.

"We just had to bring the car home from the beginning. We tried to change dampers at the rear to see, we couldn't recognise the car anymore. The potential was not there."

The #3 Rebellion was undone by a three-minute penalty for a tyre procedure infringement, then fell away from SMP for good when Gustavo Menezes spun into the gravel at the Porsche Curves in an incident that left the car with braking issues thereafter.