The #1 Rebellion crew Bruno Senna, Gustavo Menezes and Norman Nato seized the opportunity presented to them by the LMP1 success handicap system to beat the best of the Toyota TS050 Hybrids by more than a minute over the course of the four-hour race.

It marks Rebellion's second win since it returned to LMP1, after its inherited win at Silverstone last year, and Toyota's first defeat on merit since the 2017 Austin race.

Rebellion's win came despite a sluggish start from pole, as Nato dropped to the back of the LMP1 field at the start after losing out to both Team LNT Ginettas and the #7 Toyota on the run to Turn 1 and then falling behind the #8 car and several LMP2 runners after that.

Menezes was still fifth when he took over from Nato for the #1 car's second stint, but made speedy progress up the field, his path to the front eased when the two Ginettas and the #7 Toyota were given drive-through penalties for passing Nato before the start.

Now up to second, Menezes passed Sebastien Buemi in the #8 Toyota early in the second hour and from there was able to build an advantage of more than 30 seconds before Senna took over not long after half-distance.

A full-course yellow with just over an hour to run - triggered by the #95 Aston Martin blowing a tyre - made the run to the flag much more comfortable for Rebellion, as it forced both Toyotas into making a splash for fuel towards the end.

Rebellion likewise had to pit with 20 minutes to go but Senna had brought up the car's advantage up almost a minute and resumed ahead of the #8 Toyota in any case, Nakajima bringing the car he shares with Buemi and Brendon Hartley home 1m05s down.

The #7 Toyota of Kamui Kobayashi, Mike Conway and Jose Maria Lopez was a distant third, dropping off the lead lap with six minutes to go.

Both Ginetta G60-LT-P1s made it to the finish, with the #5 car of Egor Orudzhev, Ben Hanley and team newcomer Jordan King taking fourth place, also a lap down.

The sister #6 car driven by Guy Smith, Charlie Robertson and Mike Simpson lost a minute when Robertson overshot his pit box and ended up two laps down in fifth. 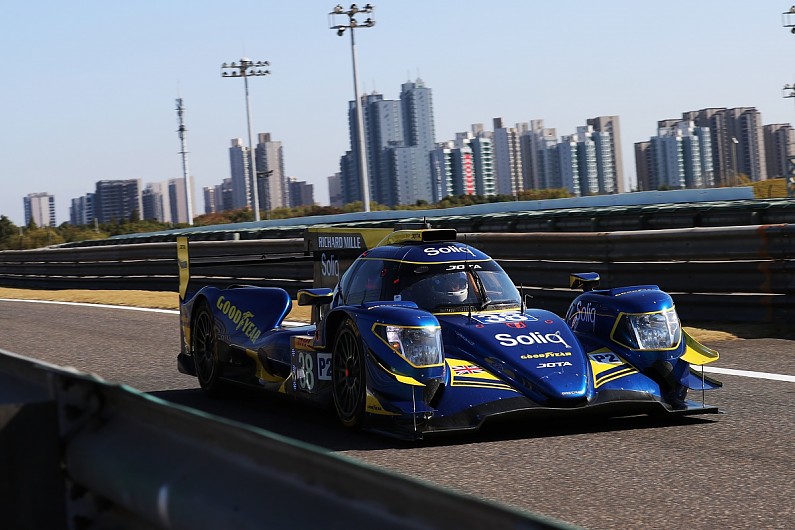 The sister Jackie Chan DC Racing-branded ORECA had made the early running, as Will Stevens sprinted to an initial lead before losing pace dramatically in his second stint.

That allowed Davidson to move into a lead the #38 car would never lose, while the #37 crew had to turn its attention to fending off a resurgent United Autosports car for second.

In the end, Stevens, Ho-Pin Tung and Gabriel Aubry just held on ahead of United's Michelin-shod ORECA driven by Filipe Albuquerque, Phil Hanson and Paul di Resta, who were forced on to an alternate strategy early on when debris got into their car's airbox.

Fuji winner Racing Team Nederland could only manage fifth after starting from the back of the field - the result of Frits van Eerd not setting a time in qualifying - and picking up a drive-through penalty for Giedo van der Garde hitting the #62 Red River Sport Ferrari. 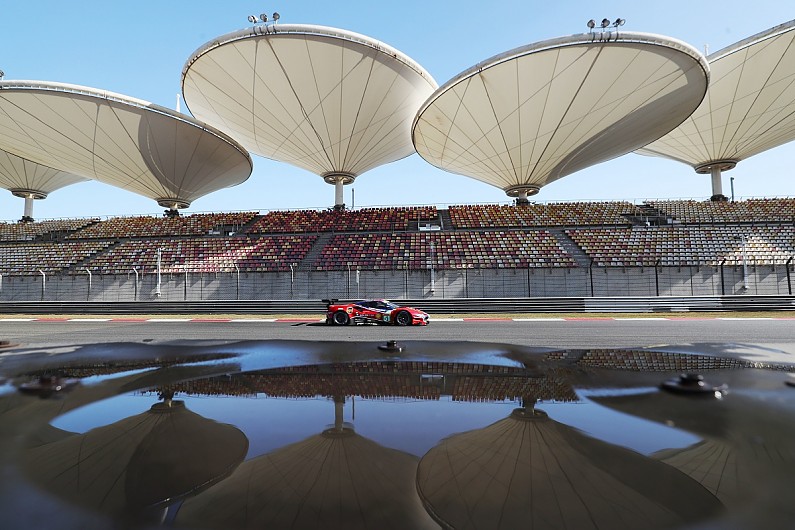 Ferrari took its first win of the season in GTE Pro as Alessandro Pier Guidi and James Calado resisted a late challenge from Porsche.

Aston Martin had controlled much of the race with the #95 Vantage GTE of Nicki Thiim and Marco Sorensen until the car's puncture, which gifted the #51 AF Corse-run Ferrari 488 GTE a comfortable lead over the #92 Porsche 911 RSR-19.

Kevin Estre was able to reduce what had been a 15s deficit to 6.7s by the chequered flag, after he and Michael Christensen lost time due to a penalty for an unsafe release.

The second Porsche of Gianmaria Bruni and Richard Lietz completed the podium in third ahead of the best of the Astons, the #97 car of Alex Lynn and Maxime Martin.

In GTE Am, TF Sport took its second win in a row as Charlie Eastwood, Jonathan Adam and Salih Yoluc gained an advantage by pitting under the FCY.

The #90 car had been locked in battle with the works Aston Martin for much of the race, but the #98 crew lost out when Darren Turner handed over to Ross Gunn under green conditions. 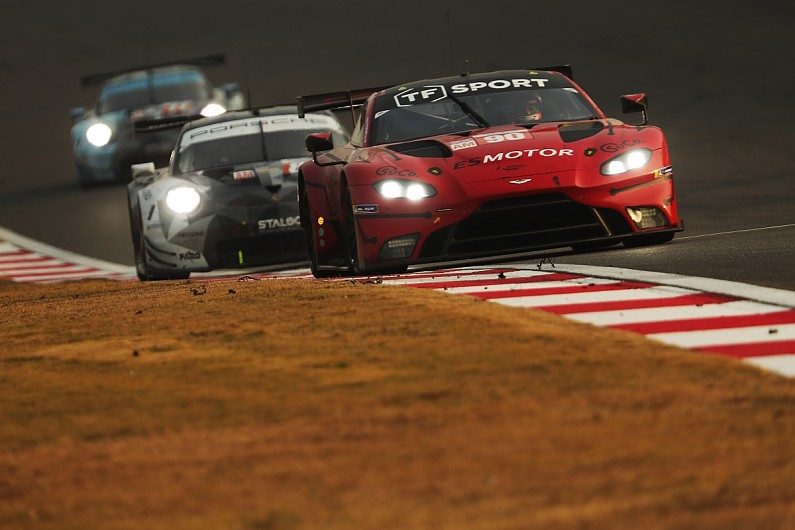 Turner, Gunn and Paul Dalla Lana - who had dropped to last after contact with Egidio Perfetti's Porsche - had to be content with third at the finish behind the #57 Project 1 Porsche of Ben Keating, Jeroen Bleekemolen and WEC debutant Larry ten Voorde.

Perfetti, Matteo Cairoli and Davide Heinemeier Hansson were a lapped fifth after early leader Perfetti was penalised for the incident with Dalla Lana.