The Red Bull Holdens were unstoppable as Australian Supercars visited Townsville, Shane van Gisbergen and Jamie Whincup sharing wins as the reigning champion got his title defence back on track

Saturday's race was a masterclass from Whincup, the 2017 champion storming past polesitter Scott McLaughlin at Turn 2 on the second lap and never looking back.

He led the race by as much as 15 seconds in what was a devastatingly dominant display, and even a late safety car restart and spirited challenge from team-mate van Gisbergen could not to rattle him.

His final winning margin over van Gisbergen was 2.19s. 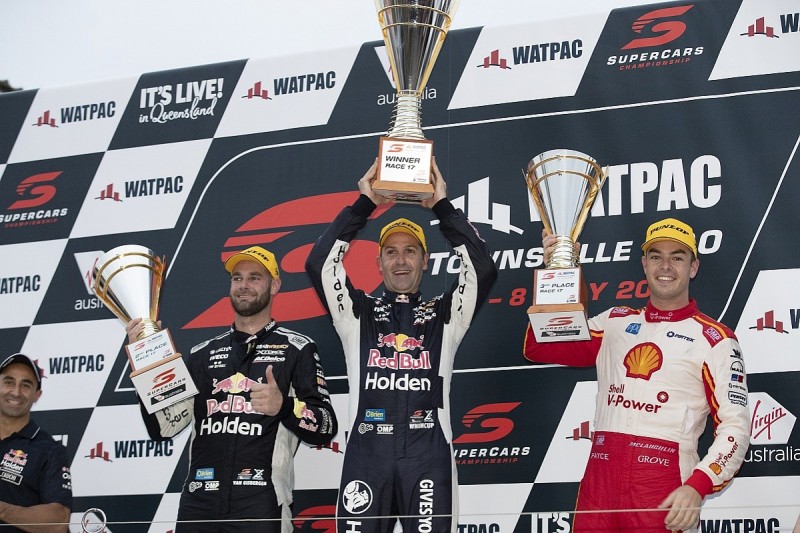 Van Gisbergen was the big winner from the late restart, using it to secure second after a race-long scrap with McLaughlin.

The pair were inseparable for much of the race, but lapped traffic on the restart with 13 laps to go helped van Gisbergen gap the Penske Ford.

Fresh from announcing his impending retirement, Craig Lowndes put in an impressive drive to finish fourth, shadowing van Gisbergen and McLaughlin for the entire race.

On Sunday it was van Gisbergen's turn for some heroics, the Kiwi coming out on top of another Triple Eight-run Red Bull Holden battle.

Starting from pole, van Gisbergen got a free kick in the first stint thanks to Whincup making a slow getaway from the outside of the front row.

The four laps Whincup took to reclaim second was enough to let van Gisbergen establish a manageable lead, with the gap between the two just under a second when Whincup made his first stop on lap 18.

Between the undercut and taking on less fuel Whincup then assumed the lead, but a run-in with a lapped Tim Blanchard on lap 43 gave van Gisbergen the opportunity to charge back into first at the penultimate corner. 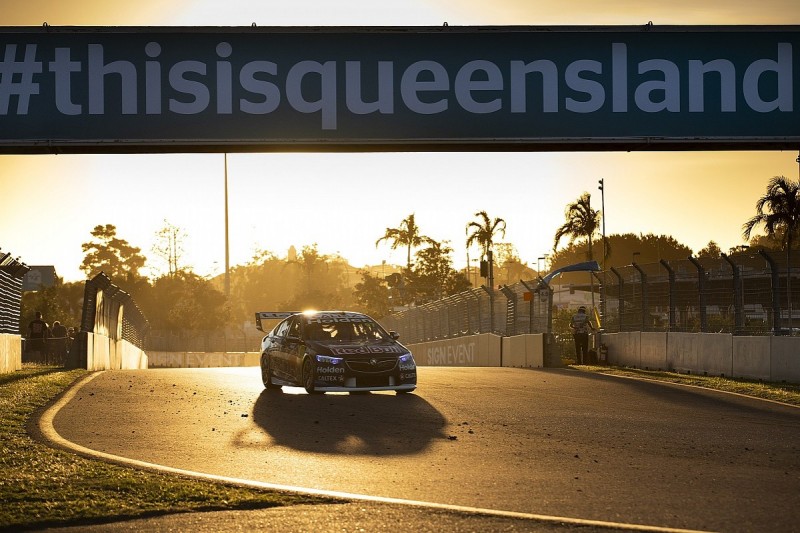 With superior tyre life, van Gisbergen built a lead of the best part of five seconds before Whincup started the second round of stops on lap 48, with van Gisbergen following suit a lap later and rejoining with a handy advantage.

A safety car with eight laps to go thanks to Anton De Pasquale firing Michael Caruso into an infield tyre barrier did give Whincup a sniff, but van Gisbergen was prepared for the five-lap run to the flag after the restart.

McLaughlin finished third for a second day in a row, although this time it required a recovery drive. A poor effort in the top 10 qualifying shootout meant he started seventh, which became 11th on the first lap thanks to a sluggish start.

He recovered to ninth on-track before pitting on lap 13 for clear air, which paved the way for the track position he needed to secure the final podium spot.

Lowndes and David Reynolds finished fourth and fifth respectively to keep their points tallies ticking along.

McLaughlin continues to lead the standings with a 131-point advantage over van Gisbergen, with Whincup is still fourth despite marginally reducing his deficit to 403 points.

Reynolds splits the Red Bull drivers with a 387-point deficit to McLaughlin.