The veteran driver will walk away from a full-time drive in the series at the end of this season, leaving 12 months to run on his current Triple Eight contract.

He is set to continue with the outfit as an enduro driver, as well as working with Supercars TV, but also wants to contest races outside of Australia.

Lowdnes said stepping back from full-time duties would allow him to work towards competing in races like the Le Mans 24 Hours.

"I've also always said I'd love to go and do more racing overseas, in different categories," said Lowndes, who announced his retirement on Friday.

"Le Mans is definitely on the bucket list and hopefully this will enable me to go and do that, which [Triple Eight boss] Roland [Dane] and the team will be supportive of.

"You talk to any Supercars driver in pitlane that has an ambition [to race internationally], we look at the calendar as soon as it appears to see what we can do overseas.

"We are race drivers, we want to race cars. Roland has thankfully been very open to allow Shane [van Gisbergen] and Jamie [Whincup] and I to do that.

"That's something I want to give myself the opportunity to do, to look into the worlds that at times have crossed over into our events and rounds."

Lowndes, who has GT successes to his name already having twice won the Bathurst 12 Hour, added he would be open to contesting select Supercars sprint rounds in 2019 as a wildcard entry.

"That is a good discussion we'll probably have later," said Lowndes. "There's no doubt being in a co-driver role you have to be sharp, have to stay race fit.

"So yes, I'll be looking for other things during the year to continue that side of it." 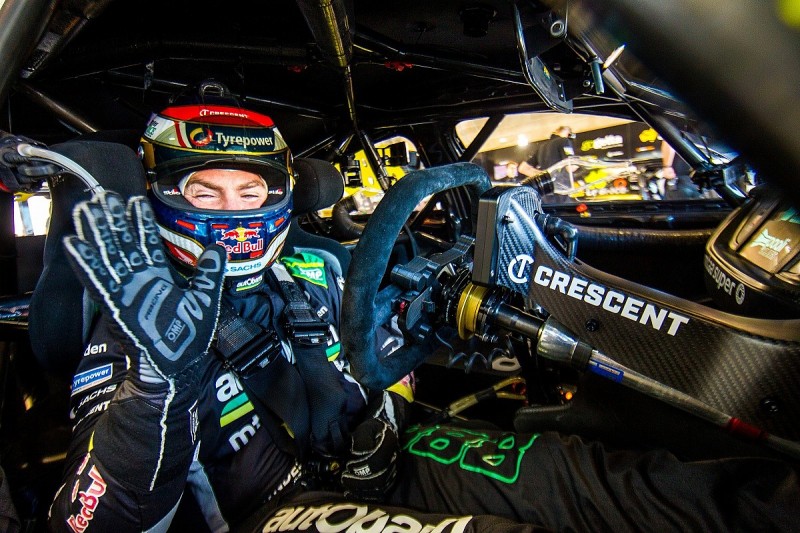 He added that making his decision to retire from full-time Supercars racing public was a relief.

"It's timely to be able to get this out, to be able to spend the next six months enjoying what Supercars is and where we go and what we do.

"Once both Roland and I made that decision about stepping down and retiring from full-time driving, we wanted to get it out earlier rather than later so we can all get organised for next year and have an opportunity to do that.

"To be able to do it here at Townsville, 10th year [of Supercars racing] here, is quite special.

"It really is for me more relief than anything to be able to get it out there."

The six-time Bathurst 1000 champion also said telling his Triple Eight crew was "very emotional", having raced for the outfit since 2005.