A protruding disc in his neck left Stanaway out of action for a full 13 weeks, only properly returning to action for Garry Rogers Motorsport in practice today at The Bend.

Reflecting on his lengthy recovery, Stanaway reckons it was his decision to try and race on the Saturday at Winton way back in May, when the injury first flared up, that kept him out of the seat for so long.

"It was a fairly minor issue but just the fact that I tried to race at Winton turned it into a fairly major issue," he said.

"Ideally I probably shouldn't have raced at Winton and then I probably would have lost out on less time, but I guess because I didn't realise how serious it was and I just sort of pressed on and tried to ignore it.

"And then the Saturday at Winton made it into the issue that it was."

Having given the neck a solid workout by driving an S5000 at Winton recently, and then got through today's Supercars sessions unscathed, Stanaway is confident he's back at full fitness.

"Now that it's fully healed, there are no precautions that I need to take," he said.

"I drove an open-wheeler last week which, if anything is going to cause a flare-up, it would have been that, and I was completely fine.

"And [I'm] fine today as well, so it's good not to have to worry about any pain or anything like that, I can just get on with it." 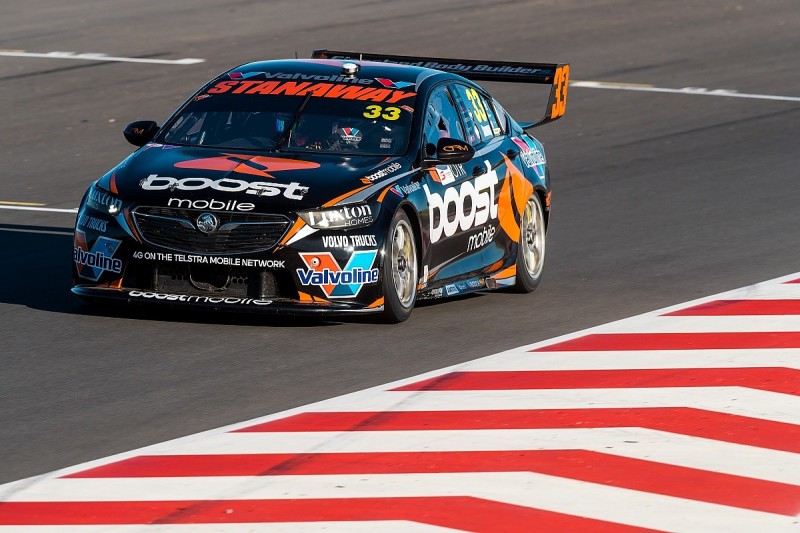 Stanaway added that he was intrigued to see how experienced substitutes Chris Pither and Michael Caruso would fare in his absence, particularly given that GRM is enduring a difficult run of form.

"It's been interesting for me to see things from the outside," he said.

"I guess there was a bit of a question mark around myself with the results before I had to pull out.

"But seeing two guys in the car that I respect and seeing them struggle as well, I guess validated and made me not question myself as much.

"We know what we need to work on now and need to crack on with that and try to improve throughout the season."

Stanaway was 23rd in both of today's practice sessions.