The late Stirling Moss may not instantly spring to mind on the topic of Bathurst heroes, yet the legendary Brit holds his own special place in the history of Australia's Great Race thanks to an unlikely appearance alongside three-time world champion Jack Brabham in 1976.

That the two global stars even agreed to take part in the race was something quite remarkable. Both were retired, Moss having barely turned a wheel since his nasty Goodwood crash in 1962. Brabham, meanwhile, had stopped racing at the end of the 1970 Formula 1 season.

However Gabriel Szatmary, then publisher of Chequered Flag magazine, lured the pair back into action for a cameo at Mount Panorama.

The whole process was documented expertly by journalist Peter Robinson in a feature for that year's December issue of Wheels magazine. According to Robinson, Szatmary actually wanted to bring a current F1 driver to the New South Wales countryside. The primary target was James Hunt, but a last-minute date change for the Canadian Grand Prix created a clash.

So the offer went to Moss instead, who agreed on the proviso that he could team up with Brabham. According to Robinson, there were sceptics that wrote the whole thing off as a publicity stunt. There were people concerned Moss would "tarnish his reputation". Others believed the two superstars (pictured below in 2004) could win the whole thing.

Either way it was the talk of the press, as noted by Allan Moffat in his autobiography Climbing the Mountain. 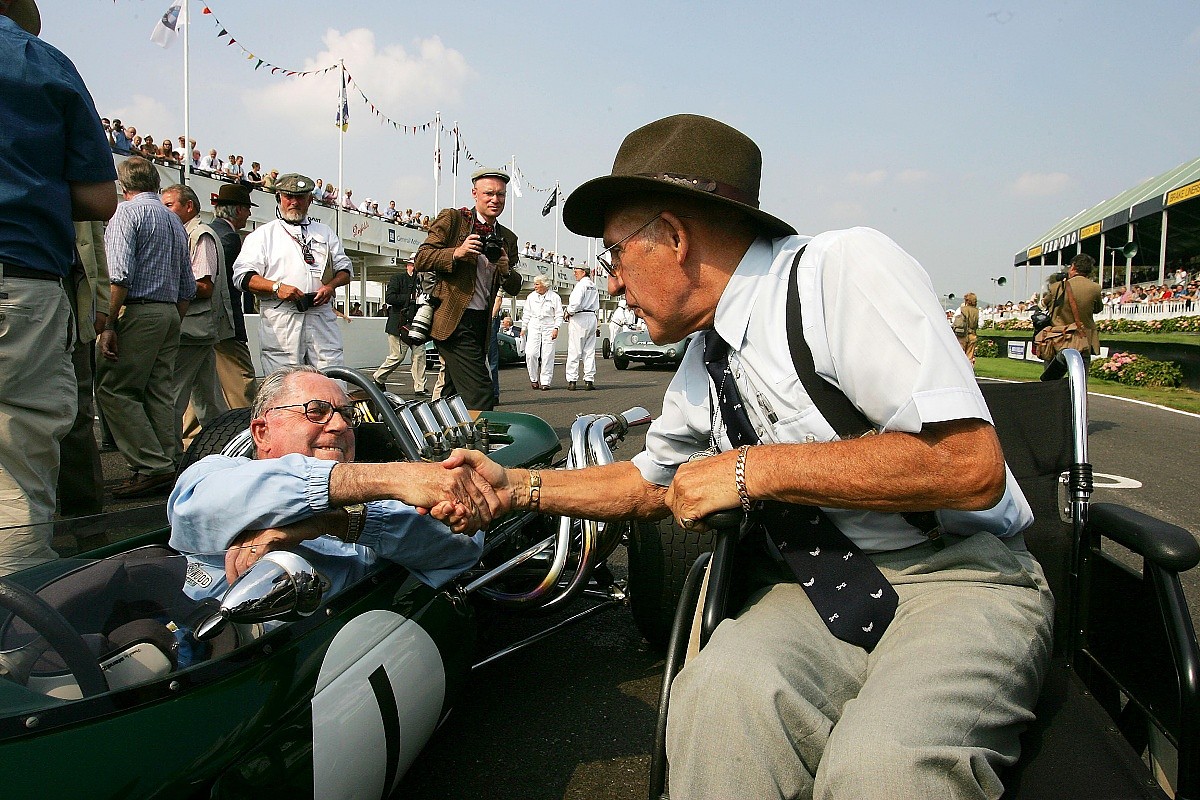 "That year [Peter] Brock and I, modestly the local stars of Bathurst, were both gazumped," Moffat wrote. "Promoters contrived to enter Jack Brabham and Stirling Moss together in an L34 Torana.

"Bringing Stirling back to competition, 14 years after his near-fatal crash at Goodwood, was a world-beating coup. Not in their wildest dreams were these two veterans going to win but they secured every column inch of available coverage."

Two Toranas were sourced for the campaign, with Brabham kicking off preparations a fortnight before the race. Moss joined the party six days out, cutting his first laps at Oran Park near Sydney on Monday September 27.

"It's like a poem, I don't try to learn the whole thing at one time, I learn it line-by-line. If I was sensible, I wouldn't be doing this" Sir Stirling Moss

The hardest thing for Moss to get his head around, reported Robinson at the time, was the tyres. He'd come from an era of skinny treaded rubber, and now had to contend with a fat set of slicks.

"On the slow corners, I have the courage," he told Robinson. "But my threshold of fear is much lower than it was."

Next stop was Bathurst, where Moss offered his early impressions during Friday practice.

"It's one of the best road circuits I've seen; it reminds me of Targa Florio but with a better surface," Moss said. "It's like a poem, I don't try to learn the whole thing at one time, I learn it line-by-line. If I was sensible, I wouldn't be doing this."

Despite some mechanical gremlins requiring some overnight assistance from the Holden Dealer Team, Brabham was able to put the car 10th on the grid in qualifying. His time, a 2m30.0s, was five seconds behind the pole-winning Moffat Ford.

But, while it had been a frantic, high-publicised build-up, the race itself was the ultimate anti-climax. When Brabham saw the one-minute board at the start he tried to put the car in first gear, but selected two gears instead. Unable to get the car back in neutral he stalled on the line as the rest of the field raced by.

Most got by unscathed. But not John Dellaca's Triumph Dolomite Sprint. The rear-end impact left the Moss/Brabham campaign in tatters.

An emotional Moss told Robinson, "I can't wait another 15 years for the next time. I'm too old. It took me 15 years to do this."

Hopes of victory were dashed, but Moss and Brabham's day wasn't done. A rapid repair followed, with Brabham rolling back out 12:30pm - three hours after the race had started.

Just under an hour later, Moss jumped in to turn his first Bathurst 1000 race laps. He completed 23 laps, a best of 2m32.2s, before the Torana's V8 engine exploded on Mountain Straight.

"It's a long time to wait for an anti-climax, isn't it," Moss told the TV broadcast. "Unfortunately I think a valve may have dropped, I don't know. I was enjoying it even though we were three hours behind."

He then offered a more revealing assessment to Robinson.

"I had a ball, boy," he said. "We all stop too early; I made a mistake, I should never have retired." 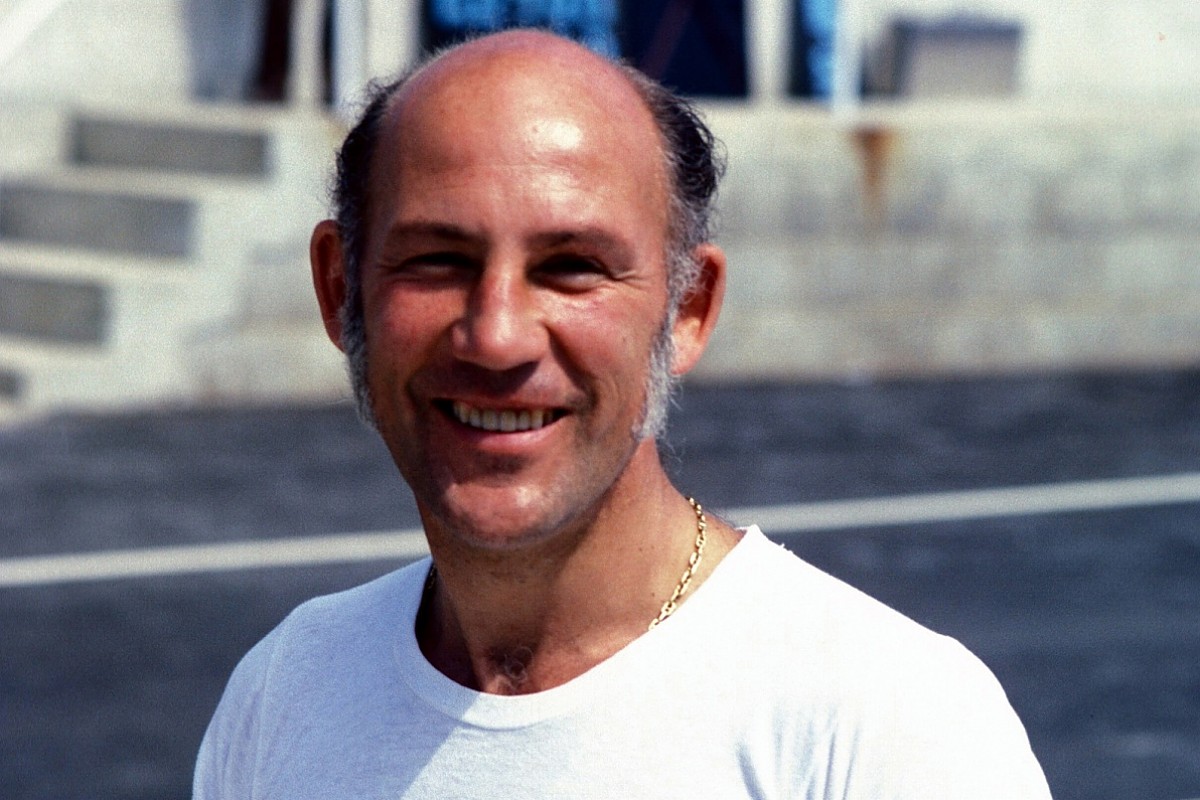