A 26-car grid will contest British GT's first round at Brands Hatch next weekend, with 2020 GT3 runner-up Sam De Haan completing a late deal to enter with RAM Racing.

Series organiser SRO has banned the Silver-Silver pairings which dominated the GT3 championship last year, with a view to shoring up its traditional customer base of Bronze-graded gentleman drivers by returning the Pro-Am to the top class.

A new Silver-Am subcategory has been introduced to enable non-professional drivers under 30 with a Silver grading to compete in GT3, but has only attracted three full-season crews - two of which are father-and-son entries.

An entry of 14 GT3 cars - from six manufacturers - is one higher than the 13 that started the much-delayed 2020 season, and is bulked out by three round-by-round entries that include a second RAM Mercedes-AMG GT3 for De Haan and prolific historics racer James Cottingham in Silver-Am.

De Haan, who shared with fellow Silver Patrick Kujala last year, initially appeared to have been frozen out of the British series by the new rules but has entered the first round on a one-off basis.

Cottingham had a first test in the wet at Silverstone and reported that he "loved the car from the first moment I drove it".

"I’ve known James for a while now, and I know how good he is in historic cars, so I think he will adapt well to a modern GT3," said De Haan.

"Judging by his first run at Silverstone, he won’t take too long to get up to speed with the Mercedes."

Cottingham said: “I’ll be straight into it at Brands Hatch as there’s not time for another test beforehand, so it will be a weekend of learning and working with Sam and the team at RAM to see how close I can get to the pace during what will be a very limited timeframe before the race.

"But I’m really looking forward to it. It’s a bit of a toe-in-the water for both myself and Sam, so we’ll see how we go at Brands, and then have another conversation after the weekend.” 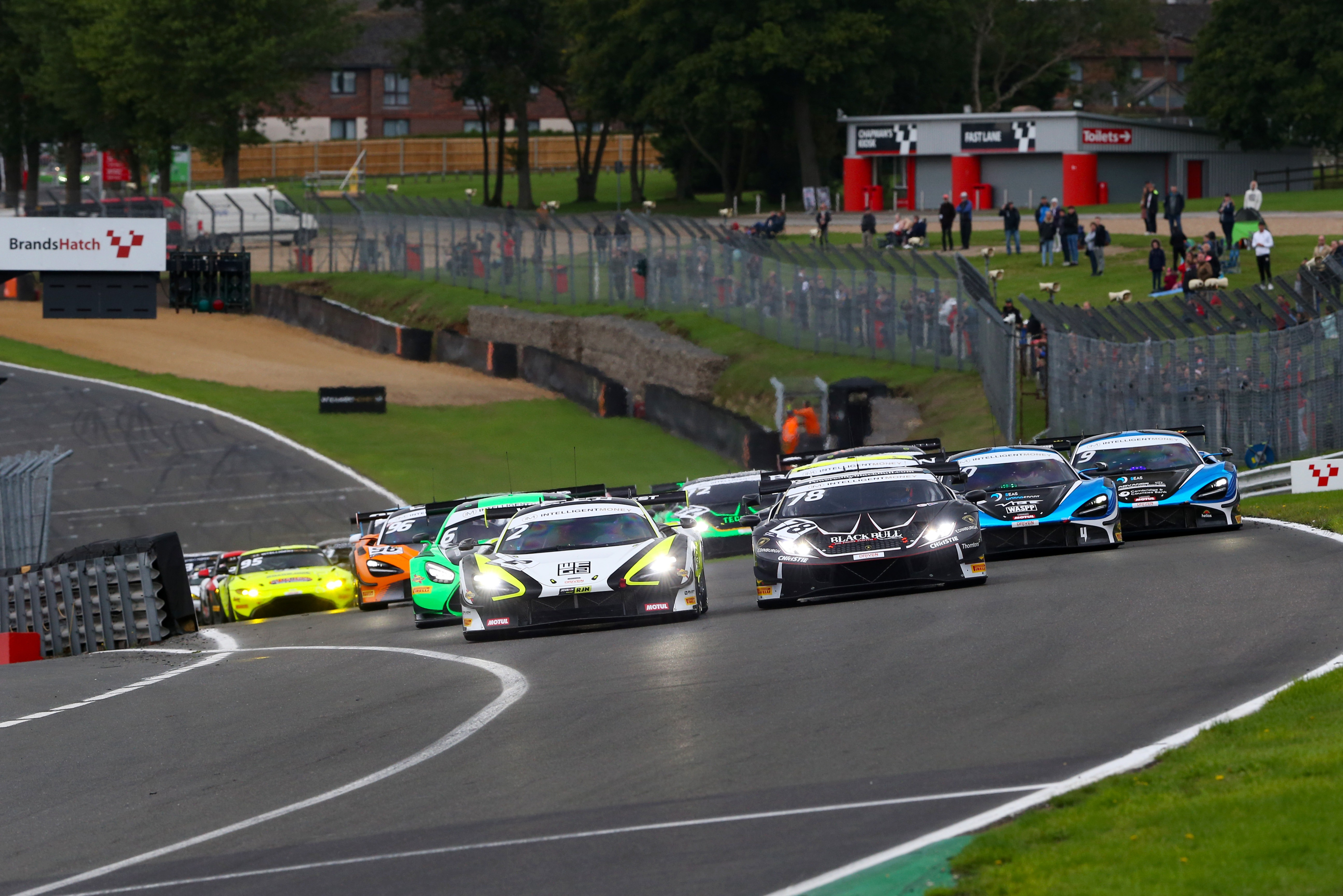 The nine-round series begins with a two-hour enduro on the Brands Hatch GP loop on 23 May, before trips to Silverstone (three hours) on 27 June, Donington Park (two hours) on 11 July and Spa (two hours) 25 July.

Two one-hour double-header meetings follow at Snetterton (8 August) and Oulton Park (12 September) before a second visit to Donington on 17 October for the two-hour finale.

Meanwhile, 12 cars from seven manufacturers will start the GT4 season, among them an example of the new Ginetta G56 run by Assetto Motorsport for Charlie Robertson and Mark Sansom.

Earlier this week it was announced that Steller Motorsport will return to the GT4 category with its Audi R8 LMS, Richard Williams and Sennan Fielding electing to step back into to a division in which they won twice in 2019 after their Silver gradings forced them out of a second season in GT3.