Blaney made his Cup series debut with Penske in 2014, making two appearances with the team before moving over to the Wood Brothers Racing team - which has a technical tie-up with Penske - for '15.

The 23-year-old is currently in his third year with the outfit, and scored his first Cup series win at Pocono earlier this year.

But during his time with Wood Brothers, Blaney has remained Penske contracted and driven for the team in the second-tier Xfinity series.

"For some time now, we have wanted to bring Ryan in to run a third car for us, but things just needed to make sense from a timing and business perspective," said team owner Roger Penske.

"We've been working on making this a reality and 2018 is the right opportunity to make this move and return our organisation to a three-car team.

"The benefits of having three full-time teams under our roof, along with the continued technical partnership with the Wood Bothers, will help us remain competitive in the ever-changing NASCAR landscape."

Blaney is currently 12th in the Cup points, and has qualified for the end of season playoffs thanks to his Pocono win.

"This is a huge opportunity for me and my career," he said.

"I've had some great moments with both Team Penske and the Wood Brothers over the last few years.

"I wouldn't be where I am today without Roger, Eddie and Len [Wood] and the opportunities their organisations have given me.

"I'm thrilled knowing that Brad and Joey are long-term team-mates for me at Team Penske.

"Hopefully we can go out there and win races and compete for championships year after year." 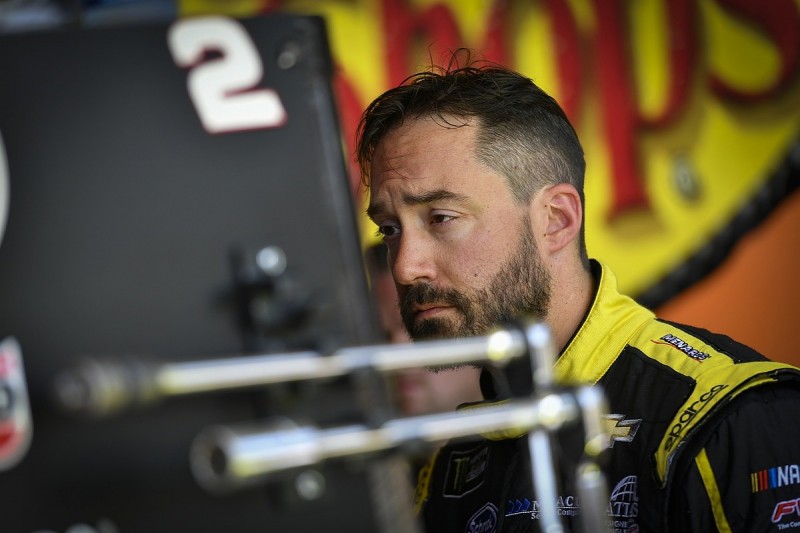 Blaney will be replaced at Wood Brothers by Paul Menard, who will drive the team's #21 Ford Fusion.

Menard has competed in the Cup series full-time since 2007 and for the past seven seasons has driven for Richard Childress Racing, taking his sole top-level win so far at Indianapolis six years ago.

"I've really enjoyed my time in NASCAR and as a Cup Series driver, but to get the chance to drive the iconic #21 for the Wood Brothers is the coolest thing I've ever had the chance to do," said Menard.

"Together, we have enjoyed a tremendous amount of success, including Paul's emotional win at Indianapolis in 2011," Childress said.

"He is a very talented driver and a good friend.

"Everyone at RCR wishes both Paul and Menards nothing but the best in the future."