Earnhardt suffered a concussion in a crash at Michigan in June 2016 and after being fully diagnosed the following month sat out the rest of last season.

He made clear soon after resuming racing for 2017 that it would be his farewell campaign.

"I was more thankful to be able to compete this year than I was to ever question whether I should go further," said Earnhardt ahead of his final Cup race weekend at Homestead.

"With everything we've been through with a concussion and trying to come back, the emotion was like: 'man I'm so glad I get to run this last year'.

"When I started in Daytona I didn't know whether I would finish [the season], feeling delicate and compromised, knowing how easily that could happen again.

"I confided in my friends family and wife that I was worried that I could get another concussion and how disappointing that would be."

Asked if he wanted to act to raise awareness about concussion in motorsport, Earnhardt replied: "If you're going to drive racecars for a living, it's a dangerous sport. Concussion and injury are always a possibility.

"The only thing I can say is that if you do have a sensation that something's not right, you need to put yourself in front of somebody who can help you. 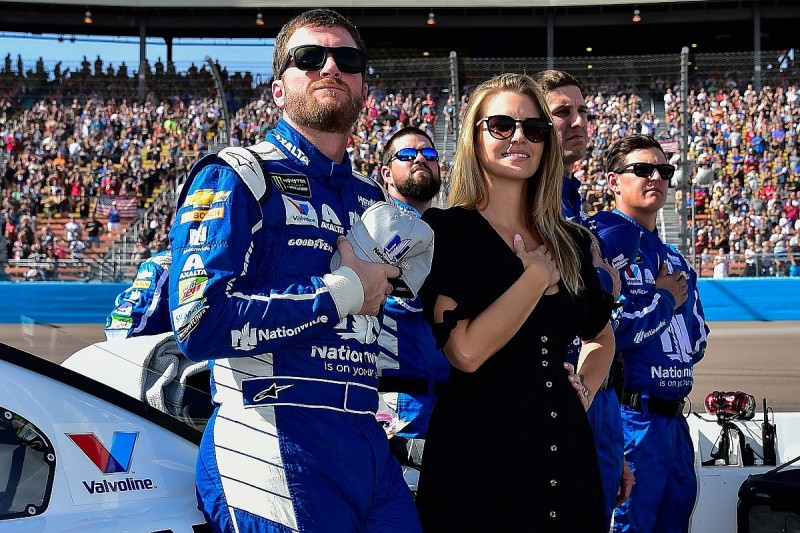 "The biggest mistake you can make is to ignore it and push through.

"Those things can add up and create serious issues for you down the road if you're not taking care of them individually.

"The attitude is to try to push through it and that's got to change.

"People have to take it more seriously and try to take better care of themselves long term.

"The mistake I made is that I didn't flag those issues and get myself in front of a doctor and it caught up with me."

Earnhardt has not won a race since 2015, while Hendrick and Chevrolet did not get a driver in the final four of the playoffs this year for the first time since the system's inception.

But Earnhardt insisted there was a "light at the end of the tunnel" for his team.

"We've just had a down year as a group," said Earnhardt.

"We've struggled as a manufacturer, but there's a light at the end of the tunnel next year with the [new-for-2018] Camaro.

"I wish I could've got the Camaro a couple years ago. I think that there are better days ahead for Chevrolet and HMS for year.

"But these aren't the standards that we hold ourselves to. Seventh and 10th, stuff like that, that's just enough to get you by and we expected more out of ourselves this year."