Kyle Busch took a long-awaited NASCAR Cup Series victory of at Pocono, pulling clear to secure his first win of the 2017 season and effectively secure his playoff place

Having won the first stage after taking pole position earlier in the day, Busch dropped down the top six when he had to catch a near spin.

Gambling on a caution towards the end of the race, he stopped later than the other frontrunners and on fresh rubber was able to carve his way past Joe Gibbs Racing team-mate Denny Hamlin, before barging his way past Kevin Harvick at Turn 3 with 16 laps to go.

With a significant grip advantage, Busch had the opportunity to stretch his legs and crossed the line over six seconds ahead of Harvick, taking his first win in 36 races and his first at Pocono Raceway.

Harvick crossed the line in second, having battled in the latter stages with Martin Truex Jr and Hamlin.

Truex was without two of his regular pit crew after they were suspended by Joe Gibbs Racing - which employs them on Furniture Row's behalf - following an altercation at Indianapolis, but was ultimately thrust out of contention after getting boxed in with traffic and losing out to Harvick. 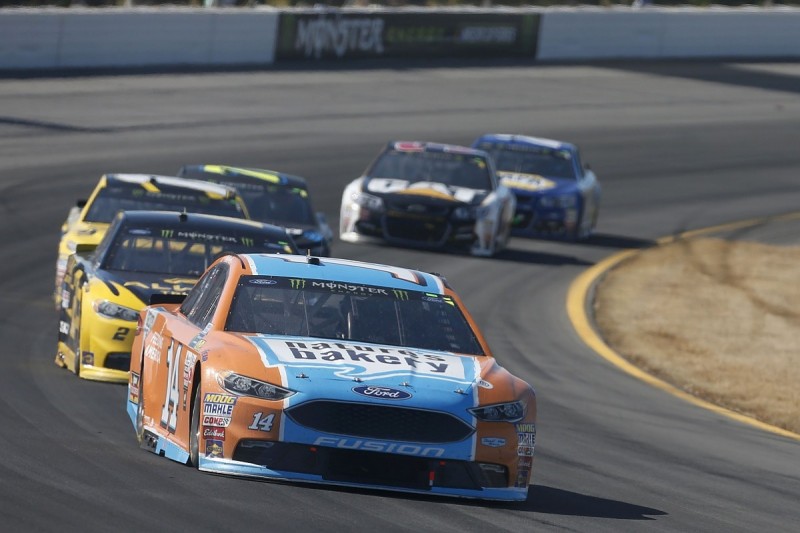 Bowyer was the winner of the second stage, inheriting the lead as then-leaders Truex and Hamlin pitted with three laps left of the stage to run.

Daniel Suarez was the highest-placed rookie, finishing seventh ahead of Erik Jones.

Matt Kenseth recovered from a spin on lap one to finish ninth, staying out long in the first stage to thrust himself back into contention for a good haul of points.

Kenseth spun at Turn 3 and brought out the race's first caution, collecting a number of cars and ending the races of Aric Almirola and Matt DiBenedetto.

Just under two months after getting his first Cup win in the last round at Pocono, and in the week he was announced as a Penske driver for 2018, Ryan Blaney had to settle for 30th due to two unscheduled pitstops to attend to bodywork rubbing on a tyre.