Keselowski has raced with Penske for the entirety of his full-time career in NASCAR's top tier, having contested two races for Hendrick Motorsports in 2008.

He made 15 appearances for Penske the following season and became part of its full-time line-up in 2010, before claiming the '12 title with five victories that year.

Penske confirmed on Tuesday that Keselowski and his crew chief Paul Wolfe had both agreed to stay with the team "well into the future".

"Roger and everyone at Team Penske have given me everything we need to win championships at the highest levels of NASCAR," said Keselowski. "As I have said all along, Team Penske is where I want to be and I am thrilled to continue with the organisation well into the future.

"I have a lot of years left in the sport and I truly feel our best years are ahead of us." 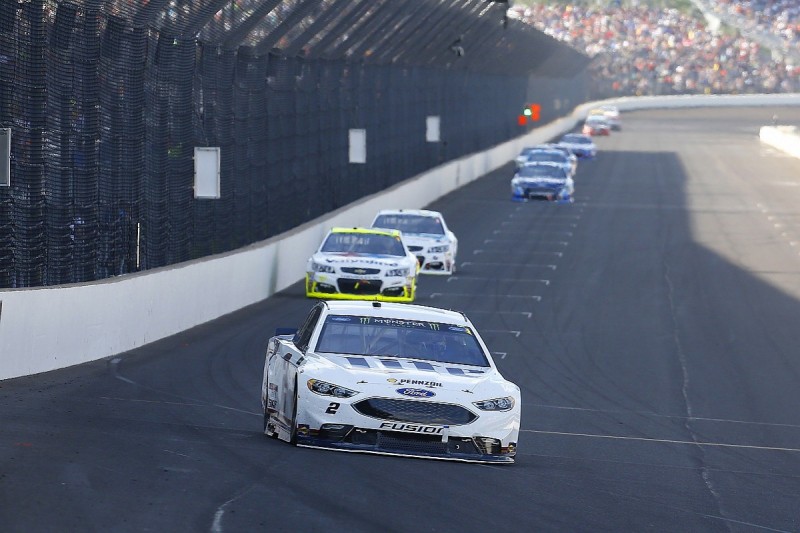 Keselowski is currently sixth in the 2017 points, and has qualified for the end of season playoff.

He first worked with crew chief Wolfe in the Xfinity series - NASCAR's second tier division - before the pair linked up for the first time in the Cup in 2011.

"There is no one I want helping make my race cars go fast more than Paul Wolfe," Keselowski said.

"We have a lot of continuity between the two of us, and really the entire #2 Ford team, which is so important in today's NASCAR."

Team owner Roger Penske added: "In the time that Brad has driven for Team Penske, he has risen to the top echelon of stars in NASCAR.

"Brad and Paul have established a terrific, winning combination and they are both real leaders within our team.

"More than just wins and championships, Brad is an important part our relationship with Ford Performance and his work with the Checkered Flag Foundation [charity] shows what kind of person he is away from the track.

"There is no question he continues to be a great fit for our organisation."