Danica Patrick will race the Daytona 500 and Indianapolis 500 in 2018 as her final races, after confirming '17 will be her last full-time year in the NASCAR Cup Series

Patrick was told she would not be retained at Stewart-Haas Racing for 2018, and has since been replaced by Aric Almirola.

She had previously stated she only wanted to race in NASCAR next year, and had been said to be working on a deal to remain in the series before the announcement.

"This will be my last season as a full-time driver," said Patrick, who made the announcement on the Friday at Homestead.

Patrick added that an IndyCar one-off return and her expected last NASCAR outing at Daytona is the right way to end.

"I'm really excited about that, I think it's going to be a great way to cap it off." 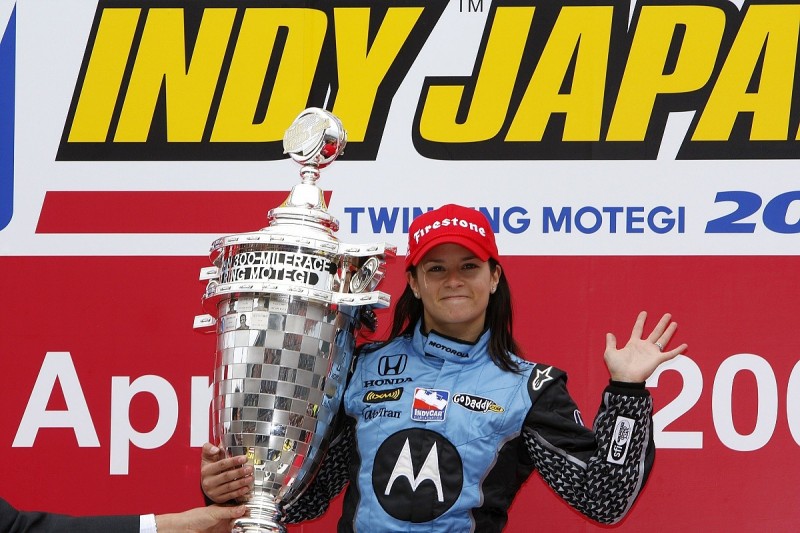 Patrick had targeted becoming one of the few drivers to win in both IndyCar and NASCAR, having taken her only IndyCar victory at Motegi in 2008, but said NASCAR's uniqueness made it difficult to achieve.

"Well the difficulty in NASCAR is that it's super competitive, with twice the field of IndyCars - 40 instead of 20 - and the cars make a big difference," she said.

"I feel like there's a lot out of control as a driver and that's frustrating.

"I think it will take a little bit of adjusting [returning to IndyCar], it's different for sure. I don't feel like today I'm a worse driver than I was when I drove Indycars, I'm essentially a better driver.

"I think it will take a bit of acclimating but I think that we'll cross that bridge once we get a little closer. Luckily there's a fair amount of time before that.

Patrick added she does not expect to continue racing after her planned two outings in 2018.

"I never say never, but that is my plan. After Indy, that's the end," she added.