After going 65 races without a win, Kevin Harvick scored his second consecutive NASCAR Cup Series victory to bolt himself into 2022 title contention.

Harvick cycled back into the lead after a late-race round of green-flag pitstops, but spent the final four laps furiously working to hold off Christopher Bell, who was on 12-lap fresher tyres.

Bell got close but Harvick couldn’t find a way through, which meant the Stewart-Haas driver edged to the win by 0.441 seconds at the chequered flag at Richmond, becoming the first driver to win consecutive races this season following his overdue triumph at Michigan last time out.

The Richmond win was also the 60th of his career and the 46-year-old is now just one of 10 drivers who have won at least 60 Cup races in their career.

“Like I said last week, the cars have been running good week-in and week-out and you see a lot better understanding of what’s going on with how we adjusted on the car through the first run and we’re able to get our car handling a lot better,” Harvick said. “I think as it got dark, the race track really came to our [car].”

Asked about the approach of Bell in the final laps, Harvick said: “I knew he was coming, but I forgot to shift down the front straightaway the last time. I was not paying attention and he got closer than he should have.

“I made a mistake there a couple laps doing the same thing. I wasn’t shifting on the back and I was shifting in the front. There was a lot going on, and made a couple mistakes, let him get too close.” 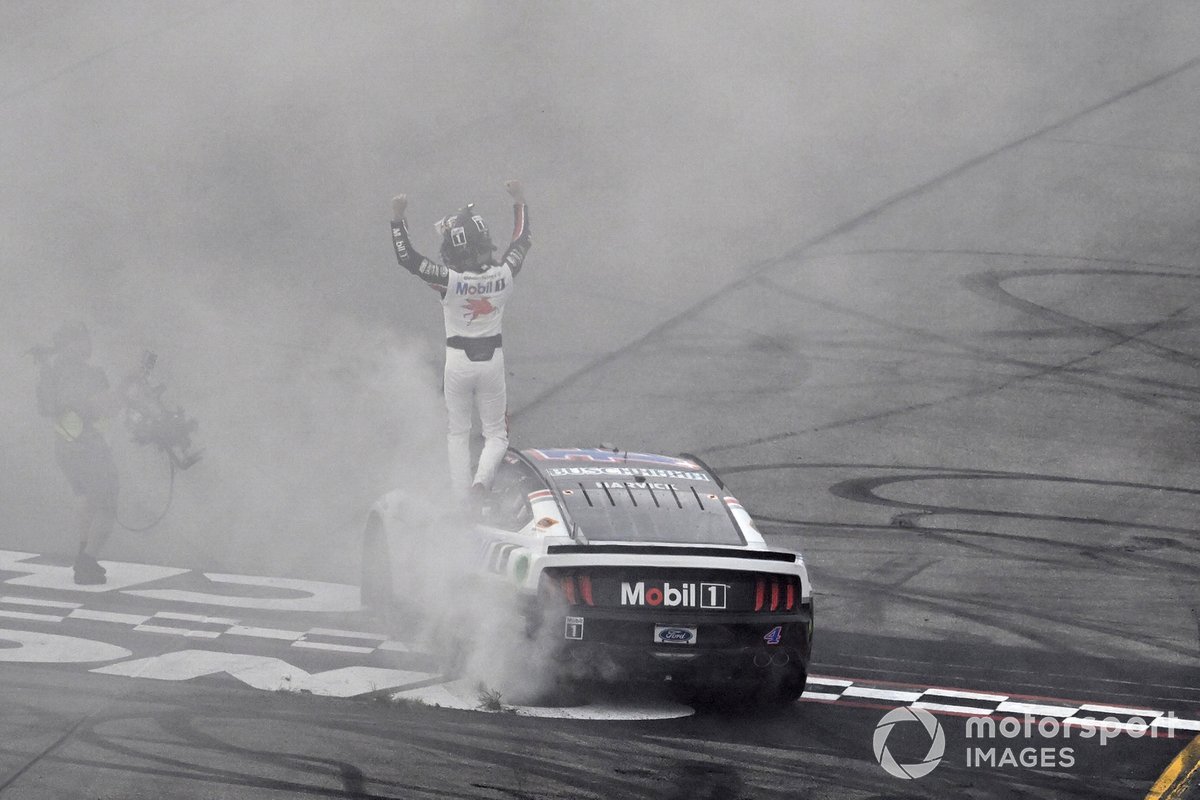 With two straight wins coming just before the start of the playoffs, Harvick was asked about the importance of momentum going into the title-deciding rounds.

Chris Buescher claimed his best result since the Sonoma round back in mid-June with third place ahead of Denny Hamlin in fourth, as overall standings leader Chase Elliott completed the top five.

Fellow title contenders Joey Logano, who led for 222 laps, and Martin Truex Jr followed close behind, with Aric Almirola in eighth as Kyle Busch and Ryan Blaney completed the top 10.

Richmond polesitter Kyle Larson opted not to pit under a late caution period triggered by a spin by Bell on lap 251, which briefly put him in the lead, before being cycled back to 14th at the finish.