Harvick had just made his final green-flag stop for tyres and fuel when Christopher Bell and Ross Chastain wrecked on lap 160 of 200 to bring out a caution.

Bell had attempted to block an advance by Chastain and the two ended up crashing together at the Turn 4 wall, allowing the leaders to pit.

But as all of the lead-lap cars ahead of Harvick elected to pit, he stayed out in his #4 Stewart-Haas Racing Ford to inherit the lead.

On the ensuring restart, Harvick got a great jump on the field to clear off at the front and spent the final 37 laps cruising to the win without a serious challenge, to take victory by 2.9 seconds ahead of Bubba Wallace.

Harvick’s last NASCAR victory came in September 2020 at Bristol and ends the second-longest winless streak of his career.

With the victory, Harvick advances to the 16-driver playoffs and is the 15th different driver to win a race this season with three remaining in the regular season. 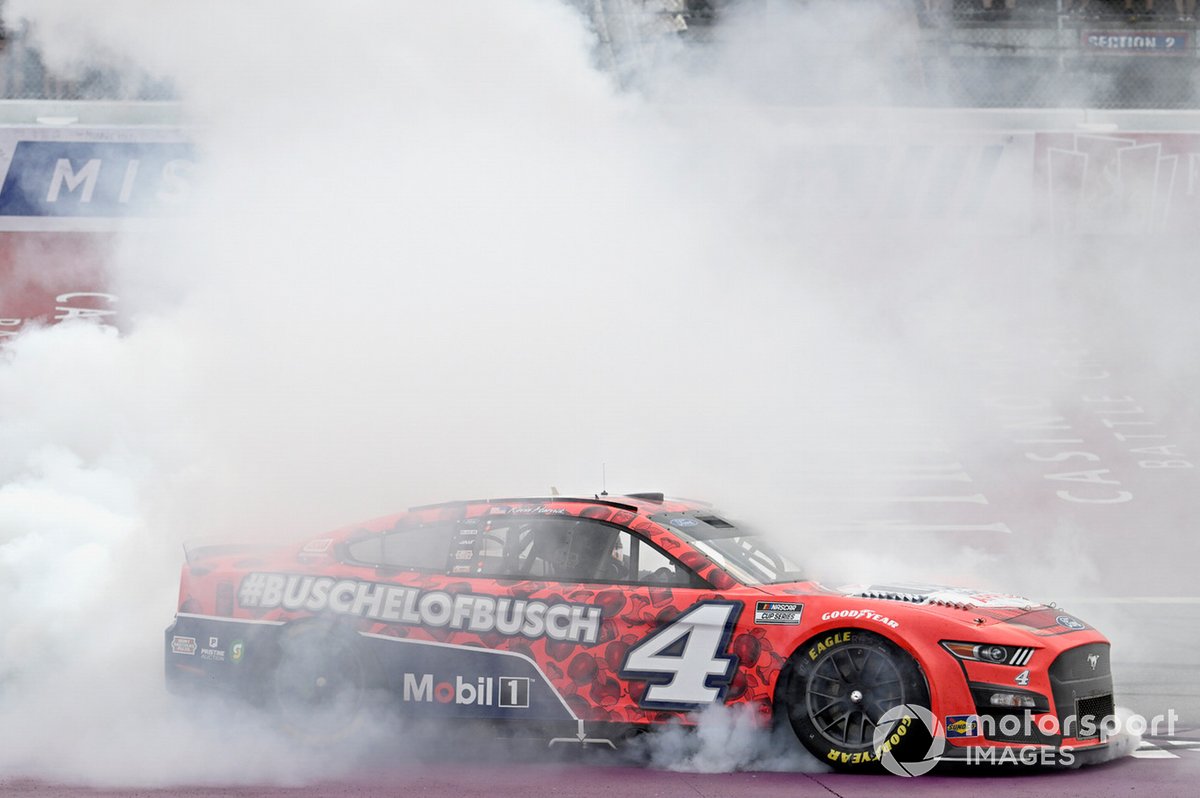 Denny Hamlin rallied from a late pitroad penalty to finish third ahead of Joey Logano in fourth, as Ryan Blaney rounded out the top five.

Martin Truex Jr took fourth ahead of fellow playoff contender Kyle Larson, with Erik Jones in eighth knowing his own playoff chances are dwindling without a victory to his name in the regular season.

Alex Bowman took his best result sine mid-May in ninth place as Ty Gibbs, who was substituting for the injured Kurt Busch for the third consecutive race, completed the top 10.

Points leader Chase Elliott could only finish 11th, following up his equally low-key showing in Indianapolis last time out in 16th.