The Furniture Row Racing driver ran consistently in the top five throughout, although he rarely led the pack after the conclusion of the first stage.

Kevin Harvick and Kyle Busch led the majority of stages two and three, but a caution on lap 139 of 160 brought a split in strategy, with Truex, Harvick, Chase Elliot and Kyle Larson staying out to maintain track position.

Through two more cautions during the final 20 laps kept ahead of the rest of the pack at each restart, Truex edged out a lead to win by 2.4 seconds.

Chip Ganassi's Larson moved up to second place past Harvick at the restart following the caution on lap 142, and held off Harvick and Kyle Busch to take the runners-up spot.

Busch also passed Harvick for third after the race restarted for the final time. The Joe Gibbs Racing driver was the highest-placed of those who pitted for fresh tyres, but even with new rubber could not add to his victory in Saturday's Xfinity race.

Stewart-Haas Racing's Harvick, who won stage two and led the most laps, had to settle for fourth at the flag. 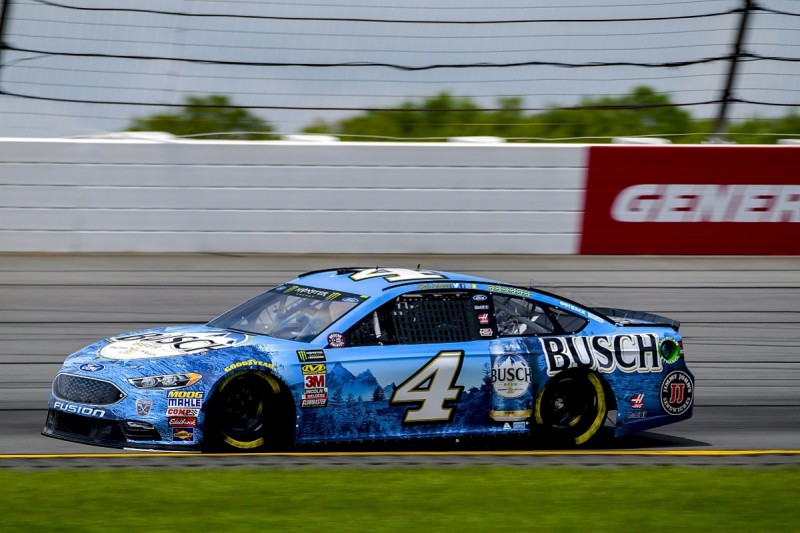 Brad Keselowski was the leading Team Penske driver in fifth, with team-mate Ryan Blaney finishing just behind in sixth.

His team-mate Elliot rounded off the top 10, trailing the third Penske Ford of Joey Logano.