Hamlin controversially tapped leader Elliott into a spin late in the Martinsville race a fortnight ago.

At Phoenix on Sunday they were fighting for second behind Matt Kenseth in the closing stages, with Elliott requiring a win to keep his title hopes alive and Hamlin still having a shot at getting into the final four by overhauling the off-the-pace Brad Keselowski's points tally.

Elliott tapped Hamlin's Joe Gibbs Toyota several times and then squeezed it into the wall as he passed, causing bodywork to rub on the left-rear tyre.

The tyre burst shortly afterwards, sending Hamlin crashing out of the race.

"I got into him [at Martinsville]. He chose to retaliate," said Hamlin. "I'm in the garage. That's the way it is.

"Each person had their own opinion of how they do things and it just proved to the people that thought I was a bad guy that he would do the exact same thing in the same circumstances. It's just part of racing."

Asked about the incidents with Hamlin, Elliott replied: "Well I'm going to race guys how they race me and keep a smile on my face regardless".

Elliott managed to overtake Kenseth for the lead, but was repassed with nine laps to go and missed out on both his first Cup race win and a place in the title shootout.

"We were so close to having another shot next week," said Elliott. "We fought really hard and gave ourselves a chance.

"Our car was really fast on those short runs after a caution and after pit cycles on tyres.

"It got really tight as the run went long. And once the rubber laid back down, I was just hanging on and hoping I could get to traffic before I started going away.

"We've had so many good opportunities and at some point, we've just got to close." 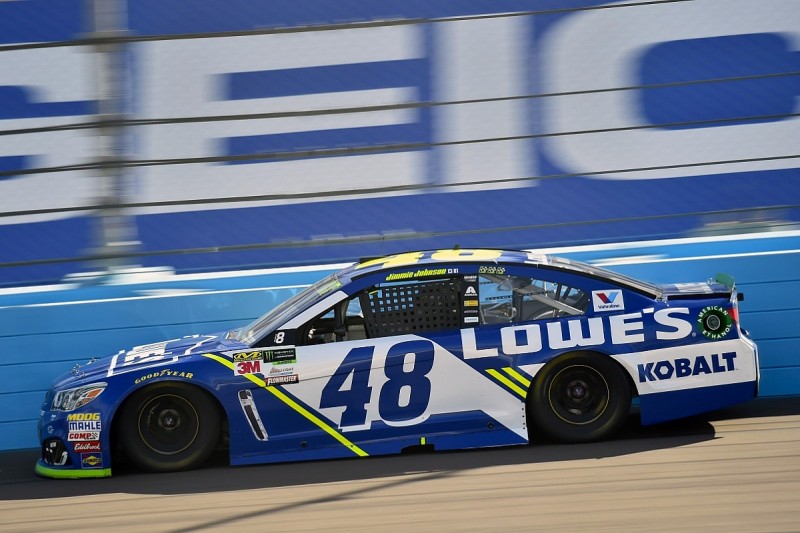 Elliott and reigning champion team-mate Jimmie Johnson were Hendrick Motorsports and Chevrolet's last title hopes going into Phoenix, but both were eliminated.

Johnson crashed out when his right front tyre deflated while running 11th near the race's halfway point.

"I hate it for this team. They've worked so hard all year long and I'm very proud of their efforts," said Johnson.

"The last couple of months we've been staying alive and at this stage you can't just stay alive.

"You've got to be hitting on all cylinders and we just haven't been there, unfortunately. "We were having a decent day, but we were going to need a great day."