The AUTOSPORT 1000kms at Silverstone is both the conclusion of this year's Le Mans Series title race, and the start of a brand new era as the Intercontinental Le Mans Cup commences.

With a pilot three-round series taking place this autumn and winter as a prelude to a full calendar in 2011, the ILMC is tipped to become the global contest the category has pined for since the demise of the Group C-based World Sportscar Championship nearly two decades ago.

These are its embryonic stages - there's no drivers' title up for grabs until 2011 at the earliest, just a manufacturers' crown for now, and it's all over after just the AUTOSPORT 1000kms, Petit Le Mans and a new race at Zhuhai. But if the new series blossoms as organiser the Automobile Club de l'Ouest and the top teams hope, this race could be looked back on as the start of a new golden age of sportscar racing.

At the very least, Silverstone marks only the third Audi versus Peugeot head to head of the year after Spa and Le Mans, sees the return of Aston Martin, and will resolve this year's LMS title battles as well as kicking off the ILMC championship hunt.

While there's no drivers' title to fight for in the ILMC, the teams are taking their championship seriously enough for Audi and Peugeot to assemble crack driver line-ups for Silverstone.

Audi has separated Allan McNish and usual partner Dindo Capello, with the Italian heading off to the #8 car to partner Timo Bernhard, and Le Mans legend Tom Kristensen making a rare appearance in a 'short' race to join McNish in the #7 R15.

Peugeot's works team is only running one car - for Anthony Davidson and Nicolas Minassian - but its regular LMS squad ORECA has factory pilot Stephane Sarrazin alongside Nicolas Lapierre.

On pure pace, there's no doubt the 908 has been the faster machine this year. Peugeot beat Audi at Spa and only lost Le Mans because of its own fragility. While Audi hopes its higher downforce package for Silverstone will narrow the gap, on 2010 form so far you'd have to say Audi's best hope of defeating Peugeot is for Peugeot to defeat itself again - something it has shown a predilection for over the years, remember its dramatic collapse in the LMS decider at Silverstone two years ago.

There's little chance of Peugeot losing the LMS drivers' title this time, though. Thanks to switching between the works and ORECA cars all year, Sarrazin has a clear 15-point lead with only 18 available at Silverstone. His nearest rival Lapierre is in the same car as him this weekend, and the chances of the Signature Aston Martin winning outright with Sarrazin non-scoring are all but zero.

The petrol teams can't otherwise hope to beat the diesels in a straight fight, and regulars Signature and Rebellion have a new threat this weekend as Aston Martin Racing returns. Its two cars have a low-key driver line-up though, led by Adrian Fernandez and with the intriguing addition of Andy Meyrick, who has built his LMP1 reputation via Kolles Audi, Dyson, ORECA and now AMR since switching from single-seaters last year.

The Strakka HPD has been the class of the LMP2 field this season, and in the last round at the Hungaroring Danny Watts beat all the LMP1s as well as he stormed to a superb pole. Then as the LMP1s all fell apart in the race, Watts and team-mates Jonny Kane and Nick Leventis carried that form through to clinch the first ever LMS outright race win for an LMP2 car. 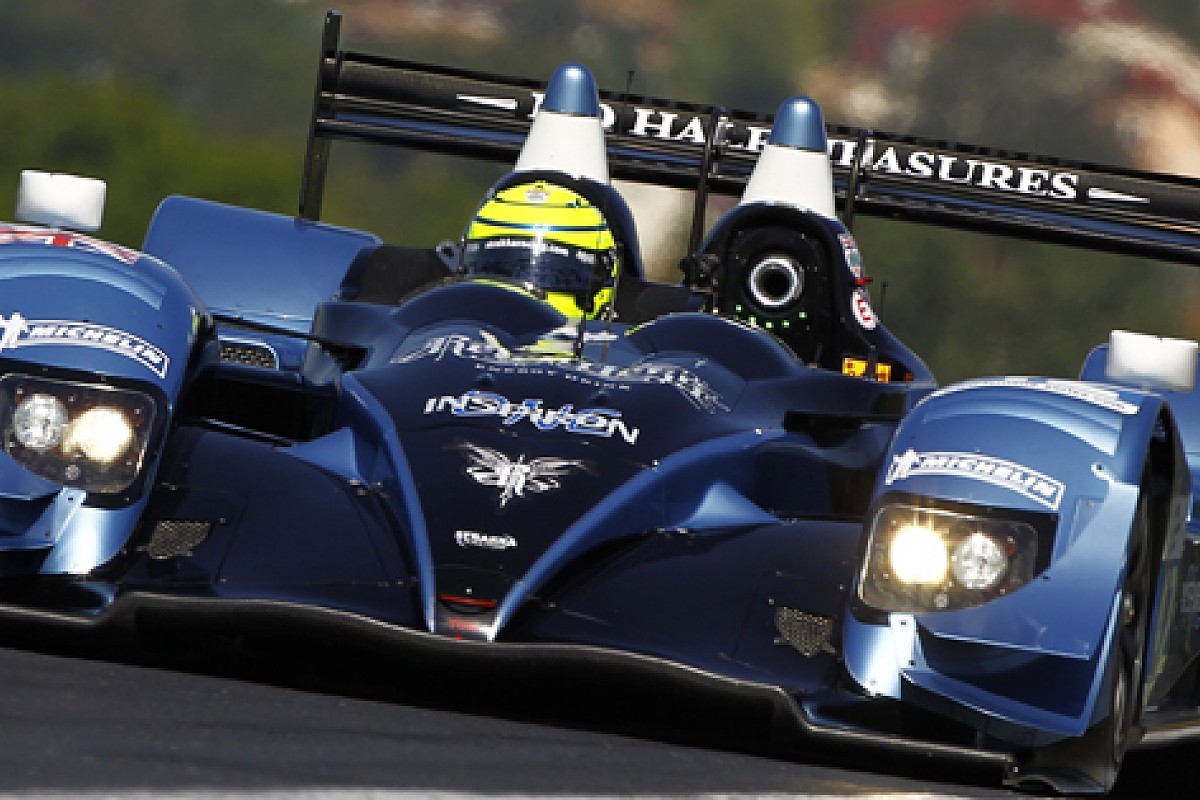 But retirements at Spa and Portimao have cost the team dear in the title race, and the more consistent RML team's Tommy Erdos and Mike Newton look set to wrap up the class championship this weekend unless Strakka can overcome a 13-point deficit.

Should Strakka and RML falter, look to the Quifel-ASM Ginetta to lead the way ahead of the Oak Pescarolo.

This class really should be dead by now, but it lingers on thanks to the continued presence of a handful of Saleen entries.

Whichever of the Larbre and Atlas S7Rs lasts longest will win the class, and in pace terms the cars will be among the top GT2s. Atlas has an intriguing driver line-up this weekend though, with British racer James Winslow and sometime Minardi Formula 1 man Zsolt Baumgartner joining Carlo van Dam.

Audi versus Peugeot is going to hog the headlines, but for epic door to door racing, the category to watch is GT2. Whether in the American Le Mans Series, the LMS, or in the Le Mans 24 Hours itself, this is the class that's produced the best action all year.

Porsche and Ferrari remain the key protagonists, with Felbermayr Proton Porsche pair Marc Lieb and Richard Lietz on the verge of the title, but the AF Corse Ferraris - including the 'all-star' car with Giancarlo Fisichella and Jean Alesi alongside Toni Vilander - will be at least as fast in the race. BMW is back too with a Schnitzer entry for Jorg Muller and Dirk Werner, and the M3 has shown class-winning form in America.

But for a very popular dark horse contender, try the JMW Aston Martin. Sure to be the home crowd's favourite, the V8 Vantage run by the ex-champion squad has been getting ever closer to Porsche/Ferrari pace and boasts an excellent driver line-up in Darren Turner and Rob Bell. 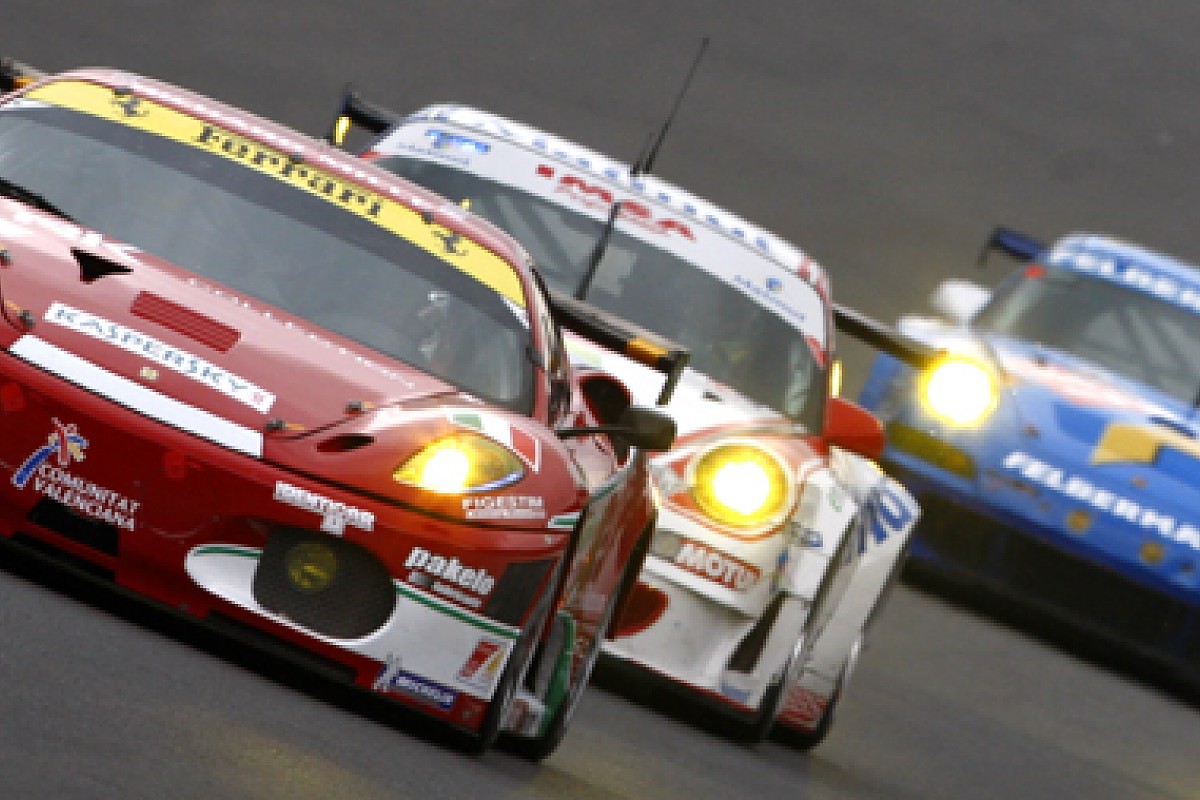