Both factory Yamaha MotoGP riders say they are not viewing this weekend’s Italian Grand Prix as a damage limitation exercise despite Mugello’s long main straight posing a problem.

The M1 was one of the slowest bikes in terms of top speed in 2020, with that fact remaining in 2021 owing to a freeze on engine development in the winter as a result of COVID cost-saving measures.

Ducati has been the conquering force at Mugello for the last three Italian GPs, with the latest edition in 2019 ending with Maverick Vinales as the best of the Yamahas down in sixth and 7.4 seconds from winner Danilo Petrucci.

With Ducati coming into its home round following back-to-back wins, the marque is favourite to extend its run – not least with its horsepower advantage suited to the track’s 1.1km main straight.

However, Vinales notes Yamaha scooped a Qatar double win despite its horsepower disadvantage to Ducati on Losail’s massive front straight and says the M1 has “a very big potential” at Mugello. 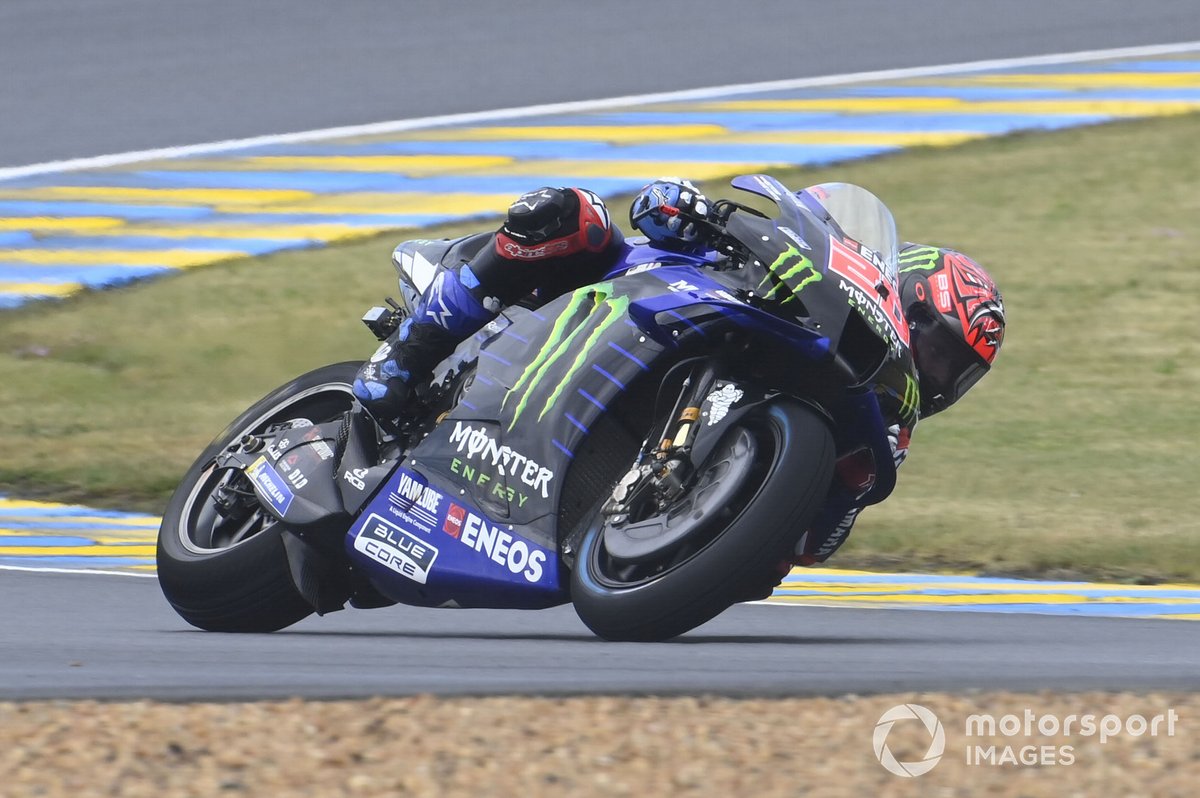 “Well, I think it’s a weekend where I approach it very differently than the rest of the weekends of my life,” Vinales said, having become a father for the first time this week.

“So, basically my motivation is very, very high and somehow I feel it can be a super weekend because I love the track.

“I know the bike has a very big potential, the first laps in Le Mans [before the rain] I felt very strong and I felt I could make something special in that race.

“So, basically I just carry on that momentum and I think we are on that level where we can do really nice things.

“Basically, for sure the long straight will be something we will have to pay attention to, but we won in Qatar both Yamaha riders. So, we need to believe in that.”

When asked by Autosport if the fact Mugello’s final corner isn’t a low-gear acceleration zone will help the M1, Vinales added: “Exactly. I think that fact will be really good because somehow in Le Mans I felt that our bike had such strong acceleration.

“So, it will not be easy because we know they are very strong.

“But somehow we can make it good. So, we will try to be as fast as we can through the chicanes and the last corner to see if we can deal with them [Ducatis] at least until the finish line.”

Team-mate and current championship leader Fabio Quartararo was 10th on his first visit to Mugello as a MotoGP rider in 2019, but echoed Vinales’ comments on Yamaha’s potential this weekend.

“When we were in Qatar I was thinking a little bit the same because Ducati also won the last two races [there] and actually we are feeling good on the bike and I feel like… Ok, we know the straight is not a strong point for us, but there are many corners here.

“Many fast corners, it’s where I feel really good and I think we just need to start the weekend like a normal weekend, not thinking about the last three wins of Ducati or that we have a big straight here – just go for it, make our pace and then on Sunday we will see.

“But the most important thing is we have a very good feeling on the bike.”