Yamaha’s Maverick Vinales led opening practice for the Italian Grand Prix on MotoGP’s return to Mugello for the first time in two years.

MotoGP had to cancel its visit to Mugello in 2020 due to the COVID-19 pandemic, with continued restrictions forcing the 2021 Italian GP to be held behind closed doors for the first time.

A frequent visitor to Mugello in his role as Ducati test rider, Michele Pirro set the early pace on the Pramac Ducati as he steps in to replace the injured Jorge Martin.

A few moments later championship leader Fabio Quartararo took over top spot on his factory Yamaha with a 1m47.566s, though was soon deposed by team-mate Vinales.

Vinales – who became a father for the first time ahead of the Italian GP – improved his benchmark to a 1m47.130s with just over 15 minutes of the session gone.

This stood as the time to beat until the closing five minutes, when Suzuki’s Alex Rins edged ahead with a 1m47.085s having gone out on a fresh medium rear for a time attack.

Rins improved on his following tour to a 1m46.952s, though it would be Vinales on a set of fresh mediums at the death who would see out the session fastest after firing in a late 1m46.593s.

A late improvement for Pramac’s Johann Zarco on the Ducati lifted him up to second, 0.209 seconds behind Vinales, while Rins completed the top three. 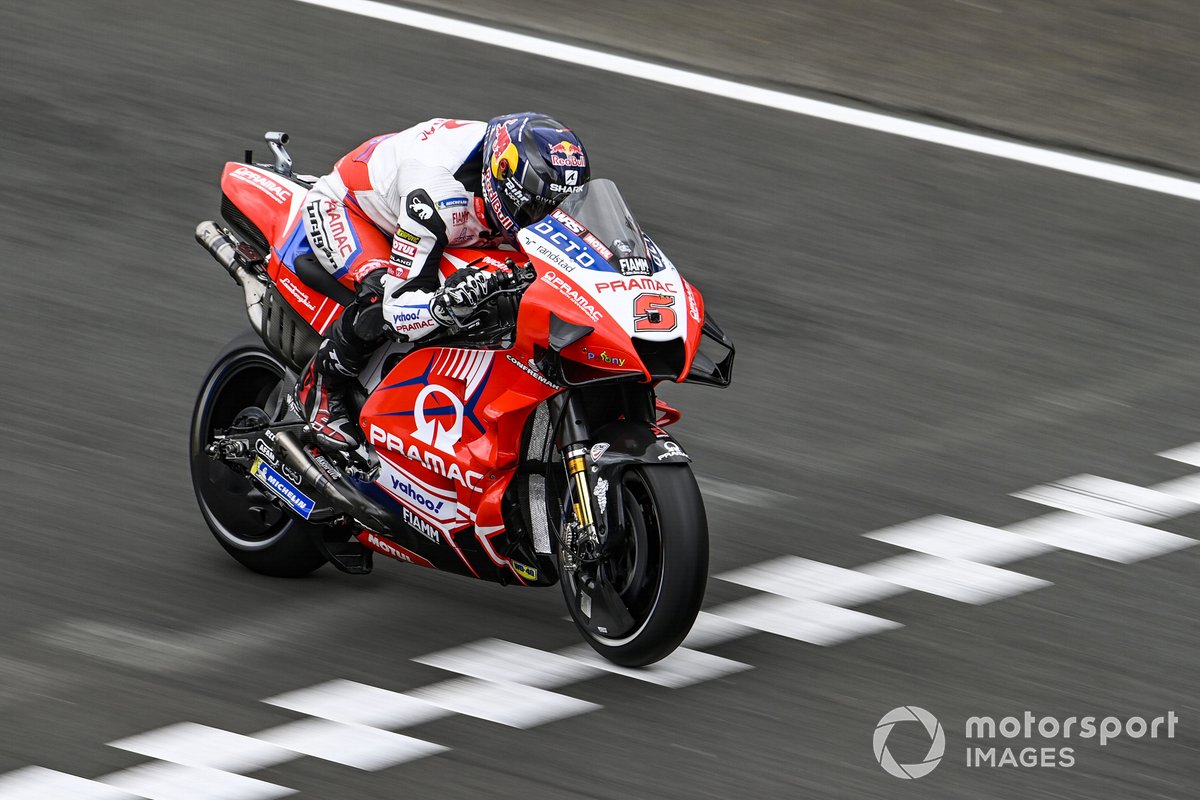 Reigning world champion Joan Mir backed up Suzuki’s solid start to the Italian GP in fourth on his GSX-RR ahead of Petronas SRT’s Franco Morbidelli on his ‘A-spec’ Yamaha.

Ducati’s Francesco Bagnaia was sixth ahead of Pirro and Quartararo, with French GP winner Jack Miller on the sister factory team Ducati and KTM’s Miguel Oliveira rounding out the top 10.

Honda’s Marc Marquez made a steady start to his Italian GP weekend as he battles pain in his right shoulder, revealing on Thursday at Mugello that he had considered pausing his comeback after the Spanish GP.

Marquez was 1.6s off the pace in 16th ahead of home hero Valentino Rossi on the second SRT M1 as he begins a “very important” phase in the season in deciding his MotoGP future.