Aprilia rookie Sam Lowes is unhappy with what he feels is a lack of respect towards him within the MotoGP outfit, compounding a "nearly unbelievable" situation

The Briton graduated to MotoGP in 2017 with Aprilia, a programme run by the Gresini outfit with which Lowes won two Moto2 races last year.

He is 24th in the standings after six races, seven spots behind Aleix Espargaro, with a best result of 14th at Le Mans.

Lowes has not been running the same specification RS-GP as Espargaro - who has its newer engine - and has also been hit by a series of mechanical problems, including one that essentially cost him qualifying at Barcelona on Saturday.

At the end of what he described as the "worst day of the year", Lowes said it adds to a challenging situation.

"It's a tough time, tough time of the year, tough situation in the garage and some certain things going, and to not even be on the track is a bit of a joke, really," he said.

"The level of the team's very high quality, but at the minute I'm not happy.

"Not happy with the respect, the situation and the communication has really been bad.

"In the paddock you hear what's going on and I understand the situation and obviously I know exactly the situation.

"Honestly, for me, it's nearly unbelievable. I lay in bed at night, and some of the things going on, I'm shocked and disappointed.

"My results haven't been great, but as a rookie on this bike and the package I'm on all the time, being a little bit behind, they don't quite understand and that's very strange for me.

"In this paddock, you need people who understand. Other people do understand and that's lucky for me at the minute." 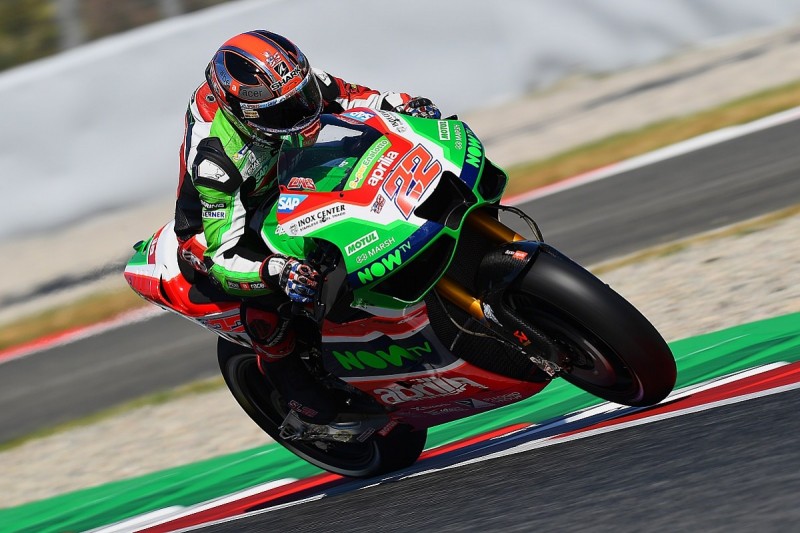 Lowes was encouraged by his progress and race pace during practice sessions at Barcelona, where Espargaro qualified fifth.

Reports in the Italian press suggested Aprilia could replace the contracted Lowes for 2018, with Cal Crutchlow admitting it is one of his "options" and Suzuki's Andrea Iannone also linked with a switch.

"If it carries on like this, I don't want to ride it anyway," Lowes added.

"Some things like that, that doesn't really bother me, because I know the situation, but those rumours are typical of what's wrong with the situation.

"They need to sort the problems out. It doesn't matter if you're Valentino Rossi, if you don't go out in qualifying you can't be on the fucking front row.

"Anyway, tomorrow will be quite good. I'm riding quite well, I can keep my pace a bit longer, the last 10 laps are going to be really bad for everybody, so we're going to have to see how that is.

"I'm improving, I feel quite relaxed on the bike."