Valentino Rossi says he is not expecting to make a charge from 13th in the Catalunya Grand Prix, because his Yamaha MotoGP bike's race pace is "not fantastic"

Having not joined Honda and Ducati in testing at Barcelona last month, Yamaha has struggled in low-grip conditions exacerbated by warm temperatures, with Rossi and team-mate Maverick Vinales both missing out on automatic places in Q2.

Vinales progressed from Q1 but Rossi did not, coming up 0.040 seconds short of advancing, which left him 13th on the grid.

"I expected to struggle less, because yesterday I wasn't fantastic but I had a quite good feeling with the bike," Rossi said.

"This morning, it looks like the asphalt today provides less grip and for us it was a big problem - we struggled a lot.

"We have a lot of problems with the tyres especially, it looks like we are not able to make the tyre work in the right way.

"With all the tyres it's difficult, some make more laps but have less grip, we don't have the right choice [for the] front and rear.

"Starting from 13th will be very hard tomorrow, very tough also because the pace is not fantastic."

The Italian last qualified outside of the top 10 at Phillip Island in 2016 and managed to move from 15th to second in that race, but he warned a repeat of such a performance was unlikely. 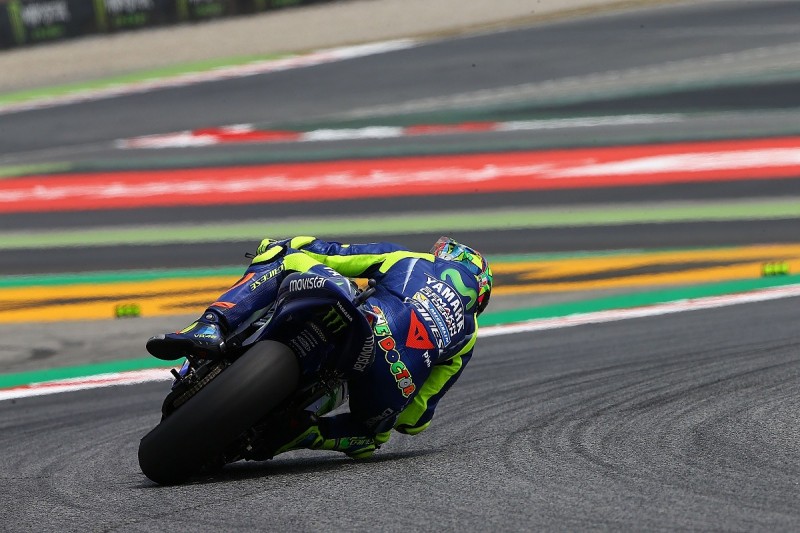 While Rossi was fifth in the race-simulation fourth practice session that preceded qualifying, he took little solace from the result.

"The problem is that with the medium tyre we are not so bad for six laps, but the race is 25 [laps]," he said.

"With the hard tyre, we are never good.

"So the choice is, make five laps and slow down, or make all the race slow."

Championship leader Vinales looked to be struggling more than Rossi on Friday but got through Q1 and qualified ninth.

The Spaniard has inferred problems at Austin and Jerez were more to do with tyres, but said on Saturday that he does not "want to talk more about tyres because it looks like I am the only one talking all the time".

Asked why he was struggling so much, he said: "Is it the question I ask myself every time I cross the finish line. I don't know!

"I have a lot of problems there. I use less power and one where I slide a lot.

"Very strange. I don't have a good feeling on the bike.

"With the front I feel quite OK and I can push hard but the rear is terrible."