Ducati’s Jack Miller says he “hit a wall” with rear grip in the closing stages of the MotoGP Qatar Grand Prix, which caused his slump from podium contention to ninth.

Miller, team-mate Francesco Bagnaia and Pramac duo Johann Zarco and Jorge Martin monstered the field off the line to occupy the top four places on the opening lap.

But all of them hit trouble as the race wore on, with Miller suffering with a loss of grip late on despite making a gentle start to his race in a bid to keep his rubber fresh for a closing battle – a tactic which carried Andrea Dovizioso to Qatar victories in 2018 and 2019 on the Ducati.

A strong headwind also hampered the Ducatis in terms of top speed, but Miller doesn’t feel this played a part in his struggles.

“The wind for sure wasn’t ideal but it was the same for everybody,” Miller said on Sunday evening.

“Definitely wasn’t as bad as it was in the afternoon but still wasn’t pleasant.

“We had a really good start, was able to push as I liked – not too hard at the beginning but maybe 12-14 laps to the end, when [Maverick] Vinales came past, I said ‘OK now it’s time to start upping the pace’.

“I was able to drop my pace to the low 1m55s for a few laps and then, bang, I sort of hit a wall and started losing the rear mid-corner.

“I was just trying to manage the tyre in the beginning and it didn’t really work so we need to understand what I’m doing, what the others are doing.

“It’s the first race of the season, we start from here.” 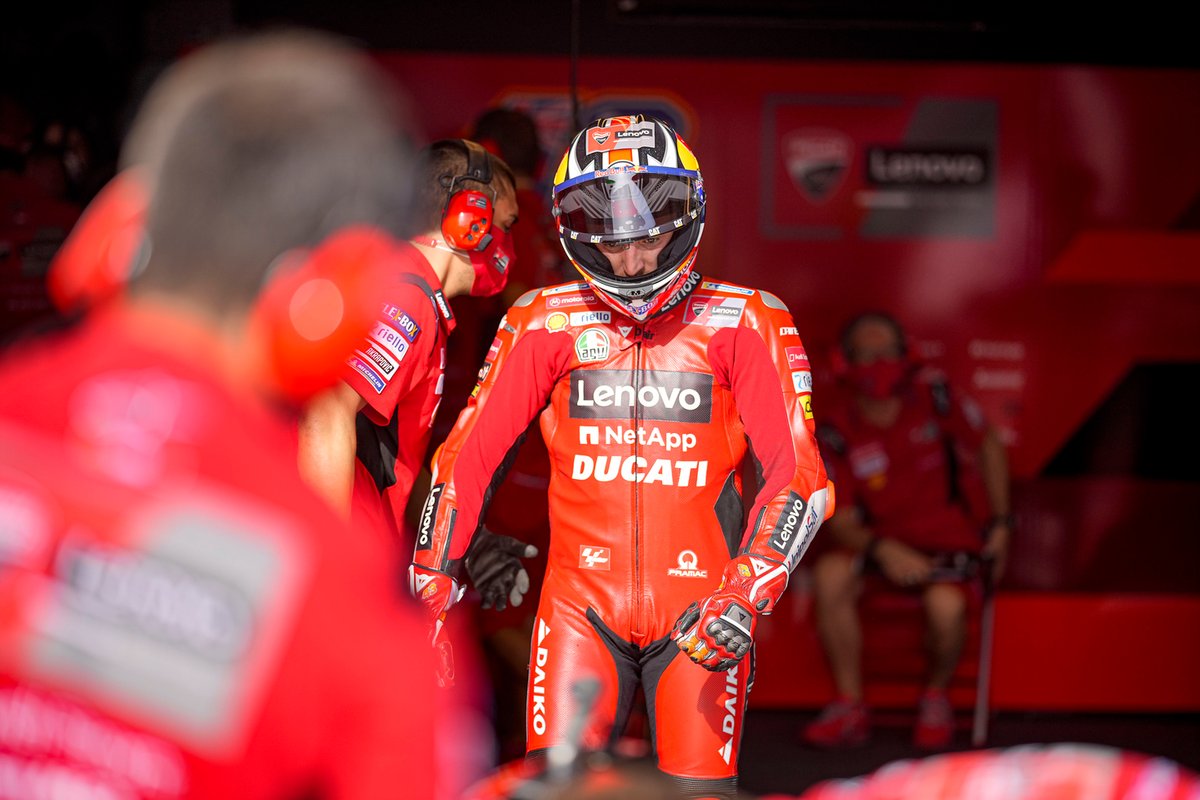 Bagnaia suffered a similar drop-off late on, but was able to bounce back on the final lap to pass the Suzuki of Joan Mir on the run to the line to snatch third.

Commenting on his last-gasp run to the podium, Bagnaia noted he “risked a lot” to ensure he started his factory Ducati career on the rostrum.

“I took a lot of risk in the last lap because after a race like this, I was not happy without a podium,” he said. “So, I pushed a lot, I risked a lot to chase Johann and Joan.

Miller conceded ninth was better than nothing, but says these are results he ‘doesn’t want’ now he is a factory team rider.

“Now we’re in the factory team, we don’t want to be in ninth position but that was the cards we were given today,” he added.

“For sure, in the wind was a bit of a strange one but I felt like I had the package to fight, for half of the race at least, to fight for the victory. I felt calm, but seven seconds away [from the win], so we need to find seven seconds over the next seven days, simple as that.”