Qatar Grand Prix winner Maverick Vinales believes "Yamaha is back" to its full potential following his commanding victory in the 2021 MotoGP opener.

Despite dropping to sixth as a quartet of Ducatis rocketed to the front at the start of the 22-lap race, Vinales rallied to fight his way through to the front of the pack by the 15th tour.

From there, he opened up a gap of over a second to come under no threat through to the chequered flag for his ninth MotoGP victory.

Vinales concedes Yamaha needs to take a step forward on race starts, but feels the 2021 M1 has returned to him the strong feeling he used to have on the bike.

“Anyway, next race we're going to try to make an improvement, it's very important.

“And for the rest of the season for sure, Yamaha is working very hard to bring a device to start better.

“The corner speed, the turning. This is very important for us to have in the pocket because to fight the Suzuki or the other manufacturers we need to have this kind of corner speed.” 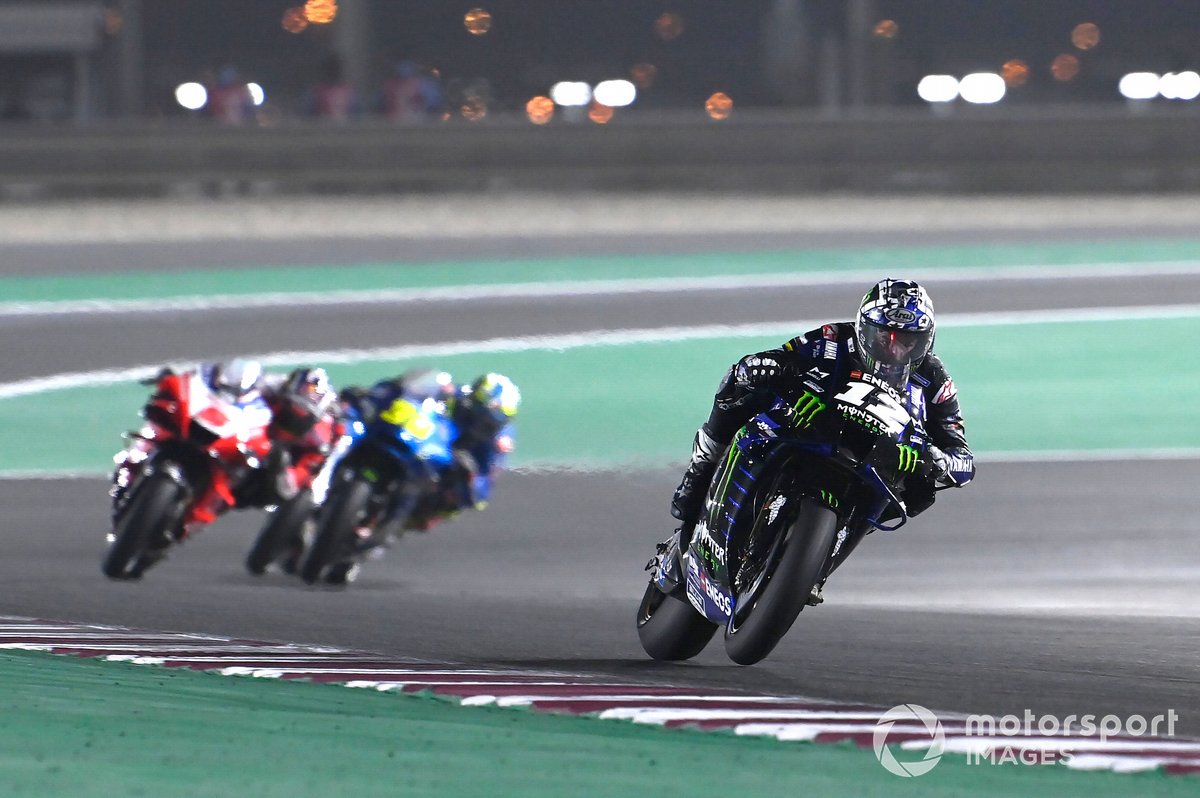 The Yamaha has typically struggled to overtake in recent years because of its power deficit to its rivals, but Vinales feels the way the 2021 M1 turns has allowed him to be more aggressive in areas of the track where the bike is strongest.

“For sure, we changed a little bit the mentality,” he added.

“We needed to be stronger in overtaking, it was something we were missing last year because I felt we had a great potential, very good rhythm.

“But I was stuck in many ways in the race, so I wasn’t able to overtake.

“But I said here in Qatar I have many points where we are fast, and still we need to understand how to overtake in other ones.

“But overall I think we worked well this winter, we prepared the bike to at least be faster on the change of direction to put the bike in because our bike is turning.

“So, I can turn with a lot of speed and this brings me the opportunity. But overall I was much more aggressive than in the previous races.

“We need to keep going like this, we have nothing to lose. We need to push and push. This is the only way.”