The Aprilia MotoGP squad is set to undertake a three-day private test at Jerez next month with 15-time race winner Andrea Dovizioso as talks between both parties have arisen again.

Dovizioso is currently on a sabbatical after being ousted from his place at the factory Ducati squad at the end of 2020 as the relationship between himself and general manager Gigi Dall’Igna soured.

The three-time MotoGP title runner-up was offered a race seat with Aprilia for 2021, but turned down the offer as at the time he felt it wasn’t the right situation for his career.

Dovizioso also had an offer from Yamaha to be a test rider, but turned his back on that as it didn’t leave the door open for his desired full-time race return in 2022.

Negotiations between Aprilia and Dovizioso have picked up again since the beginning of February over the possibility of him joining as test rider.

But following a strong showing for the new RS-GP at the Qatar pre-season test last week, Dovizioso’s curiosity about the package has increased.

"I was pleased by Aprilia’s interest and when we spoke about the possibility of doing this test," said Dovizioso.

"I gladly accepted the invitation to be able to ride a MotoGP bike again and to stay in form, giving the engineers my feedback. I wish to thank Aprilia Racing for this opportunity.”

Aprilia has hired Jerez for a three-day test on 12-14 April, which will not feature its race riders due to the Qatar Grand Prix weekend beginning just two days later.

“It was a pleasure to invite Andrea," said Aprilia Racing's CEO Massimo Rivola. 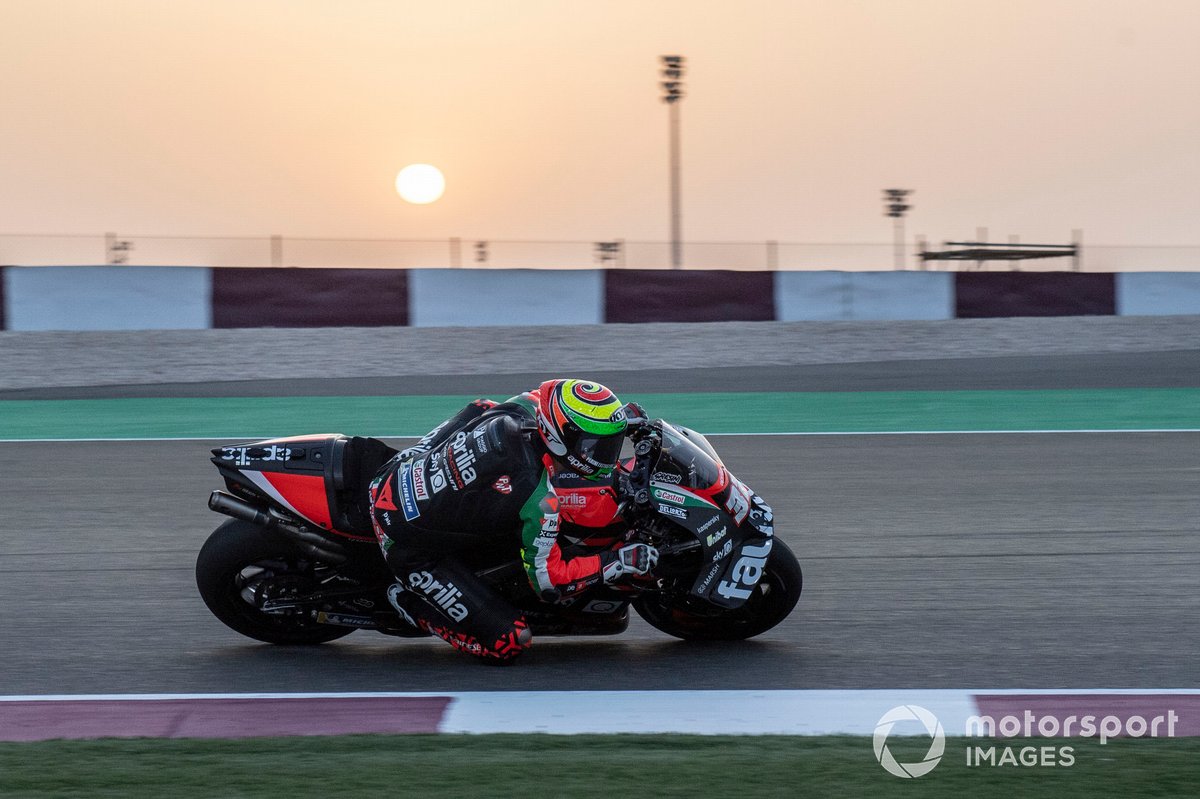 "The days in Jerez will simply be a chance to get to know one another better, also on the track. It will not be a ‘trial matrimony’ but an opportunity to turn some laps together without any binding commitment for the future.

"We are well aware of all Andrea’s qualities and his contribution will be important, even for just one test.”

The state of Aprilia's remains unknown at present, with current test rider Bradley Smith looking likely to quit the role after he was passed over for a race seat in favour of Lorenzo Savadori.

Aprilia explained earlier this month that this decision was based on company desires but wouldn’t elaborate further.

Dovizioso has remained committed to his training regime in preparation for a motocross campaign this year as he builds to a 2022 MotoGP return.

He had been linked to potential Honda outings at the start of 2022 while Marc Marquez continued recovering from his broken arm, with it thought following his third operation in December that he would need at least six months more of rehabilitation.

However, Honda quashed these rumours by stating Stefan Bradl would be Marquez’s stand-in – though it now looks like a moot point, as the six-time world champion could well be on the grid for next week’s Qatar GP.

In other testing news, Yamaha will hire out Jerez for a three-day outing with Cal Crutchlow from 12-14 April.