Marini ended the Qatar pre-season test 21st overall, five spots clear of slowest rookie Lorenzo Savadori on the Aprilia, and was satisfied with his progress in adapting to the Desmosedici over the five days of running.

Ducati topped the test outright after Miller set an unofficial lap record of a 1m53.183s on his factory team GP21 on the opening day of the second test. 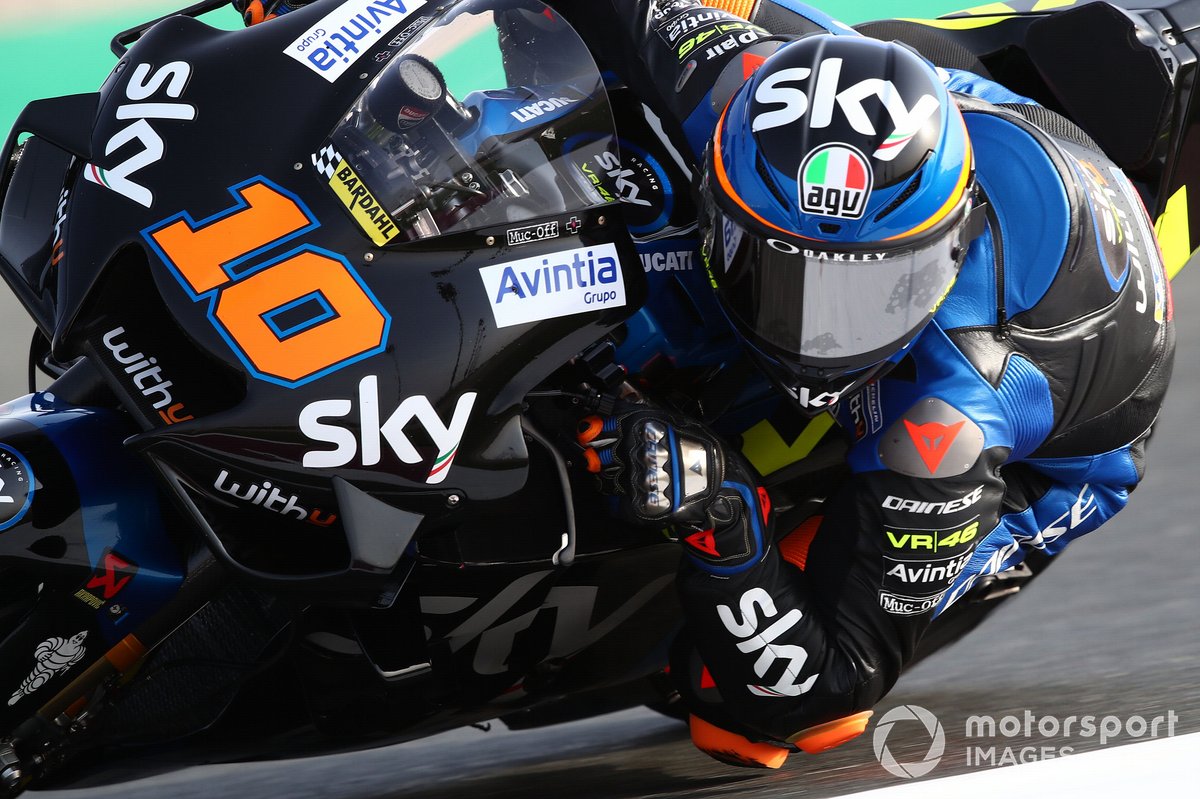 When asked whose Ducati data he has been finding the most interesting to look at, Marini noted Miller’s ability to turn the bike “like the Yamaha” and is keen to learn how.

“I think everybody rides in a similar way,” he said.

“You can see that the bike needs some specific manoeuvres.

“The rider has to do something to make the bike stop and turn better.

“But every rider has his own way to do this. So, it’s interesting for me to look to all the three top guys, the three guys with more experience in Ducati.

“But, also I look at the data of Martin and Enea. But for sure to be faster it’s more important to check with Miller and [Johann] Zarco and Pecco.

“Jack is very strange how he uses the bike, also the set-up. So, it’s not easy to copy, but you can see how the potential of the bike is because it has a very big potential.

“I think every Ducati rider brakes deeper and harder for the lap time, but also Jack is impressive how he can turn the bike in the middle of the corner.

“Pecco looks the most similar to me maybe, so it’s easier to compare the data with him, while Zarco rides in a very singular way.

“So, it’s not very easy to compare with, but he was in Avintia last year, so my crew chief knows him very well and we can check interesting things with him.”

Looking ahead to his debut race next weekend in Qatar, Marini notes he still has a lot of work to do on the front-end having focused almost exclusively on setting up the rear of his bike in testing.

He notes his main weakness on the front end is “the last part of entry” into the corners, as well as managing the bike when the front tyre begins to wear across a race distance.