Cal Crutchlow believes his former Honda stablemate Marc Marquez “will never be slow” when he finally returns to MotoGP from injury, but concedes he will need time to readjust.

Marquez has been out of action since last July’s Andalusian Grand Prix when he broke his right arm in the opening Jerez race, and has since undergone three operations.

The six-time MotoGP world champion’s arm is now recovering and he has begun his preparations for staging his return in 2021, having been able to start riding motorcycles again.

Though no date for his MotoGP return has been given yet, Marquez hasn't ruled out starting the season-opening Qatar GP and does feature on the provisional entry list.

Crutchlow, who raced for Honda with LCR from 2015 to 2020, has no doubts about Marquez being fast when he returns, despite observing eight months without riding a bike.

“With regards to Marc, Marc Marquez is Marc Marquez,” Yamaha test rider Crutchlow said. “When he comes back, he’s never going to be slow. That is for sure.

“And we all look forward to it. Everyone is anticipating him to ride as soon as possible, but I think he knows to take his time and come back.

“But he’s not going to be a slow rider or anything like that. But it’s going to take him time to build up, to readapt.

“But you say that about Marc, he could be fastest after three laps. You never know, we’ve no idea.

“I think even the riders want him to come back, and hopefully he comes back soon and is fit and ready.” 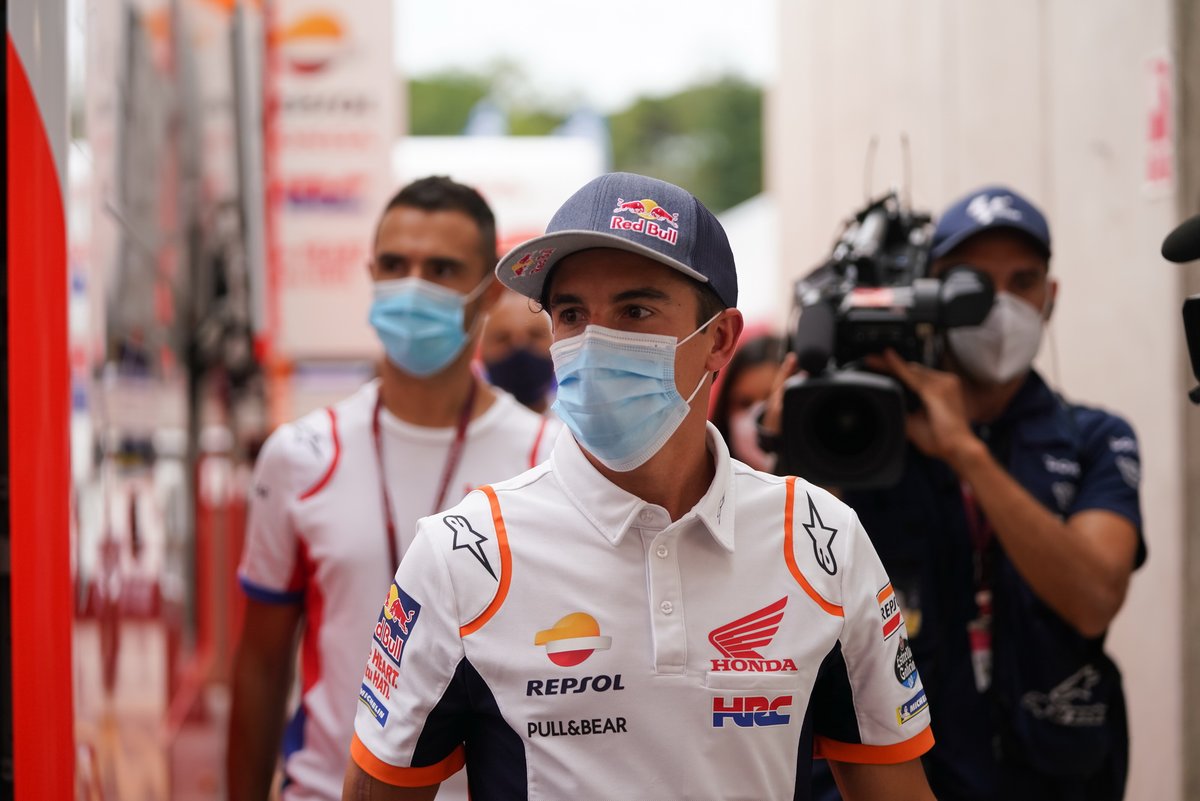 Though Marquez has been able to start riding bikes again, he was absent from last week's pre-season testing in Qatar.

During Honda’s 2021 launch event last month, team boss Alberto Puig noted what HRC expects of Marquez is irrelevant to his own expectations as a rider – but believes he will “find a way” to be his old self again.

Honda's pre-season testing was a mix affair, with the marque registering the most crashes between its riders as LCR's Alex Marquez took top honours with five tumbles, the last of which on the penultimate day leaving him with a fractured foot.

Pol Espargaro had one crash - but not the one he was expecting - but impressed on his debut Honda appearance, ending the test just 0.716 seconds off the pace in 10th and was branded the "standout" of the pre-season by Ducati's Jack Miller.