The ex-Formula 1 driver, who previously won the Indy 500 with Andretti Autosport in 2017, was running ahead of Scott Dixon's Chip Ganassi Racing car and team-mate Graham Rahal - son of team founder Bobby - when a heavy crash for the third RLL entry driven by Spencer Pigot exiting Turn 4 caused the race to finish under caution.

Sato admitted afterwards that while his "personal ambition was achieved in 2017", it didn't wholly make up for the ending to the 2012 race when his attempt to pass Dario Franchitti on the final lap at Turn 1 ended in a crash.

Sato felt he had "disappointed" team co-owners Bobby Rahal, David Letterman and Mike Lanigan, and was satisfied that he got the opportunity to pay them back.

"You have something back your mind is always pulled in that way," Sato said.

"I just wanted to give them back what they have and they felt on that particular moment. I disappointed them.

"I just wanted to fix it. It took eight years, [but] I just simply wanted to appreciate the team owners' commitment.

"I know they wanted Graham to win so badly. I'm pleased today the team did 1-3, I'm sorry for Graham I won today.

"But I still feel this is the moment mission completed that I really wanted, waiting for eight years for my team owners to give it back."

Responding to Dixon's comments that Sato wouldn't have been able to make it to the finish had the race stayed green, Sato added that he was "very, very close" in the last few laps.

"Even if we had gone through [the final stint] entirely green, I think we would have been okay," he said. 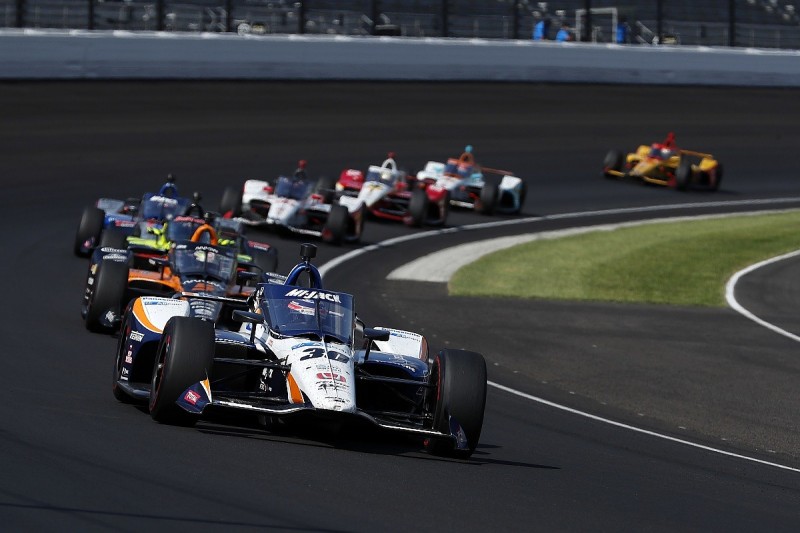 "However, still I think I would have been threatened from Dixie for the last few laps when he would probably have been 100 percent rich power. I had some of that in the pocket, but otherwise it was very, very close."

When asked about Sato's 2012 crash, 1985 winner Rahal said his car that year " was not anywhere near as good as the car we had today".

"I've got to tell you, that race in '12, he was doing something with a car that should not have been able to be done," he said.

"That car was not anywhere near as good as the car we had today, yet there he was.

"In fact, I remember he and Dixon and Franchitti came out of [Turn] four, and Takuma put a pass on Dixon that was just unbelievable.

"Of course he tried to do it again on Franchitti on the last lap. I think Dario made the track a little narrower than it was intended to be. Nevertheless, we lost control and crashed.

"He's all fight. He's not a guy that's going to give up. I think we saw that today."

Rahal added that Sato "deserves to be highly respected for his abilities", having first seen him in action when he was part of the Jaguar Formula 1 set-up and Sato was in Formula 3.

"Takuma, hey, two-time winner at the Indy 500, there's not many of those guys out there. I don't care what you say.

"In '17 when he won, I don't think anybody can say he won that one by a fluke or anything.

"I think the guy deserves to be highly respected for his abilities, particularly on the ovals.

"A place like Indianapolis kind of suits his skills because he's very smooth, obviously he's quite brave.

"He really has a good feel. I think that really works well at a place like Indy."