Scott Dixon says he should have been "more aggressive" with IndyCar rival Takuma Sato for victory in the Indianapolis 500, having spent the latter stages on a lean fuel mix

Sato passed Dixon after the final round of pitstops, holding his position at the head of the field as Dixon cautiously probed around Sato for a way back in front.

But although Sato was resolute in defence, Dixon was also managing fuel mileage to make it until the end of the race.

Spencer Pigot then crashed with five laps to go, hitting the pit-in attenuator at high speed to bring out a caution and neutralise the race, with Sato taking his second Indy 500 victory.

Five-time IndyCar champion Dixon said after the race that he "can't see" how Sato would not run out of fuel at the pace he was running in the lead had the race stayed green.

But Dixon also conceded that he could have pushed Sato harder, and that there was an opportunity to clear the Rahal Letterman Lanigan Racing driver around the outside as he held the apex of each corner.

"I probably should have been a little more aggressive on that high side there," reflected Dixon, who extended his points lead over Josef Newgarden to 84.

"I think he would have just run me up anyway, which maybe would have put both of us in the fence, or maybe just me.

"Maybe we should have gone harder. Maybe we would have run out of fuel and been in the same position, I don't know what was the right call.

"Just shows you, when I was asked if I wanted to be leading with five laps to go yesterday, absolutely, especially with a scenario like this". 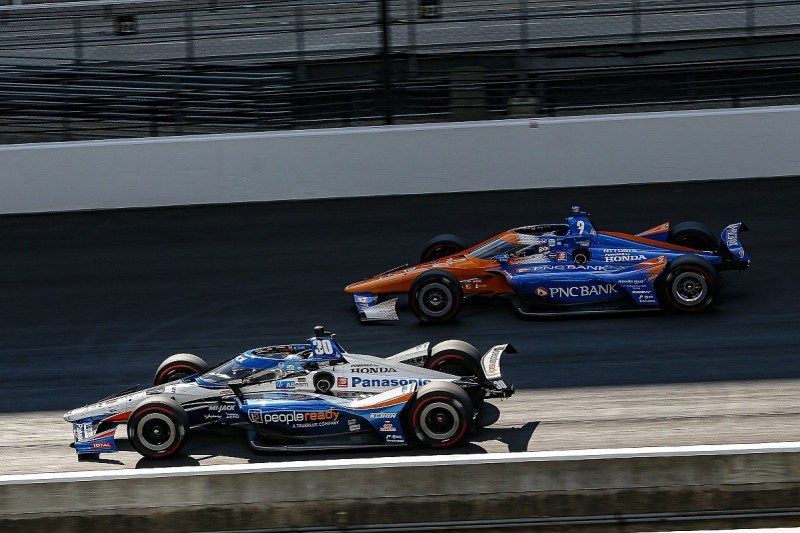 Dixon also expressed his surprise at the lack of a red flag for Pigot's accident, having expected an immediate stoppage.

With a potential three-lap shootout at the end had a red-flag period been forthcoming, Dixon says that Sato could have been a "sitting duck" on a potential restart.

"I definitely thought with five to go, I thought they were going to [red flag it] immediately," he said.

"Because, one, the size of the crash, and two, where it was, it wasn't going to be a quick cleanup. I was kind of surprised they didn't.

"If they got out there and had a dash with three laps to go, I think all is fair in a situation like that.

Ericsson was the first car to crash out on lap 24, while Rosenqvist finished 12th, briefly cycling to the lead by staying out under a caution for Alex Palou's crash before dropping back. 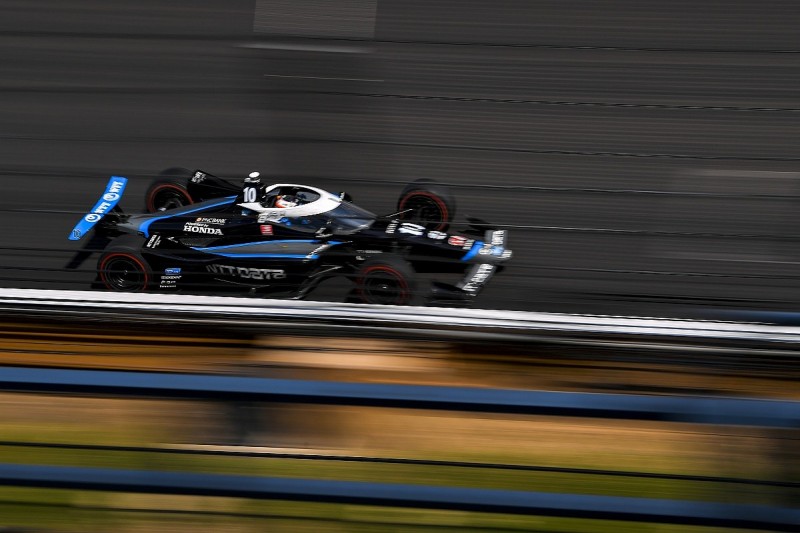 "We finished two positions better than where we started, but I think the car was capable of a bit more today," Rosenqvist said.

"I think I am still figuring out how to work the ovals; that is the biggest Achilles heel in our operation right now on the #10 car.

"P12 is not something to cheer for, but it was a good finish.

"We got through it and we'll have to come back stronger next year."