The Spaniard spurned the opportunity of a second season in Japan's Super Formula championship - after winning a race, rookie of the year title and almost clinching the title in 2019 - this season and instead joined Dale Coyne Racing in America.

Palou scored a podium finish at Road America - only his third IndyCar outing - and other highlights included qualifying third for the second round at Road America and setting the fastest single lap in qualifying for the Indy 500.

His chance to join Ganassi came when the team did not take up the option to keep Felix Rosenqvist for a third season, and has instead installed Palou alongside reigning champion Scott Dixon, Marcus Ericsson and Jimmie Johnson (with the seven-time ex-NASCAR champion's entry to be driven by a different driver in the four oval races). 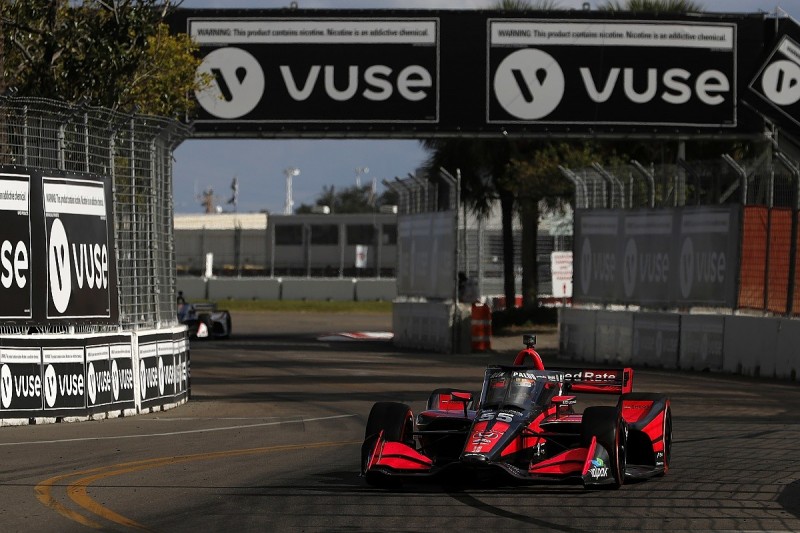 Talking about his move to Ganassi, Palou told Autosport: "I am super happy and it is something that seems to me phenomenal.

"After a year like this with what is happening with the coronavirus, which is not easy for the teams - especially for the little ones like the one I was in - you always have the doubt if there will be enough support from sponsors, if the team you are with will be able to continue.

"Suddenly it changed and now I can be with the best team, with the champion team and with the most titles in IndyCar [since it was formed in 1990, Ganassi has a superior strike rate to Team Penske]. It couldn't be better.

"A lot of people don't even have this opportunity [in their careers]; it's not that it happens once in a lifetime. Very few drivers have been racing with Ganassi, few have been racing with Penske - the biggest teams in the category. So I'm super lucky to be one of them after my first year in IndyCar.

"Also, I will be lucky to have Scott Dixon as a team-mate as you can't learn from anyone else better than Dixon, who has won six championships, is 40 years old and has so much experience in IndyCar. I'm going to learn a lot from him."

Palou ended his first test with Ganassi, at Barber Motorsports Park, in 11th as the 2020 Rookie of the Year Rinus VeeKay topped the times last week.