Penske says the door is not closed on Juan Pablo Montoya remaining part of its IndyCar line-up next year, albeit only for the Indianapolis 500

The ex-Formula 1 driver and 2015 Indy 500 winner has been replaced by Josef Newgarden in Penske's full-time, four-driver line-up for 2017.

While that on paper marks the end of Montoya's three-season stint with Penske after returning to open-wheel racing from NASCAR, Penske president Tim Cindric says the relationship could continue in a truncated form.

"It's something we are still working through," Cindric said.

"When we sat down with Juan around the Toronto race in July we told him at that point in time we weren't prepared to make any decisions until the end of the season.

"We wanted him to understand what our options were and we were very upfront with him about that situation.

"We told him we wanted him to be part of our team in the future.

"We have a seat for him at Indy if he wants one and if we do a sportscar programme we want him to be involved in it." 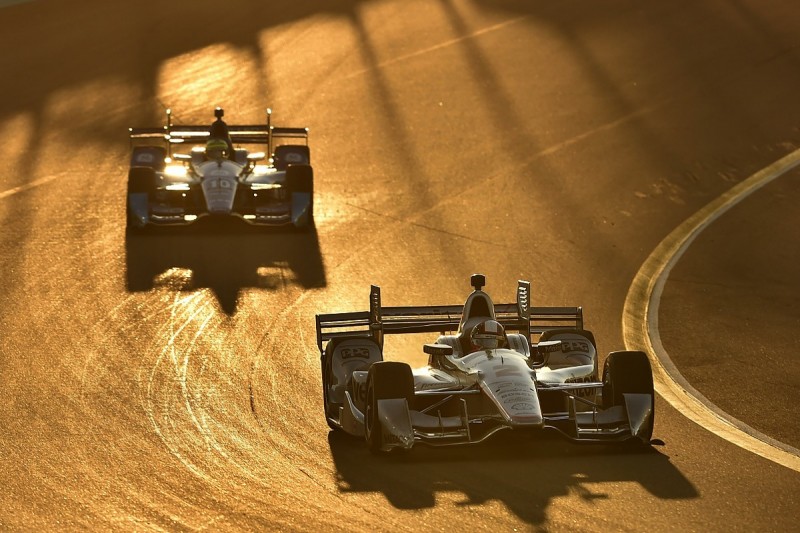 Montoya's best option to remain in a competitive IndyCar seat full-time would appear a return to Chip Ganassi Racing - with which he raced in NASCAR and won the 1999 CART title and 2000 Indy 500 - if Tony Kanaan is replaced.

According to Cindric, Montoya was not keen to commit to a partial schedule when the option was presented.

The Colombian narrowly missed out on the 2015 title, but was eighth this year in a tough campaign.

"He said he really wanted to drive another season in IndyCar and didn't want this to be his last season," Cindric said.

"If it had been last year, it would be a little easier to take but he still felt he had some unfinished business.

"Really, what he is doing right now is trying to decide if a full-season opportunity is available.

"We said our offer is open to him and would love for him to continue on our team.

"We were just trying to decide whether we were going to position ourselves to do that for another year and miss the opportunity to get Josef as part of our team.

"Really, the ball is in his court as far as continuing an association if it makes sense for him."

Ganassi switches from Chevrolet to Honda for 2017 IndyCar season