The move had been anticipated since Newgarden's exit from Ed Carpenter Racing last week and fellow Penske contender Alexander Rossi's decision to stay with the Andretti Herta combination.

Newgarden was fourth in the 2016 championship behind a Penske 1-2-3 for Simon Pagenaud, Will Power and Helio Castroneves, and will now become their team-mate next year.

"For any open-wheel racer - or any racecar driver in general - Team Penske is a dream job," said Newgarden.

"Roger Penske is a legend in the motorsports community and his team has done just about everything they've ever set out to do.

"To get an opportunity to work with Simon, Will and Helio, along with the rest of the team, will just help make me a better driver."

The 25-year-old becomes the first American to drive full-time for Roger Penske's IndyCar team since Sam Hornish Jr in 2004-07, though AJ Allmendinger made several appearances for the squad in '13. 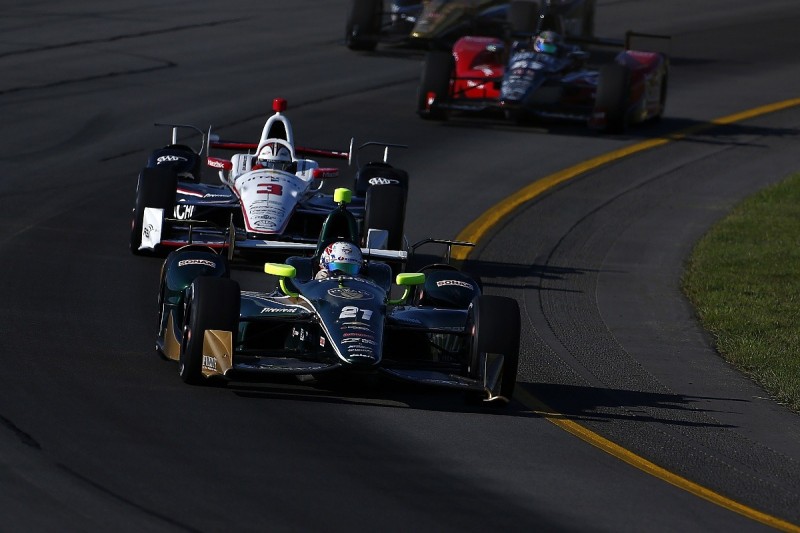 Newgarden has now won three races in an IndyCar career that started when he graduated with Sarah Fisher Hartman Racing as Indy Lights champion in 2011.

"When you look at the top talent in the series, both from a driving and commercial perspective, Josef is near the top of the list," said Penske.

"We are always looking to build toward the future and when we had the opportunity to talk with Josef, we knew that he would be a great fit with our programme.

"He's a fantastic driver on the track and will be great with our partners off the track.

"He's hungry to win more races and win championships and we hope to give him that opportunity as part of our team."

The departing Montoya joined Penske when he returned to single-seaters from NASCAR for 2014.

He fought for the 2015 IndyCar title, only losing out to Scott Dixon on a tiebreak, but his form plunged this season and he spent most of the year out of the top 10 in the championship.

Celebrating its 50th anniversary in 2016, Penske earned its 14th IndyCar title with Pagenaud and took 10 wins and 11 poles from the 16-round season.