Andretti Autosport appeared to have the strongest cars on track during last May's 100th running of the iconic race, and ultimately scored a one-two finish with rookie Alexander Rossi leading Carlos Munoz home.

A pitstop blunder led to Andretti's Honda-powered entry leaving the pits with its front tyres mounted on the wrong sides, and therefore with the completely incorrect air pressures, and he ultimately finished 13th.

The 29-year-old says that blown opportunity overshadowed the remainder of his season, which he finished 16th in the points.

"I've been saying, 'My character's built, I don't need any more character-building,' but I think I was wrong," he said.

"I really believe I'm a better person because of last year.

"I let Indianapolis ruin the rest of my season mentally. I drove extremely frustrated, and you're never going to be fast that way.

"I wasn't having fun, wasn't smiling - obviously you're not smiling when you're not doing good, but I let it spiral out of control.

"The biggest thing for me, going forward, is to stop thinking about the past and the coulda/woulda/shoulda, because you can't fix those anyway."

Andretti has vowed to learn from that mental mire, and avoid a repeat in his 12th IndyCar season.

"I've really been working on the mental side, working on trying to get really excited again," he said.

"I've had bad seasons before, but last season was one I needed to be my best, and it was my worst.

"And I think feeling that it needed to be my best was a lot of the problem. I think I was too focused - I questioned everything I did, and that's a problem. I think having a clear mind is how you go fast." 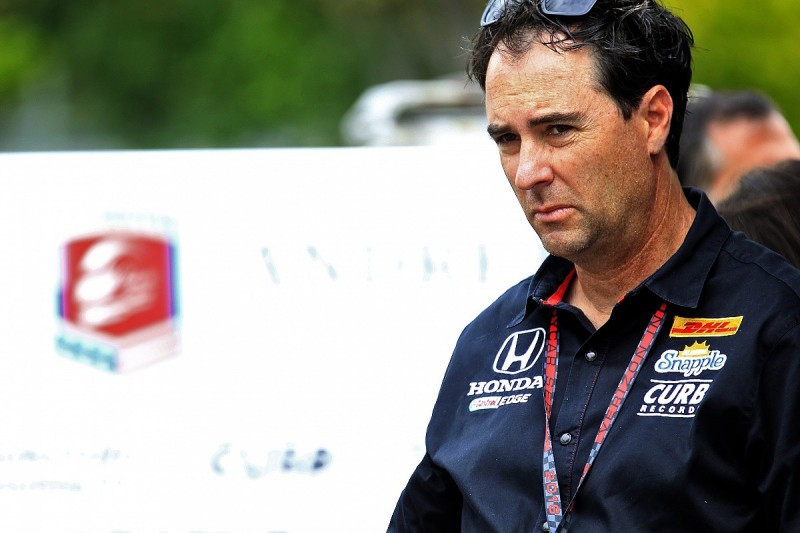 While Rossi runs under the banner of a joint venture between Andretti Autosport and Bryan Herta's outfit, Herta will switch from calling the shots on the Indy 500 winner's car to Andretti's this year.

Andretti is buoyed by having his race-winning former team-mate directly involved.

"Bryan will be a good counter to me - I'm very passionate on the radio," he said.

"I have a lot of respect for him and he believes in me, and I need that.

"One thing I've been working on with the mental side is trying not to get wound up about things you can't control.

"My Dad and I will be, 'Oh no, Penske just went really quick!' but sometimes when you're worried about that, it can derail you from your own programme.

"Bryan's really good like that, he'll keep his focus on 'how can we go faster?'"