While the pair expect to be stronger at the Indianapolis 500 with Honda, they are aware of both the amount Ganassi has to learn about its new partner's aero kit and Honda's recent deficit to Chevy.

"Maybe the tracks that we have coming up first are going to be sort of eye-openers," said Dixon.

"Street courses and maybe some short ovals - they could be our tougher ones.

"If you look at statistics and the data that you have every weekend at these tracks, and segment times, you know exactly where the deficits are.

"It's not like we went into something not knowing the areas we need to improve, but I think through the winter we've found some good gains.

"Whether it's enough at some places... We know where the weaknesses are.

"You always think you know a bit about the competition, but then when reality strikes there are areas that you maybe didn't understand as well."

Kanaan underlined that the Honda package was "completely different" from what Ganassi had used with Chevy.

"So yes, it is a big learning curve. We're flat-out, outside the track, trying to understand that because our set-ups were all made for the Chevy aero kit, and we're just having to relearn everything." 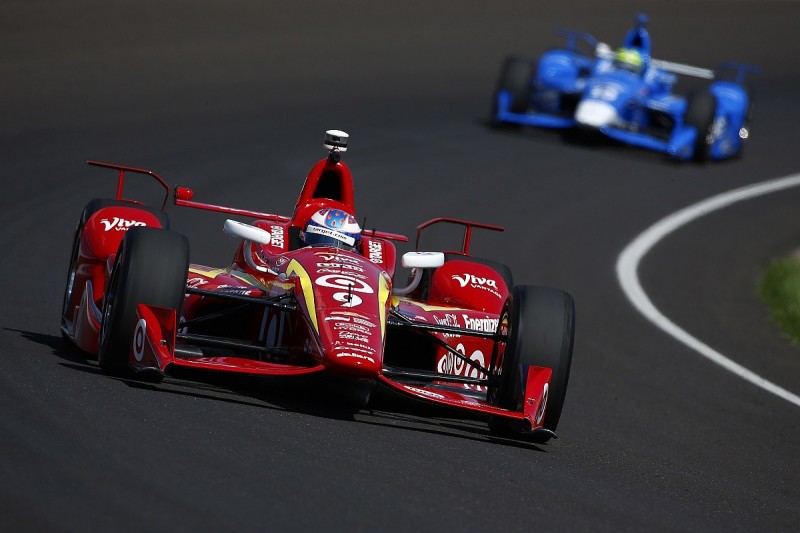 Both drivers believe Honda will help their chances of further Indy 500 victories, though.

"I think we have a lot better chance than we had last year, put it this way," said Kanaan.

"Their package for Indianapolis proved the past three years that it was the package to have.

"It's very promising [but] it doesn't mean anything because I lost races with the best car there so many times!

"But it's definitely a good starting point."

Dixon added: "Hondas were very, very strong at Pocono and the Indy 500.

"I'm sure that came into thoughts of making the decision to switch.

"There's two things that we set goals for, and that's to win the championship and win the Indianapolis 500."

Ganassi only won two IndyCar races in 2016, and Dixon admitted the team had to improve its own operations.

"With such a bad season for us in '16, it was definitely a good year to sit down, look back and understand in a lot of areas where we were not as efficient and making a lot more mistakes than we should as a team," he said.

"[Ganassi is] hopefully getting back to a lot of the basics and doing them better, which I think will help us with consistency and performance throughout the year."