Hinchcliffe and Chip Ganassi Racing's Scott Dixon were testing on Wednesday as part of Honda's allocated running for manufacturers.

Hinchcliffe hit the wall at Turn 3 towards the end of the day and he has yet to pinpoint the cause.

"We were still getting up to speed on a run, not at full song yet, and hadn't really been having any issues with the rear," Hinchcliffe told Autosport.

"I don't want to speculate but the team found something in the data that was a little questionable so we'll look into that a bit more and hopefully have a real explanation later.

"Thankfully that was late in the day though, and up to that point things had gone pretty well.

"But it's less than ideal at a time when there's not a lot of spare parts for the new kit floating around."

The new aerokit removes a significant amount of downforce and Hinchcliffe says it has changed the driving style.

"You can feel a pretty big difference," he said. "You have to drive the car a lot more, that's for sure.

"Between the aero changes and weight distribution changes, most of our set-ups have gone out the door, and we're starting from scratch."

With only Honda and Chevrolet currently allowed to run two cars in aerokit tests, most IndyCar drivers have yet to experience running in dirty air.

A key goal of the new aerokit is to enable closer wheel-to-wheel running, with Dallara understood to be confident it has achieved that target. 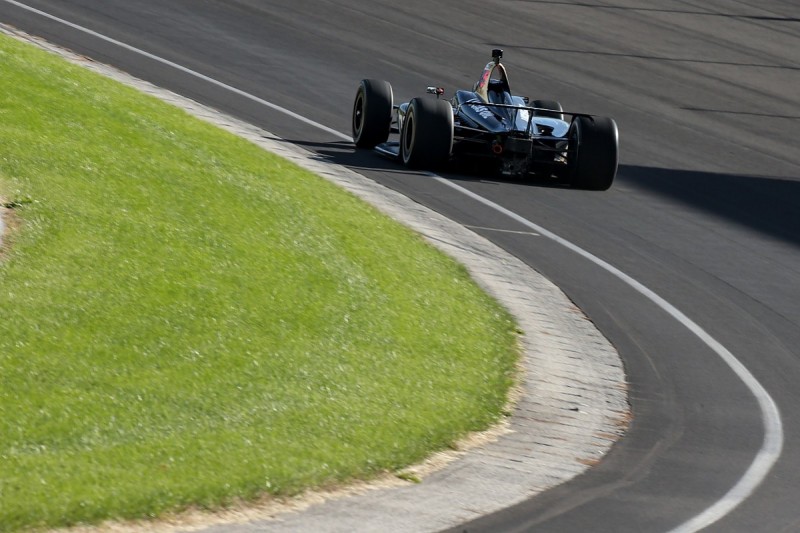 Hinchcliffe's crash limited his chance to run with Dixon at Phoenix, which had been a particularly poor track for passing under the previous aero rules.

"The big thing everyone wants to see there is more tyre degradation and the long runs tell us we're going to have that, no doubt about it," said Hinchcliffe.

"It's still to be seen how the cars behave in a pack creating dirty air, but the degradation should ensure the show is better than in previous years."

IndyCar champion Josef Newgarden has been one of Chevrolet's testers, and told Autosport that traffic is still an unknown.

"I've been in the car two days now, I got a day at Sebring where I've not followed IndyCars and I did a day at Texas where I followed a car for five laps. It's just not a good indication of what the car is going to do behind 20 or so cars.

"Behind one car, I'd say the new aerokit is very stable, probably more stable than what we've had in the past, you notice less movement the car, which is nice.

"You notice very clean airflow, it seems to connect to the car behind very cleanly."