Dallara will manufacturer a new, spec aerodynamic package for its IR12 chassis from 2018, replacing the kits developed by Chevrolet and Honda.

Testing will start at Indianapolis Motor Speedway on July 25-26, followed by outings at Mid-Ohio on August 1, Iowa Speedway on August 28 and Sebring on September 26, the latter considered the closest simulation for a street course.

Jay Frye, IndyCar's president of competition and operations, says full details of the test programme will be revealed shortly, but Autosport understands Montoya will drive the Chevrolet-powered test mule and Servia the Honda.

"I can't tell you who we've signed up, but we're looking for drivers who are 'current' on the current IndyCar, but who are not full-time now," Frye told Autosport.

"There's a handful who would qualify for it, but once we got this test schedule organised, we had to make sure that these drivers could do the whole schedule, and obviously that eliminates some drivers who have other commitments."

Montoya lost his full-time Penske ride to Josef Newgarden this year, but contested the Indianapolis road course race and Indy 500, while Servia raced in the latter and the Detroit double header with Rahal Letterman Lanigan Racing.

"The personnel involved - teams and drivers - will be consistent throughout the whole process, for all four events or tests," Frye said.

"We should know within the next week to 10 days who will be involved.

"Between tests, the cars will be impounded at Dallara and kept separate, and they'll be run from separate garages to preserve the confidentiality of the manufacturers. 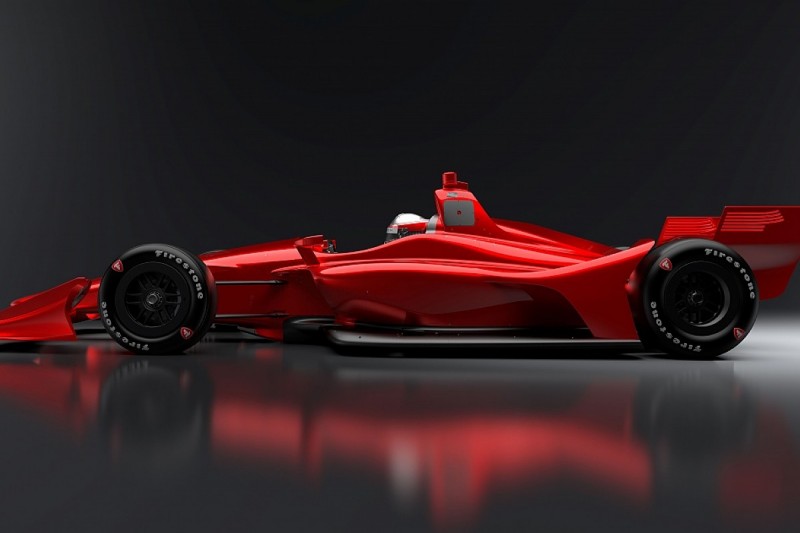 "The aerokit is obviously the same but there are certain areas of the car where the manufacturers have boxes they can work in - where they locate their electronics, certain plumbing elements, cooling elements and so on - which are different, so that's why they're kept separate."

Frye emphasised that although IndyCar will rigorously test the basics of the 2018 package at the four different types of track the series races on, the finer details will be left to teams.

"We're not necessarily going to test the IndyCar, as such," he said.

"We're going to these tracks to check off some boxes once we've confirmed the car meets certain criteria.

"Once we've met our criteria we're basically done. This is more of a sign-off process. The testing will be left up to the manufacturers and the teams.

"Things like there are certain numbers we need to meet at the Speedway on single-car runs.

"Then we want to do full-tank runs and see what happens over the course of a longer stint.

"Then we'll have each of the cars taking it in turns to run behind the other and see how they react running closely."