The series is switching to a common aerokit next season and is carrying out initial tests of the new package centrally before teams begin their own programmes.

Montoya drove a Chevrolet-powered car on Tuesday, with Servia at the wheel of the Honda-engined version.

The new car is lighter and 66% of its downforce now comes from the underbody - an increase of 19%.

It is hoped that the reduction in the complexity of the top surface aerodynamic parts will reduce turbulence and make it easier for cars to follow one another and overtake.

A key aim of the switch to universal aerokits is reducing costs and encouraging new teams to join the grid. 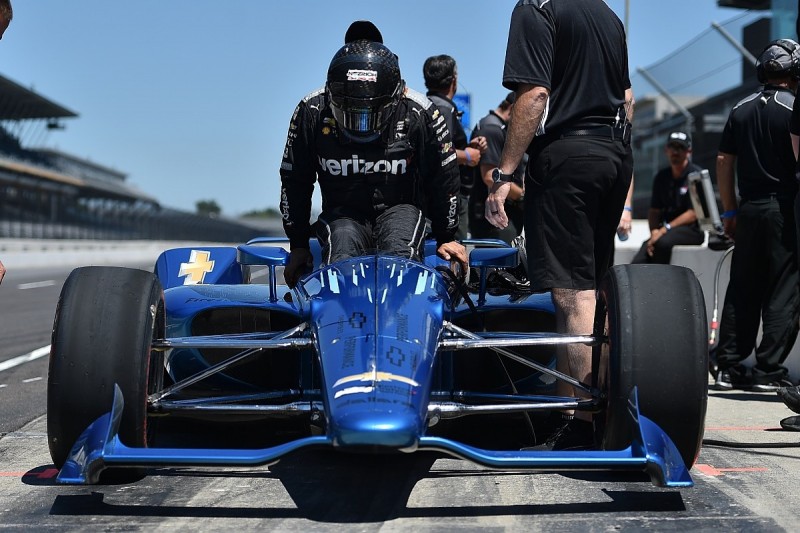 IndyCar president of competition and operations Jay Frye said keeping the initial outlay required for the new bodywork at a reasonable figure had been a priority and "it's not as much as we first thought it would be".

With the new aerokit less complex, the expectation is that fewer replacement parts will be required during a season, and Frye has also negotiated a three-year fixed cost deal for teams with car builder Dallara.

"The annual cost should be 30-40% less than what the current car is," Frye said.

Schmidt Peterson Motorsports team principal Sam Schmidt has long called for IndyCar costs to come down, and said the changes for 2018 were a good step but not a full solution.

"We haven't dug deep enough for the costs of the 2018 car, but it should be less than we budgeted," Schmidt told Autosport.

"Still way more than it needs to be, but a step in the right direction."

Video: Watch action from the first test for IndyCar's 2018 design