Ten cars were eliminated in the first 30 minutes of the two-hour race after three multi-car crashes depleted the field.

Brands Hatch winner Michael Igoe was tagged at the first corner by Nick Jones and then hit by Leo Machitski, bringing out the first of four safety cars. Two GT4 crashes in quick succession then caused the retirement of seven cars, including two of the three Team Rocket RJN McLarens.

Salkeld went on to finish second, after serving a 10-second stop/go penalty, while Ferguson was given a formal written reprimand and two licence points.

RJN boss Bob Neville told Autosport: “Hopefully something can be done going forward to try and reduce this unnecessary contact. I really would appreciate some thoughts going into maintaining better driving standards.”

Balfe Motorsport team boss Shaun Balfe added: “The only winners will be the ones that dragged themselves onto the podium and the insurance companies."

Championship manager Lauren Granville has pledged to take swift action ahead of next weekend’s round at Spa. 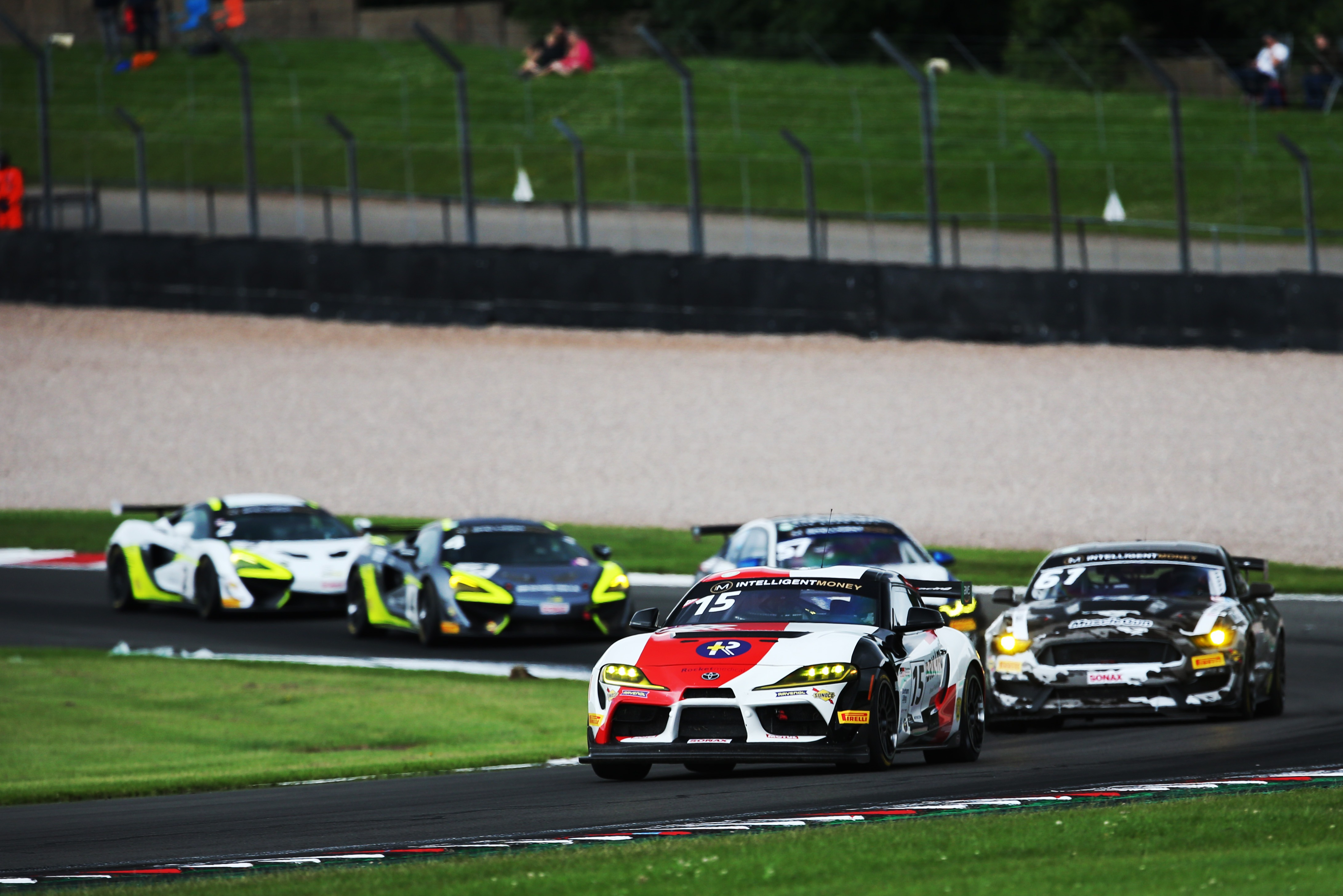 She told Autosport: “Some of the driving at Donington wasn’t up to the standard usually associated with British GT. We pride ourselves on clean and fair racing, which has predominantly been the case in recent years, while the previous round at Silverstone ran for three hours without a safety car period.

“Most of what we saw at Donington was unnecessary and avoidable. It was also clear that the penalties issued – as per existing regulations – are not sufficient to deter poor driving. We are already working with the British Racing and Sports Car Club to outline several new, harsher deterrents that will be implemented from Spa onwards.”

Team ABBA Racing has reversed its plan not to attend British GT’s away round at Spa following its maiden category victory at Donington Park.

Father-and-son pairing Richard and Sam Neary jumped up to second in the standings after their breakthrough win last weekend.

Speaking to Autosport, Sam Neary said the win had “solidified our place in the championship” and injected belief that they can challenge for the title.

“We weren’t going to go to Spa, but obviously circumstances have changed now so we are going,” he said. “We’ve always had glimmers of this pace and everyone has always said we just needed some luck, and finally to say we’ve won a race now, it’s like that final piece of the jigsaw.

“It’s definitely boosted the confidence. I don’t think this is going to be our last win this season.”

The team’s win came following extensive repairs when a brake disc exploded on Saturday and despite chief mechanic Shane Fearns having to self-isolate and miss the event.

Gruppe M DTM mechanic Luke Kendall was brought in, while Liam Walker was a stand-in number two mechanic on his first weekend with the car.

“It was a complete team event to get that car out,” added Neary Jr. “Everyone played their part.”