Haas Formula 1 simulator driver Louis Deletraz is set to return to the GT ranks this season in the GT World Challenge Europe with the factory-backed GPX Racing squad.

The Swiss, who will be racing in Formula 2 again this year with the Charouz team, has been pencilled in to drive one of the Dubai entrant's Porsche 911 GT3-Rs at the Paul Ricard 1000Km six-hour GTWCE Endurance Cup round on May 30 should it go ahead.

Deletraz will replace Dennis Olsen, who is scheduled to be racing in the IMSA SportsCar Championship in Detroit on the same weekend, in the line-up alongside Romain Dumas and Thomas Preining on a one-off basis.

It will be his first GT race since 2016, when he contested four rounds of the ADAC GT Masters in Germany for Schubert Motorsport when he was part of BMW's junior programme.

Deletraz, who has been backed by GPX's driver academy since karting, explained that he wanted to add to his sportscar experience with some GT racing in addition to driving with the Rebellion Racing LMP1 team at the Le Mans 24 Hours.

"Getting to F1 remains my priority, but it is important to drive cars other than single-seaters to try to become a more complete driver," he told Autosport.

"When GPX rang me, I thought this was the perfect condition to do another race in another type of car — it can only be good for me." 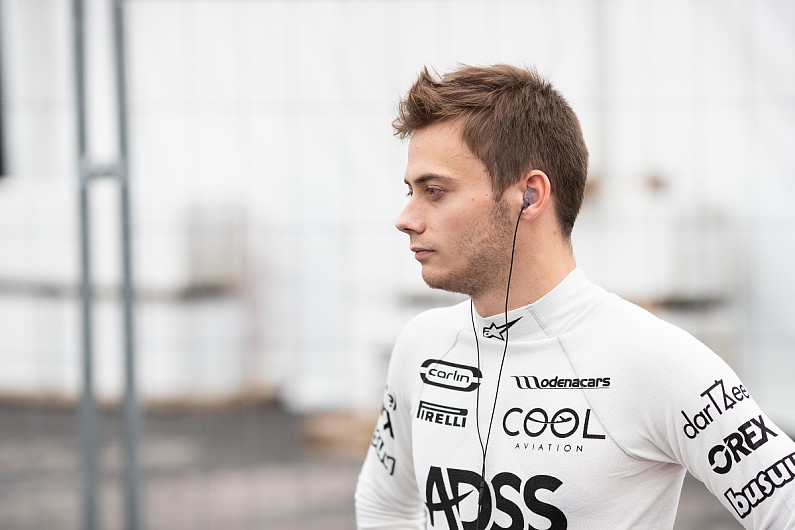 Deletraz added that he was looking forward to sharing the car with two-time Le Mans winner Romain Dumas, who will also be one of his team-mates in the Rebellion-Gibson R-13 at the Le Mans World Endurance Championship round now rescheduled for September.

"Romain has so much experience in sportscars, so I know I can learn a lot from him," he said.

It remains unclear whether the Ricard GTWCE round will go ahead as the coronavirus crisis escalates, but series boss Stephane Ratel has revealed that he has contingency plans in place to maintain a 10-round calendar across the Endurance and Sprint Cups.

Deletraz expressed the hope that the reworked calendars for F2, the WEC and GTWCE will allow him to maintain the varied programme he has planned for 2020.

He got his first experience of the Porsche at last week's official GTWCE test at Paul Ricard.

The GPX team's other car is scheduled to be driven by Patrick Pilet, Matt Campbell and Mathieu Jaminet in all five GTWCE enduros.